Honestly: MLW has some of the best MMA Representation in all of Professional Wrestling 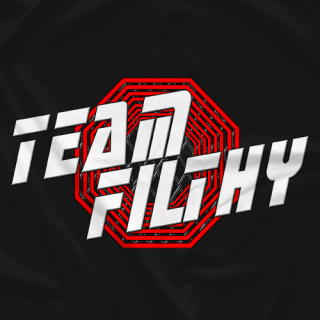 In the world of professional wrestling, blurring the lines between your standard wrestling matches and “shoot fights” can often be very dangerous. Bringing mixed martial arts into the world of wrestling is more often than not a recipe for disaster. Wrestling fans don’t want to see two people try and put holds on each other for 3 rounds and MMA fans don’t want to see a bastardized version of a respected sport. While there are great examples of MMA representation in pro wrestling in the past through guys like Ken Shamrock and Dan Severn, nowadays MMA representation is harder to come by in the mainstream. However, one wrestling company managed to find a way to portray MMA as legitimate as to not water it down for a pro wrestling audience, yet tweak it in ways that pro wrestling fans would enjoy. That company is Major League Wrestling. MLW has two great MMA style factions that are composed of great fighters as well as great wrestlers, creating this perfect blend of two worlds. MLW has managed to create a fantastic representation for mixed martial arts in professional wrestling and here’s why.

As previously mentioned, MLW has two main MMA style factions that represent the sport very well. One of those is Team Filthy. Led by their captain “Filthy” Tom Lawlor, the group uses dirty tactics to get the upperhand in fights, while simultaneously being fantastic fighters in their own right. Dominic Garrini is a purple belt in Brazilian Jiu Jitsu and is ranked as one of the top fighters of the style in the world. Kevin Ku, while not necessarily an MMA fighter, has an explosive offense, able to throw quick but effective punches and kicks to take down opponents. Tom Lawlor himself is a highly accomplished former MMA fighter, having a record of six wins and five losses in UFC and 11 wins in total out of 20 total career MMA fights. Even former members like Simon Gotch, Fred Yehi and Erick Stevens brought a sense of legitimacy as well as entertainment to the group. So what makes Team Filthy so successful in MLW? Two things. One, all three men have unique and different styles of fighting that work off of each very well in the ring. Garrini’s jiu jitsu style plays off of Ku’s impactful brawling style very well, same with Ku and Lawlor. Lawlor and Garrini having natural chemistry is a no-brainer as well, as both men come from very similar backgrounds and play off each other perfectly. The other thing that makes them so successful is that while they are all legitimate fighters, they don’t always act as such. They constantly try taking shortcuts, finding ways to gouge eyes or low blow opponents. Their insistence on playing dirty, or in their case filthy, makes them unique and stand out from all other interpretations of MMA in pro wrestling. In many respects it would make sense for MMA fighters to take shortcuts fighting pro wrestlers because, in kayfabe, they don’t understand the pro wrestling style fully. It would be much harder for Dominic Garrini to get a takedown on Marshall Von Erich than another MMA fighter for example because there’s also the factor of different weight classes. MMA fighters are used to fighting in set weight classes. Pro wrestling is usually not as strict on weight classes as MMA is, so there’s much more variation between competitors that Team Filthy has to fight. They also have the advantage of their trusty towel boy and cornerman Kit Osbourne (also known as Rip Von Erich) that constantly helps them to win matches. However, simultaneously, Team Filthy are still able to showcase their legitimate fighting prowess in their matches, showing that while some pro wrestlers may be able to put up a fight, they’re ultimately no match for an experienced shoot fighter.

On the other side of the spectrum, MLW has another MMA faction that’s treated seriously 100% of the time. That faction is American Top Team. Led by Dan Lambert, the group has produced several highly decorated fighters such as Bobby Lashley, King Mo and Amanda Nunes. With MLW’s relaunch happening recently, ATT has had a slight reshuffling in the promotion as of late, being only two members at the moment. One of those members is King Mo. King Mo came into MLW with a lot of hype around him. He made several appearances in Impact Wrestling, but never officially wrestled a match for them. In MLW, Mo was actually going to get in the ring and show how his pro wrestling training has paid off. Overall, Mo is very entertaining to watch in the ring. He has a good blend of his MMA background while also having a good grasp on wrestling fundamentals. Sometimes his pro wrestling moves and his selling comes off as awkward, but it surprisingly works because it goes back to my earlier argument. MMA fighters don’t understand the world of pro wrestling the same way a professional wrestler does. A pro wrestler would out class an MMA fighter in doing crazy spots and explosive offense while an MMA fighter would most likely do better at applying submissions and holds, keeping opponents grounded. MMA fighters must do what they’re used to. They’re no longer in their wheelhouse, in their element. In order to adapt, they have to find ways to incorporate nuances from the environment they’re used to. Mo does this very well. He’s had great matches with members of the MLW roster, most notably Low Ki and he’s bound to have many more with MLW finally back and running again.

In addition to King Mo, the other member of ATT is someone I’ve detailed previously so I’ll keep it a bit shorter. In the 2021 MLW draft, MLW revealed the newest member to ATT, the “Suplex Assassin” Alex Kane. After only competing in MLW for one night, it’s clear that he’s a fantastic fit for the group. His wide array of suplexes and intensity is something that hasn’t been seen from MLW’s version of American Top Team yet. Kane comes off as this unhinged monster that Mo has seemingly molded into the ATT image. Plus the gimmick of Mo holding up number cards to indicate the number of suplexes Kane does per match is a fantastic gimmick that I hope comes to television soon. With his endless barrage of suplexes, Kane has all the tools to be this generation’s version of Taz.

MMA is a very tricky style of fighting to incorporate into the world of professional wrestling. While the use of guys like Ken Shamrock and Dan Severn worked very well to introduce MMA to pro wrestling in the late 90’s, for some reason MMA just never stuck around the same way past that. However, it seems as though MMA in professional wrestling is having a resurgence. Guys like Matt Riddle and pro wrestlers with MMA backgrounds coming back like Brock Lesnar and Bobby Lashley are helping WWE have an MMA representation once again. AEW have great factions like Team Taz and great MMA fighters like Jake Hager and Wardlow. However, MLW is the company in my opinion that manages to portray MMA the best currently. The use of factions like Team Filthy and American Top Team create this great juxtaposition between two different types of MMA styles: those that try to adjust to the pro wrestling style and play the part of dastardly heels (Team Filthy) and those that stick to their roots and rely on the comfortability of their previous environment ( American Top Team.) Both factions are fantastic in their own ways and solidify that MLW has the best MMA representation in professional wrestling.