Honestly: MLW Has all the Tools to become the next Breakout Wrestling Promotion 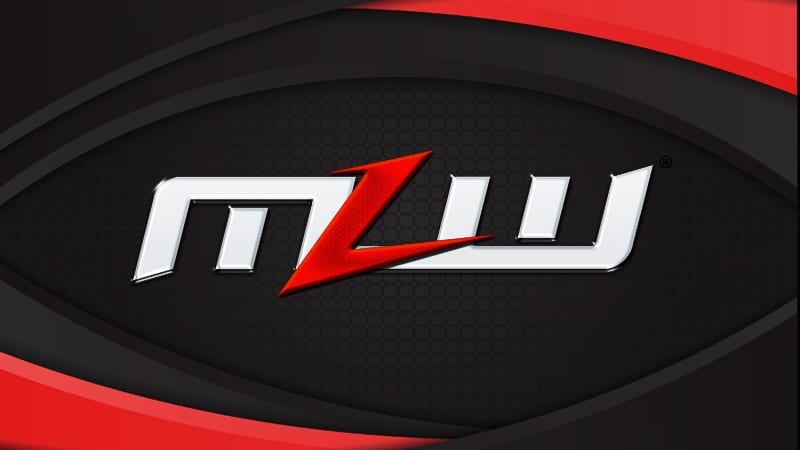 After attending MLW’s Battle Riot tapings this past Saturday, I’ve come to a sudden realization. Not only is MLW a great all around wrestling company, but this show showcased why Major League Wrestling has all of the tools necessary to become a major wrestling promotion one day. With MLW recently moving to VICETV, and new episodes of their weekly show Fusion to air very soon, here are a few reasons why the wrestling world needs to check this company out.

In the modern age of professional wrestling, the main key component that creates interest from wrestling fans is high work rate and explosive in ring competition. While most wrestling fans agree that All Elite Wrestling at the moment is the staple of this philosophy on a national level, MLW is a company that is not far behind. Week in and week out, MLW puts on highly competitive in ring action that will have any wrestling fan on the edge of their seats. However, like most companies, they don’t rely on one particular wrestling style that is showcased. Rather, MLW features amazing in ring action from all walks of life. If you enjoy technical wizardry, you can watch TJP and eventually Davey Richards tie people in knots and create art on the canvas. If you’re more of a Lucha fan, MLW has you covered. With the announcement of Azteca Underground, more of an emphasis on Lucha Libre has been created with stars like Puma King, Arez and Aramis. MMA style is also showcased amazingly in MLW with the inclusion of guys like Tom Lawlor and the rest of Team Filthy and American Top Team. Even fans of brawling and death match wrestling have something to look forward to with guys like Savio Vega and older marches involving guys like Mance Warner and Jimmy Havoc. Major League Wrestling not only showcases great in ring action, but they do it in the smartest way possible that will make them successful. They appeal to all different types of fans. Appealing to only one certain style of wrestling lessens the scope of your audience, leaving them stuck with one permanent fan base. While it’s fantastic to see wrestling companies find their niche within the pro wrestling world, if most companies are to evolve, they must do what MLW does and appeal to all audiences. This is a major factor as to why MLW will soon be highly successful on a national level.

Another important aspect of MLW that helps them stand out from other wrestling companies is their overall presentation. Their presentation comes off as highly genuine, making you believe that what you’re watching is a legitimate sporting event you’d find on ESPN. Much like AEW, MLW relies on ranking systems to determine challengers for championships. However unlike AEW, they factor in more than just win-loss record. They also factor in aspects like in ring ability, charisma, intensity, etc.  This genuinely makes the rankings feel more interesting because it’s highly realistic for a great number of factors to be taken into account when deciding challengers for champions. Another great addition to MLW’s presentation is time limits. Before their recent hiatus, MLW began implementing set time limits and time counters to see how long matches go and how long it would take certain people to defeat their opponents. This is a very smart idea because it helps show how dominant wrestlers like Madds Krueger, Jacob Fatu and Alexander Hammerstone are by being able to defeat opponents so quickly and convincingly. However, I feel the biggest new addition to MLW that will make them stand out in terms of presentation is the inclusion of a draft. The overall presentation of the MLW draft was very well done with Alicia Atout hyping up new recent signees to the promotion by discussing their previous work. It’s a highly effective way to get over new talent that might be lesser known to most fans. Which brings me to my next point.

As mentioned earlier, MLW has a wide variety of in ring styles that are showcased weekly ranging from Lucha to even MMA fighting. Because of this, fans are treated to a wide variety of new, fresh talent that are showcased very effectively. At the recent Battle Riot tapings for example, MLW effectively showcased all of their most recent talents they announced during the MLW draft. Lee Moriarty showed off his unique taiga-style of fighting in a fantastic match against Calvin Tankman. Alex Kane showed why he was worthy of being a member of American Top team by absolutely dismantling his opponent. Aramis and Arez had an absolute Lucha classic and the return of Davey Richards was absolutely electric. Even talents like  “The Judge” EJ Nduka absolutely dominated Battle Riot, eliminating several wrestlers and looking like a million bucks. MLW proved during this show that if you didn’t know the names of these talents before, once you watch them you’ll never forget.

While in ring ability is absolutely important to the professional wrestling craft, people must soon realize that character work is just as essential at creating new stars. MLW is certainly rich with compelling characters. Take for example, Richard Holliday. Richard Holliday is not only one of the best heels in the company, but one of the most underappreciated heels in the business. Rubbing noses with MJF for a considerable amount of time, Holliday has truly come into his own as the egotistical, dynastic marketing genius that is the Air Pod God. Other characters like Injustice are equally as compelling and work well as either faces or heels. Myron Reed and Jordan Oliver created this great gimmick of fighting the injustices that they claimed MLW put upon them, and they’ve evolved into one of the best acts in the company. “Filthy” Tom Lawlor is another that fits into this category as well, as he quickly went from being a white meat babyface to becoming this smarmy prick that is so entertaining to watch. However the most notable character worth mentioning is the group known as CONTRA Unit. CONTRA are the worldwide dealers in violence and constantly wreak havoc on the MLW roster through the most violent means possible. Whether it be through throwing fireballs or driving a railroad spike into someone’s head, they are without a doubt worthy of being the top heel faction in the company. Now the question on everyone’s mind should be this: How was MLW able to make these characters so successful? Well, this was certainly a mix of two things. Number one, this was definitely made possible due to the efforts that these individuals put into their respective gimmicks. And number two, MLW was able to showcase these gimmicks that are more grounded in reality. With gimmicks like egotistical MMA fighters and racially oppressed talent, MLW has made itself come off as a company grounded greatly in reality, something that most MLW fans could easily and tangibly relate to. No supernatural gimmicks are needed or goofy characters. These characters feel real and MLW does an excellent job presenting them as such.

A HIGHLY CREDIBLE CLASS OF CHAMPIONS

Our final topic of discussion will be centered around MLW’s roster of champions. MLW’s champions are unique to most wrestling companies because whereas in most companies, a few champions will feel legitimate, in MLW all the champions feel legitimate. MLW’s presentation of a more grounded, sports based product has in turn created amazingly dominant champions in their respective divisions. Jacob Fatu as the MLW World Champion has dominated every challenger he’s faced over the past two years to the point where very few feel there’s anyone that can stop him. Alexander Hammerstone has been the National Openweight champion for over 770 days and counting and carries himself as someone who is both dominant and ready to take on all comers. Myron Reed as the World Middleweight champion is exceptionally good as well. His feud with Lio Rush was fantastic, with Reed having this amazing drive to get back the middleweight title and represent the division proudly again. This isn’t something you’d normally see in a company like WWE when someone loses a title. Because of this, titles begin to feel diminished and feel less important. In MLW, every title feels important. Every division feels special. Every champion is a must watch performer.

Major League Wrestling is a company that has been around since 2002. However, it only rose to

some prominence a few years ago with the launch of their weekly show Fusion on YouTube. Since then, MLW has been slowly but surely winning over wrestling fans from all walks of life, myself included. With their new move to VICETV and them impressively selling out recent TV tapings in Philadelphia and Texas very soon, now is the time for wrestling fans to see what MLW is all about. Wrestling fans can be introduced to new upstart talent, to new styles of wrestling rarely seen before. They can be introduced to a presentation that makes the program feel genuine and sports-like as well as amazing characters and dominant champions. Many wrestling fans feel companies like WWE have them in a vice, that there’s very little alternatives to the sports entertainment juggernaut. What’s the solution to getting out of this vice? Simple. Switch over to VICE and check out MLW.