Honestly: MLW has a Great Pool of Young, Hungry Talent 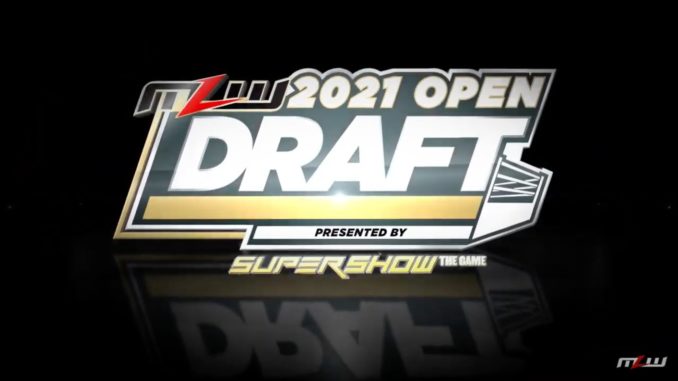 A few months ago, MLW had their very own draft. Unlike most pro wrestling drafts that you would find in companies like WWE, this wasn’t necessarily about confirming established names returning for the relaunch. Everyone already knew that was a given. What ultimately mattered the most in this draft was the new, young talent MLW picked up. With wrestlers from all walks of life like high-flying, MMA and Lucha Libre, MLW has acquired a great pool of young, hungry talent and here are a few of those names to look out for and why.

If you want to talk about a man that took wrestling Twitter by storm over the past weekend, look no further than EJ Nduka. After several weeks of waiting, MLW finally aired the Battle Riot match. In this match, several of their newest signees were able to be showcased and every single one of them created an impression on the MLW audience. Nduka, however, arguably left the greatest impression. Up until a few months ago, Nduka was signed to a developmental deal for WWE and worked in NXT, but unfortunately never made it to TV before being released. However, when most people get released, they choose to work harder and prove everyone wrong. Nduka did just that this past Saturday. Nduka came into the Battle Riot and absolutely dominated the match. He eliminated 12 men and had a highly explosive offense. He delivered a vicious clothesline to the 300+ pound Beastman, eliminating him with ease. He hit a rough, impactful spear on Gringo Loco, and hit a fantastic spinebuster (now called the Nduka Buster) on Bu Ku Dao. On top of having an explosive in-ring style, he also got a chance to showcase his promo abilities, cutting a good, short promo on Team Filthy before the match. This man can be a solid National Openweight champion one day and has all the tools to beat Alex Hammerstone for the title and begin carving his legacy. Nduka impressed not only me, but several MLW fans in his debut and the sky’s the limit for him to show why WWE was wrong to release him.

When it comes to a showcase of suplexes, people may be more commonly familiar with wrestlers like Taz, Brock Lesnar and Scott Steiner. But, in my opinion, Alex Kane has some of the best suplexes in wrestling today. Being dubbed the “Suplex Assassin”, Alex Kane came into the Battle Riot as the newest member of American Top Team and delivered big time. Not only did he come into the match and deliver intense suplexes to his opponents, but each suplex was different and unique. No two suplexes were the same. His standoff with Calvin Tankman was really cool, too, hyping up a potential collision between two hosses. Kane was even able to suplex Tankman with ease, and Tankman is a 300 pound man in his own right. Alex Kane has so much potential to be the next Brock Lesnar, to be the next Taz. I could even see him winning the Opera Cup later this year.

Going into Battle Riot, I wasn’t too familiar with Lee Moriarty. However, after Battle Riot, he’s definitely a man to look out for going forward. Lee’s explosive style of wrestling that he’s dubbed “Taiga Style” is fast paced and very exciting to watch. He had a great showing against guys like Davey Richards and TJP early on in the Battle Riot and earlier in the show had a fantastic match against Calvin Tankman. I hope MLW airs that match in the near future because that was a star-making performance for Lee that made me a huge fan of his. I look forward to seeing more of him in MLW and perhaps go for the Middleweight championship.

In addition to Lee Moriarty, another young middleweight that came along that impressed me at the Battle Riot tapings was KC Navarro. At only 22 years old, this man is officially signed to a major independent company in MLW and has even competed in other high profile companies, most notably a few appearances on AEW Dark. While he unfortunately didn’t get to showcase enough of his skills in the actual Battle Riot match, his match earlier in the show against Gino Medina was a great showcase for him. Even in defeat, he made fans out of a great number of the Philadelphia crowd, myself included. He may be only 22, but he’s a definite future Middleweight champion. Perhaps he could even be the one to dethrone Myron Reed.

Excluding the 2021 MLW Draft, there are two notable young, established talents that are worth mentioning as well. These two men are Jordan Oliver and the World Middleweight champion Myron Reed. While these two have been in MLW for some time now, these men have quickly become one of MLW’s best tag teams. Jordan Oliver has this great demeanor of being the young, cocky, brash kid that doesn’t know any better. But he always goes out there and proves why he belongs. His most notable performance was his MLW World Title match against Jacob Fatu a few months ago that I recommend people check out. That was a star-making performance for Oliver in my opinion and I believe he’s on the right path to becoming a major breakout star. Myron Reed is also a fantastic Middleweight champion. He carries the title with a great deal of honor and prestige. He’s proud of being the champion and will happily take on all comers to not only prove that he’s the Young GOAT, but also to bring legitimacy to the division. On top of that, he’s a fantastic talent in the ring and on the mic. His presentation is great and he carries himself with enough seriousness to make him come off as a legitimate player in the company. Both men absolutely shine in MLW and I’d love to see both guys tear it up in a company like WWE or AEW one day.

In addition to getting high-flying wrestlers like KC Navarro, powerhouses like EJ Nduka and suplex wizards like Alex Kane, MLW also managed to get their hands on two exceptional luchadors. Representing Cesar Duran’s Azteca Underground promotion, Aramis and Arez came into Philadelphia and left a very notable impact on the audience. The two men had a match against each other and they tore the house DOWN. Aramis has a wide array of fantastic high-flying moves and the chemistry with Arez’s “strange style” worked wonderfully to craft an amazing showcase of Lucha Libre. I really hope MLW airs this match sometime in the near future because this is not only one of the best Lucha Libre matches in MLW history, but probably one of the greatest Lucha Libre matches I’ve ever seen.

Finally, we come to the most shocking recent addition to the MLW roster, the latest incarnation of The Latin American Xchange. The newest incarnation, composed of Rivera (also known as Danny Limelight), Slice Boogie and Julius Smokes came in and immediately made an impact targeting INJUSTICE. Limelight is a great promo and a great wrestler who’s been featured several times on AEW Dark as well. Slice Boogie is a massive big man who looks like a killer, and Julius Smokes is absolutely mental. This man even came out and had to be restrained like a dog. The unique dynamic between the three men is something that hasn’t been seen before in any incarnation of LAX and that’s nothing more than a testament to the talent of all three men in the group. I’m really looking forward to them tearing it up against INJUSTICE and the other tag teams in the tag team division.

If the 2021 MLW draft has proven anything, it’s that the future is bright for Major League Wrestling. Every single one of MLW’s newest signees went out to the ring at Battle Riot and impressed countless people both in attendance and watching at home worldwide. Powerhouses like EJ Nduka and Alex Kane demolished opponents in the match, being two clear standouts coming out of the 40 man affair. Young highflying talent like KC Navarro went out there and proved that even though he’s young, he has a bright future ahead of him. Lee Moriarty showcased his unique taiga style of wrestling and had a great showing in both the Battle Riot and his match against Calvin Tankman. Aramis and Arez put on a match for the ages and proved why they are some of the best young luchadores out there today. Even tag teams like the new LAX brought a new dynamic to both the LAX lineage as well as to the MLW tag team division. Excluding the draft, young established talents like Myron Reed and Jordan Oliver showcase day in and day out why they’re both future stars in this industry. MLW has a slew of fantastic, young talent from all different walks of wrestling and I have no doubt they’ll be able to show to the world what they’re made of.