Honestly: MJF vs CM Punk Is The Must See Match Of AEW Revolution 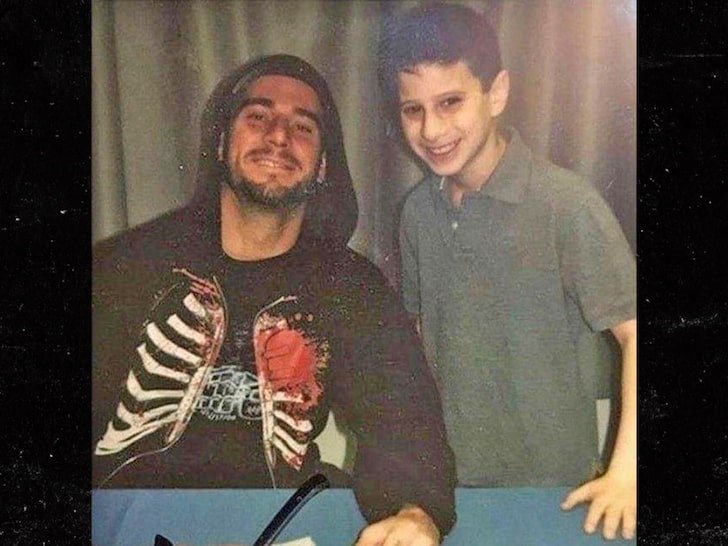 Considering the two men that are in this match, it should come as no surprise to anyone that this is the best built most compelling storyline and is the must-see attraction going into the PPV in my opinion. The reason for that is actually really simple, you have two of the best mic workers in the business today and they use that ability to weave a compelling story with it. MJF is the hottest heel in the business today and CM Punk has this connection with the fans that is unique and special, so this whole feud has been a pleasure to watch so far.

One of the biggest issues I have had with AEW is often times they blow off feuds with just one match, when there is a lot more than could be done. Both Punk and MJF have suffered from this problem in AEW’s booking. CM Punk had a heated exchange on the mic with Eddie Kingston and was an incredibly compelling story going into Full Gear 2021. They had a hell of a match on the show, with Punk coming out on top and instead of continuing the feud they both went their own way like it never happened. At the same time, MJF had a heated feud with Darby Allin, to me it was the most compelling match going into Full Gear and in my opinion, it was the match of the night. Surprisingly, MJF pulled out the win in this heated match. Just like the Punk/Kingston feud, AEW just dropped this feud too. Both these feuds were so successful because the build ups were incredible on the mic and elements of realism were used in their builds which as I have said before that creates compelling and interesting stories. Despite having so much potential for continuing these rivalries, which were pure entertainment and for a company that could use money feuds they threw two of them away by just dropping them.

So, to say that both Punk and MJF needed this feud with each other would be an understatement in my opinion. Not every feud needs to go on for months, but when you have a compelling storyline, you keep it going and I’m glad that they are at least continuing this feud. MJF became the first man to defeat Punk in his AEW run on the February 2, 2022, episode of Dynamite in Punk’s hometown of Chicago. This got MJF even more heat as in typical heel fashion he cheated to win. The mic work with the cheap shots from both men has been pure entertainment, but MJF’s promo last week was one of the best promos I have ever seen. It was so real and so genuine and that really turned this rivalry to a whole other level.

For those that don’t know or need a reminder, Dog Collar matches are rare and incredibly brutal matches. Probably the most well-known and definitive one if that is a thing is when future HOFamers, Rowdy Roddy Piper took on Greg “The Hammer” Valentine in an absolute war at NWA Starrcade 83. A match so brutal and real, Valentine broke Piper’s left eardrum with the collar’s chain, causing Piper to permanently lose 50–75% percent of his hearing in that ear.

This is not the first Dog Collar match to take place in AEW as there was one previous one, which featured Cody Rhodes challenging Brodie Lee for the TNT Championship. This match was tragically the last match of Brodie Lee’s career as he would pass away a few months later. With Greg Valentine in attendance, the two men put on a brutal classic. A highlight match in both men’s careers that they could be proud of and a bar that has been set in modern dog collar matches.

However, one thing that many fans may not realize is that both CM Punk and MJF have competed in a Dog Collar match in the past. In Punk’s case it has been almost 20 years ago, but ROH Death Before Dishonor 2003, he took on Raven in another heated rivalry just like this one. The men beat each other to a pulp and thanks to ROH this match can be viewed in its entirety here.

In MJF’s case, it was almost three years in 2019 for Alpha-1 Wrestling at Here We Go Again, where he took on Ethan Page in an absolute war. MJF showed a much darker side than he has ever shown before and it is clearly a glimpse of what we will be seeing this Sunday in this highlight video here.

For two men that have built one of the best rivalries in AEW’s history and one of the most compelling feuds in the business today, this Sunday should be something really special. Both men have a strong passion for the business and its history, so don’t be surprised if they don’t take some inspiration from the Dog Collar matches of the past. This rivalry has been logical, it has featured ring psychology, incorporated elements of realism, phenomenal mic work and whether or not this is the blowoff to the feud, there will likely be a lot of blood spilled in this match.

As we witnessed this past week on Dynamite as one of the final pushes to promote this match and this PPV as a whole these two men knocked it out of the park. Punk came out and talked about MJF’s promo from last week and him being conflicted on whether he himself was really the bad guy or MJF was playing him. Discussing all MJF’s despicable acts was a nice summary of his heelish past. I liked that Punk brought up the similarity of his photo with a young MJF and Punk’s own young photo with Austin. Bringing up that MJF accused him of abandoning him when he walked out of the WWE and Punk himself not feeling that way when he was young when Austin did the same thing and walked out of WWE.

Those parallels were smart to bring up as a reminder to the audience of how similar they both are to each other. The moment I saw Punk come out in a white shirt and MJF come out in a white suit I knew as a longtime fan that it was done for a reason. That reason of course being for the incredible visual of blood on the white clothing. As Punk tried to reconcile with MJF after MJF poured his heart out how CM Punk abandoned him when he needed him the most as a kid last week. Punk talking about their similarities and his own heelish past was a nice touch. We all knew MJF was going to turn on Punk and that didn’t make it any less glorious when he hugged Punk then kicked him in the nuts. What followed was a vicious beatdown that was the perfect tease for their match. MJF telling Punk that “the greatest trick the devil ever played was convincing the world that he doesn’t exist” was immediately recognized by myself and longtime Punk fans as it was a line ripped directly from one of Punk’s old ROH promos. Their embracing of the past using callbacks is such an amazing touch and adds so much to this rivalry in my opinion.

Paul Heyman has said to have a great attraction match, you need to answer these three questions:

2) Why Are They Fighting?

Punk and MJF have answered all these questions and the result is a match that has the potential of becoming legendary and a match of the year contender if these men deliver the match that I personally think they are capable of delivering this Sunday. No offense to Hangman/Adam Cole, I definitely want to see that match too, but MJF/CM Punk is the match that I think is the better built and most compelling match that motivated me to buy the show, because it has drawn me in like no other match on the card. Personally, I would put this match on last because I don’t know how anyone could possibly follow what these men can and will likely do to each other in this match, but if Hangman/Adam Cole are the main event they are going to have a really tough act to follow.

This in my opinion is the best feud in AEW’s history and has set a bar exceptionally high if anyone wants to ever match or exceed them. Right now, in all of wrestling, there isn’t any rivalry that can touch this one and it is a credit to how great CM Punk and MJF are and that cannot be stated enough. This will be a brutal match and an absolute bloodbath and if this is the end of this rivalry it has been a hell of a ride. This is the type of rivalry that reminds you why you became a fan in the first place, and I’d like to thank CM Punk and MJF for telling an incredible story.