Honestly: Miro Is Currently At The Top Of His Career 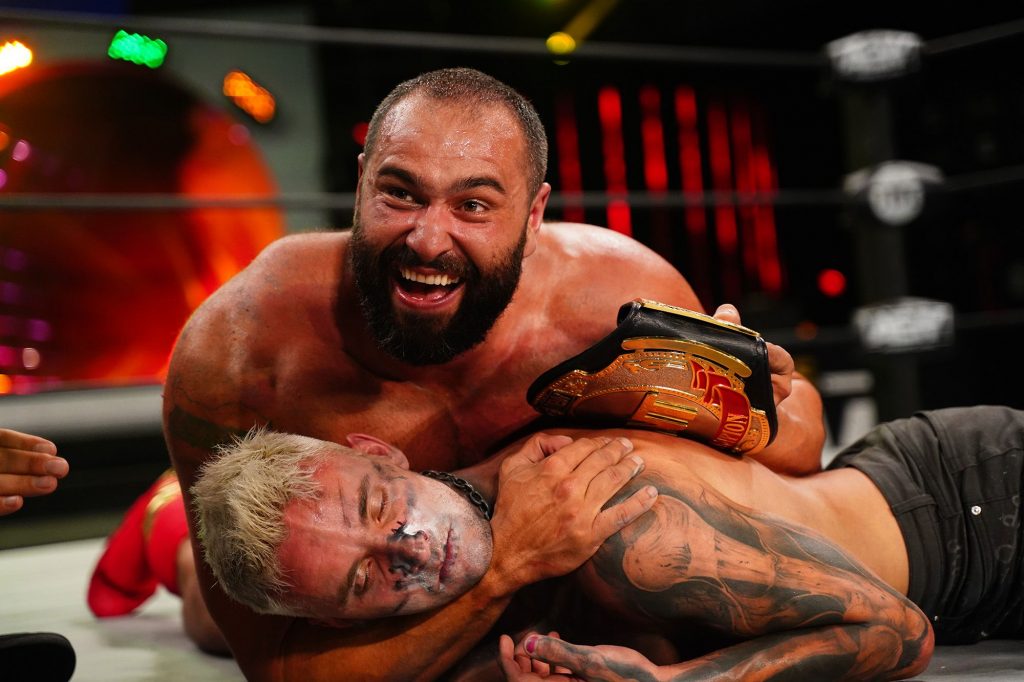 Miro (formerly known as Rusev in WWE) has had a rocky career as a professional wrestler as he has the charisma and physique to become a star, yet none of it helped in terms of the many booking decisions as it led him to his release from the company.

After a short hiatus as he focused on himself and his twitch channel, Miro resurfaced in AEW as a man looking to prove everyone wrong and within this article, I will demonstrate why he has achieved such.

We can’t deny that Miro’s first months in AEW were not perfect, his storyline involving being the “best man” for Kip Sabian’s wedding was lackluster but it led to the unleashed monster we currently have.

Everything changed once Miro beat Darby Allin for the TNT championship, there was no remorse as Darby had been injured beforehand by Ethan Page. This huge win is what just started Miro’s path of destruction as his winning record is currently 9-0.

It should be noted that whoever beats Miro will be somebody who will have to carry the legacy that Miro himself is building for the TNT title alongside past champs such as Brodie Lee and Cody.

The Past Is Overshadowed

Miro left an impact within his years in WWE as his “Rusev Day” gimmick took him to new heights yet he never got the opportunity to utilize it to his full potential due to the restrains from booking decisions that hindered his success.

Everyone knew Miro had the potential to be a big star but for some reason, he never had the “brass ring” to succeed.

AEW is not a perfect company, they have much to do to grow as a company but they have done the most to make Miro get to his true potential. The question will be how his booking will be in the long term as he has been adding much of the idea of “the redeemer” to his character, it sounds intriguing but time will tell whether it works.

Miro is at the highest his been in terms of momentum and as of now there really is nobody to stop him. With a roster stacked with talent, Miro stands out as a complete monster waiting to devour his next prey. Whoever stops Miro’s reign will be a new star in the making as Miro’s momentum could help elevate talent in the long term. Everyone wins in the end.