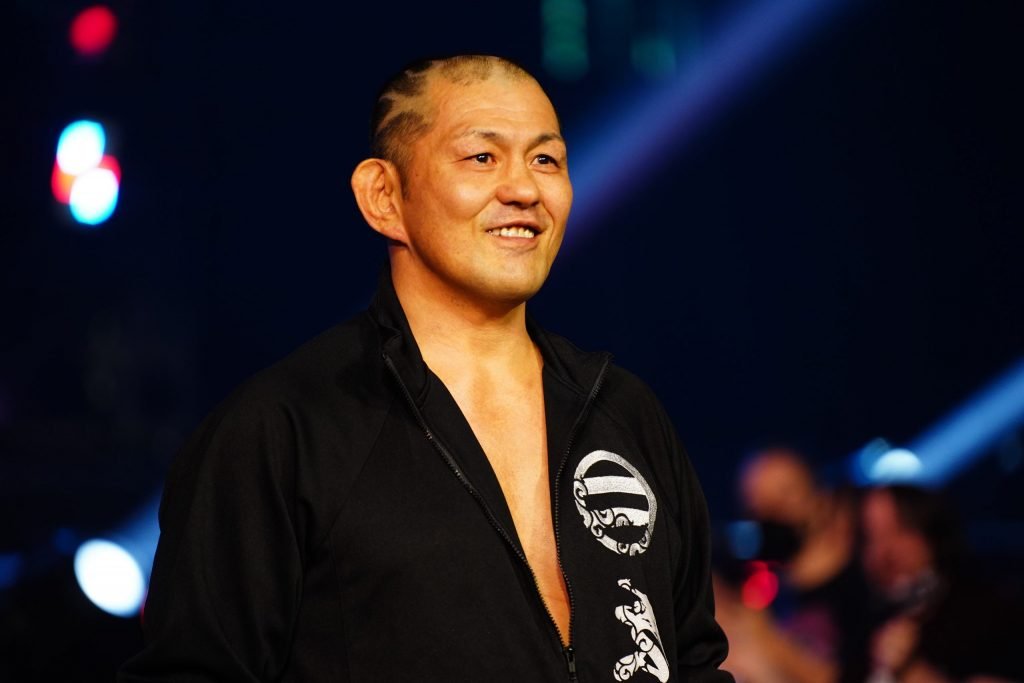 The beginning of 2021 was quite dry for Minoru Suzuki, struggling to find a spot near the top of the card. After being one of New Japan’s most reliable main eventers for three years running. However, these top matches stopped coming for Suzuki. Despite a lackluster first eight months, the tides shifted on one single night.

On September 5th, 2021, Minoru Suzuki debuted at All Out to confront Jon Moxley, the Boogeyman of New Japan Pro Wrestling. Suzuki garnered one of the loudest reactions from the Chicago crowd, starting his US tour with a bang. The next two months were jam packed, as Suzuki made appearances in Impact, GCW, and AEW, along with several smaller indie promotions. These appearances included matches against Jon Moxley, Bryan Danielson, Nick Gage. Josh Alexander, and so many others.

The number of high quality matches Suzuki wrestled with some of the best of the world in under 60 days was outstanding. This run has a minimum of 10-15 matches that range anywhere from pretty good to outright phenomenal. With the exception of the aforementioned Bryan Danielson, Minoru Suzuki most likely had the greatest few month runs of 2021.

These few months weren’t only crucial for Suzuki, but also for New Japan as a whole. NJPW has always been known for their great in-ring work and sport-like manner while also using long-term storytelling extremely well. However, the company has seen a drop in quality starting in 2020, primarily due to the pandemic and simply bad booking. These struggles along with their foreign nature explains their struggle in growing their American audience. Despite running multiple huge cards in the US and producing NJPW Strong, their audience in the States remains stagnant. However, one highlight to American audiences has been Minoru Suzuki. He is a great character for an introduction to the strong style of NJPW and exposing the larger western audience to the company, hoping to draw more eyes to the product. In terms of Western Expansion in the year of 2021, no one in New Japan can even touch the great work of The King.

Unfortunately, all good things must come to an end, as Suzuki returned to New Japan in November. Since returning to Japan, Suzuki continued to partake in low quality feuds, most notably with Toru Yano over the King of Pro-Wrestling Title.

However, Suzuki is slated for a second US tour, starting in April with a matchup against Killer Kross in his NJPW debut. Hopefully, we are treated to another tour that’s even a fraction as good, when Minoru Suzuki begins to wreak havoc again back on American soil.