Honestly: M.I.T.B Is A Perfect Way For Reigns To Drop The Title 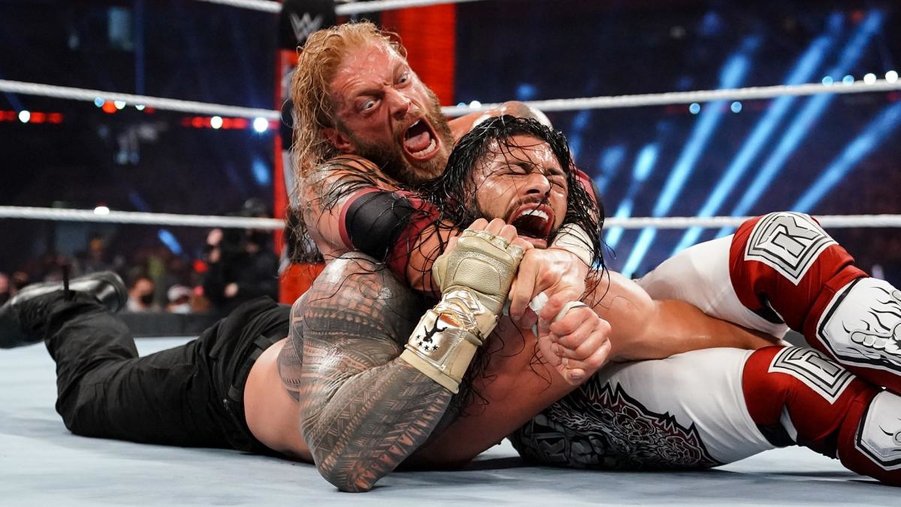 The 2021 Money In The Bank PPV appears to be headlined by Edge vs Roman Reigns for the Universal Championship. For nearly an entire year it has been impossible to determine who will dethrone Roman Reigns. At last, multiple storylines running through M.I.T.B provide multiple triggers to pull.

When Edge returned to Smackdown two weeks ago to set up a match with Roman Reigns, he did so with an unforeseen fury in his eyes. They say “the eyes tell the story,” and that’s exactly what they did. Edge appeared to be possessed. Possessed by the idea of being the Universal Champion.

Edge walked down the aisle and began the assault on Reigns. A superman punch wasn’t enough to stop Edge, as he quickly clipped Reigns with a spear. As he set up for con-chair-to he’d be assaulted by Jimmy Uso. To no avail, because Edge would go on to obliterate Jimmy with a spear through the barricade.

The following week, Reigns wasn’t there to assist Jimmy in calling out Edge. Instead, Edge once again battered and destroyed Reigns’ family. Edge this time around isn’t distracted. He is hellbent on the demise of Roman Reigns.

In the background of all this Edge/Reigns stuff, is Seth Rollins. Seth Rollins feels as though he deserves to be the number one contender. He was pissed by Edge returning and taking the spot.

Rollins has alluded to having a solution for having his proverbial “throat cut” in line for the Universal Championship. We may perhaps be witnessing this “solution,” when Rollins faces Cesaro to qualify for the M.I.T.B ladder match.

If WWE plays their cards right, they have TWO chances at Money in the Bank to get the championship off of Roman Reigns. They can have Edge flat out beat Reigns, with this new ultra aggressive side. If they don’t want Edge to have a lengthy run- simply just a moment, they can have Seth come and cash in. It’ll fit right in for the story. If they don’t want Edge beating Reigns at all, they can go with the exhausted champion retaining, and getting cashed in on. That would also tie in to Seth wanting Roman.

Either way you put it, Money in the Bank is the perfect timing to take the belt off Reigns. Live fans are returning… it’s time for a breath of fresh air.