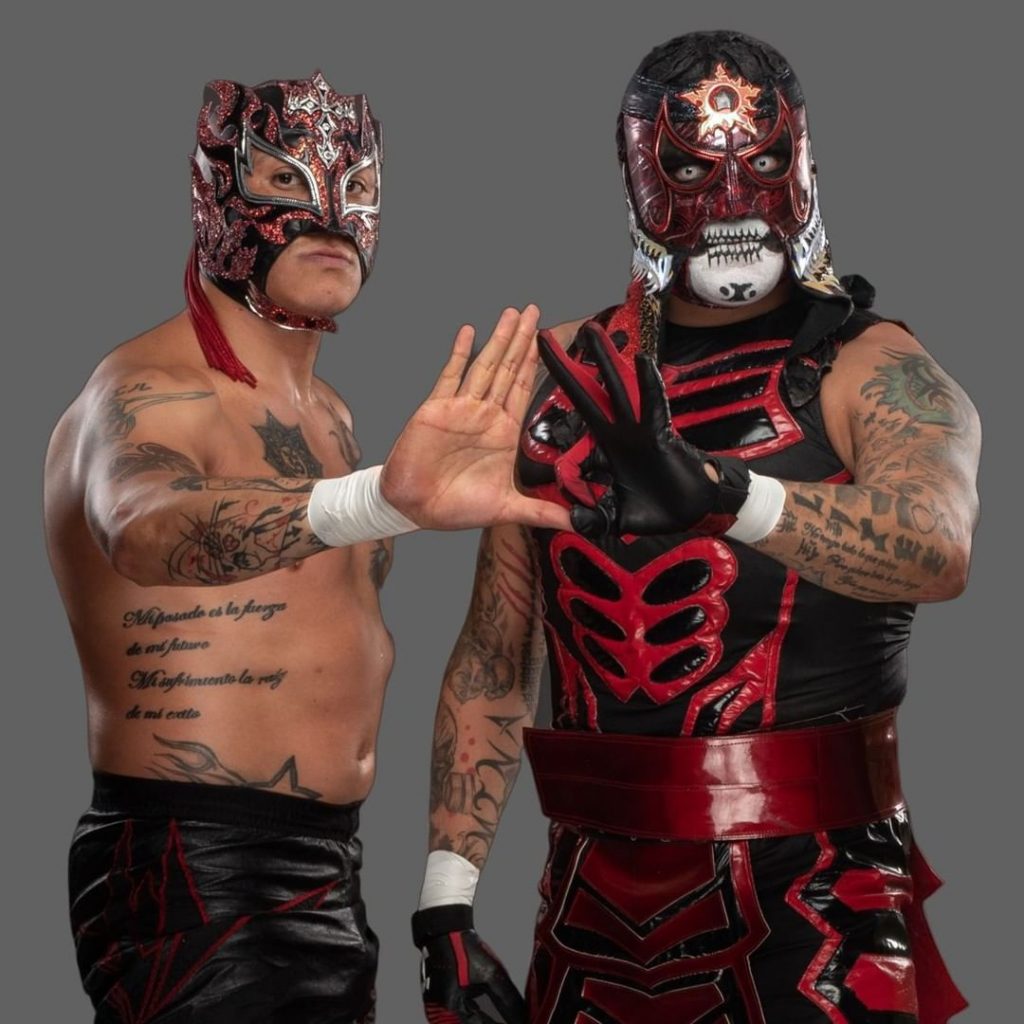 The perfect traits for a professional wrestling tag team could be daring, athletic, powerful, or entertaining. I would say the Lucha Brothers have all of the above. Pentagon Jr and Rey Fenix are two of the most entertaining wrestlers in the business. Being a part of All Elite Wrestling’s stacked roster allows the Lucha Brothers to showcase their moves and true talent. Pentagon Jr, the hard-hitting older brother has been in the business for over 14 years. Through death matches, steel cages and ladder matches, Penta has proven to be one of the most daring wrestlers the business has ever seen. Whether it’s a canadian destroyer off a ladder, or getting thumbtacks stuck in your mask, Penta overcomes every hardship and in the end normally comes out victorious. Rey Fenix, the high-flying younger brother has been in the business for over 15 years and whether he’s on the top rope, jumping off a ladder, or jumping off a steel cage, Fenix is debatably the best high-flyer in all of pro wrestling.

Whenever the Lucha Brothers are booked, no matter if it’s Lucha Underground, Impact Wrestling, MLW, or AEW, they are always gonna deliver. Your butt will always be out of your seat, even if you’re not in the arena seeing the action live. The fast paced wrestling that the Lucha Bro’s offer is hard to beat, and they have wrestled in many 5 star matches including a 5.25 star match! Dave Meltzer rated the Lucha Brothers vs Young Bucks Escalera de la Muerte match at All Out 2019 a 5.25. Dave Meltzer only ranks matches 1-5. But the spots and storytelling that the Lucha Bros offered had Meltzer rank it higher than his normal maximum rating, well until two years later. All Out 2021, Lucha Bros and Young Bucks rematched, this time in a steel cage match. This match got a 5.75, making it one of Meltzer’s highest ever ranked matches. The Lucha Brothers have made it into the 5+ category of Dave Meltzers match ratings TWICE!

The greatest attribute the Lucha Brothers have is their ability to get the crowd over. What that means is they have the ability to get fans engaged and get butts out of seats during the match. Booker T, an 11-time WCW Tag Team Champion said this about the Lucha Brothers on the ESPN Hall of Fame podcast, “The reason why I say The Lucha Brothers may be the best tag-team is because wherever these guys go, if you let them, they’ll get over. Anywhere these guys go, if you let them do their thing, they will get over with the fans and they can bring a whole lot of money to your company just because people will want to support them and see them. They might be the best tag-team in the world right now.” As said by Booker T, face or heel, the Lucha Brothers will always have support behind their back because of their unbelievable in-ring skills and ability to win the crowd over.

If you have ever watched a Lucha Brothers match, you will truly see why they are the greatest tag team in the industry. Rey Fenix and Penta are willing to do just almost anything in the ring to make a wrestling match successful. While Fenix is jumping in between ropes, doing corkscrews, and completing Fenix drivers, Penta is ripping people apart with canadian destroyers, package piledrivers and slamming people through thumbtacks and tables. The Lucha Brothers being only 36 and 30 have a ton of years left in the business, and I hope to see them succeed even more in All Elite Wrestling.