Honestly: Triple H Has Earned His Throne As King Of Creative 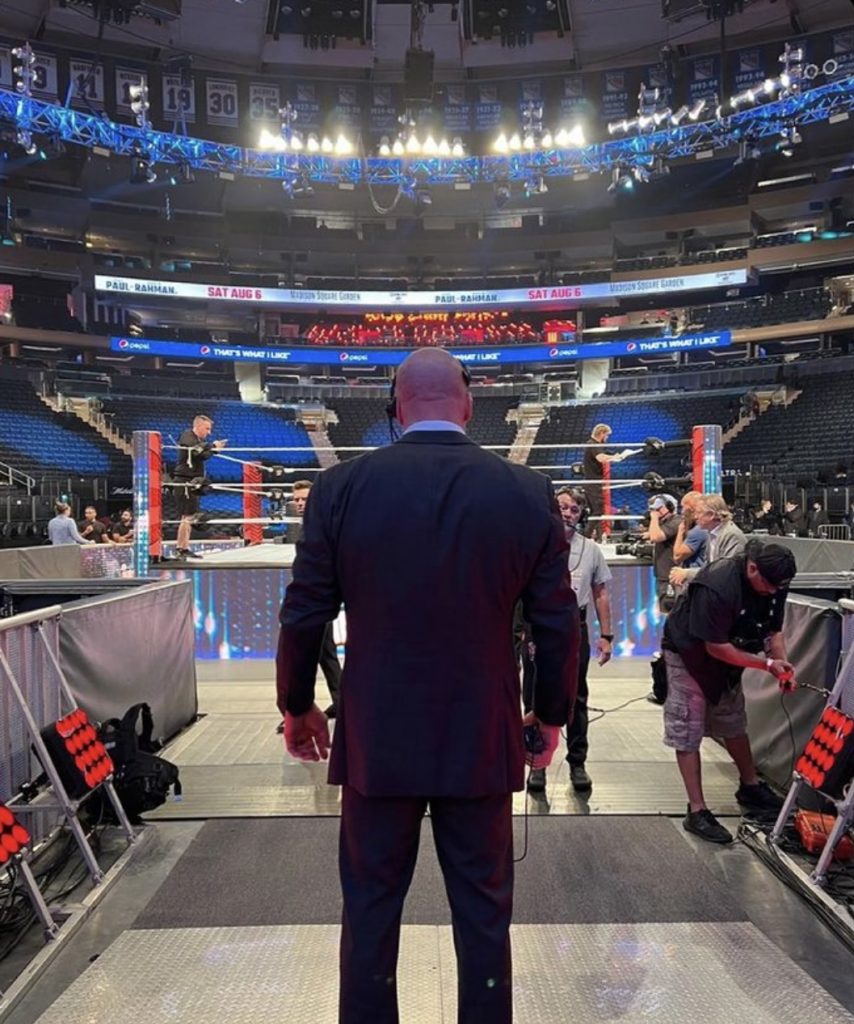 Road To The Throne:

Paul Levesque better known as Triple H, finds himself in a position that he has dreamed of being in for a very long time, but under circumstances that he didn’t expect to put him in there. Hunter has always been a student of the game both in and out of the ring he has left an unbelievable legacy already on this industry. As I had previously written, Hunter’s contributions to WWE outside his in-ring career may even be more impressive than his in ring.

It is often said that you must learn from the past, otherwise you are doomed to make the same mistakes. Hunter has always studied the business from his days as a fan to his in-ring career and even as an executive. Hunter has a passion for the business and very much respects the past, which is a huge reason he wanted his idol, Ric Flair in Evolution to rebuild his confidence and the reason he pushed to bring Bruno Sammartino home after years of bad blood.

Whoever was going to take the throne of the WWE after Vince McMahon was going to be an incredibly difficult spot because for good or for bad, Vince left an unquestionable impact and legacy on the business that no one else came close to matching. Hunter doesn’t take this position lightly as the head of creative and talent relations, and he knows all eyes will be on what he does with the product.

Hunter has been learning under Vince for many years even before he ended up becoming an executive in the company in 2010. Hunter wanted to leave his mark on the industry in a completely different way than he had during his impressive in-ring career, he wanted to build the foundation for the company to make and/or develop new stars. He saw what WCW had with their Power Plant training facility and knew that he could take that concept and improve on it, so it didn’t have the problems that he saw with it. He would overhaul the developmental system in 2012 under the banner of NXT.

In 2014 with the launch of the WWE Network, it was my and many fans first time seeing what Hunter had been building with NXT. NXT Arrival would be the first major live wrestling show airing on the network, and it blew me and many fans away. The reason for that is it was professional wrestling more than it was the typical WWE sports entertainment. Hunter was creating a product and a brand that wrestling fans had been begging for and never thought we would get it under the WWE banner.

Hunter was presenting a product that was giving opportunities to talents that didn’t fit the normal WWE mold that the company had been using for years. Hunter was bringing in the best of the independents creating almost a super indie promotion with a WWE level budget and production quality. For us fans that loved what he was doing we couldn’t get enough. Fans soon began anticipating the day where Hunter had full creative control over the WWE.

A huge part of the success of NXT is that Hunter focused on putting the right people in place to ensure that NXT was a place where talent could learn from the best and people that he saw as a foundation for him to one day take the reins of the WWE with when the time arrived.

Hunter loved and respected the legendary, Dusty Rhodes and knew he’d be the perfect person to teach and mentor the young talent of NXT. He also turned to a longtime friend and mentor in William Regal, to teach and scout talent for the brand. He’d eventually convince his best friend and arguably the GOAT, Shawn Michaels to come out of his retirement and be involved in NXT. He’d bring in his fellow DX alums Roaddogg and Billy Gunn to help out with the brand. He’d bring in Gabe Sapolsky, who originally learned under Paul Heyman back in the day and had literally worked with almost every independent talent under the sun between ROH, Evolve and WWN. Jeremy Borash, who was a driving force for many years in TNA/Impact Wrestling was brought in because Hunter liked his work. The list can go on and on, but the point is Hunter was assembling the people in place that he felt would be his guys in WWE.

Despite forming partnerships with independent promotions such as Evolve, Progress and ICW, and all the talents that had gone through NXT becoming bigger stars than when they came in, there was one gigantic roadblock every time. Time and time again, the call would come in that they were calling up talent to the main roster and almost every time the talents would be devalued, names and gimmicks were changed that ended many talents WWE run. So many talents that Hunter brought in would either be released or chose to leave. It had to gut Hunter to see all his hard work be destroyed by the direction of his father-in-law.

The worst was yet to come, when NXT lost the ratings war on Wednesday night to AEW, many believe Hunter became the fall guy for it resulting in him losing power and NXT being completely rebooted. What Hunter had built as the gold standard of wrestling today, affectionately known as the “black and gold” brand would transform into a completely different entity that may have shared the same name but wasn’t the same thing. In many ways, fans felt the same way when WWE relaunched ECW, it was not the real ECW. Then Hunter would have his major health scare, leading many to think he was no longer the heir to the throne.

Of course, like everything else in the 2022 world of wrestling, this has continued to be the wildest most insane year of expect the unexpected. Even when someone like myself, knows that anything can happen this year, we are all still shocked from Cody Rhodes returning home to WWE, WWE going back to TV-14 and now Vince retiring and Hunter/Stephanie/Nick Khan taking his place.

Honestly, after all this happening so quickly, no one really knows what is next. However, I’m willing to at least give my thoughts what I think may happen. There are going to be more long-time people that will be shown the door in executive positions. Any time there is a massive change in management of a company, there is always going to be changes they want to make. Especially individuals that may have rubbed the new bosses the wrong way over the years.

I want to make it clear for anyone that thinks the product is going to dramatically change overnight that it won’t, but it will certainly be a gradual change. Raw was a perfect example, the show started with a brawl already in progress and there was no goofy 24/7 title antics. I think Summerslam will be the first show where we may see a difference of the booking. Post Summerslam sets the first direction and agenda for the new creative team. I think the WWE product will become more like the NXT Black and Gold, where it focuses on story that doesn’t insult the fans intelligence. I think NXT 2.0 will remain the developmental product, but will be more sophisticated and less goofy under Hunter and Shawn.

I think talent are going to truly be given an opportunity to shine just like they experienced on black and gold. I think young talent that may have feared moving up to the main roster will be breathing a sigh of relief now that the man affectionately called Papa H by his NXT kids, is now fully in charge. Guys like Finn Balor or Kevin Owens or Sami Zayn for example, may finally be given the chance to carry the top prize someday. Talents that left the company by choice like Adam Cole and Johnny Gargano, may certainly be more open to a return due to their close relationship with Hunter and the glass ceiling being removed on the main roster. Talents like MJF, who were already considering a WWE jump, may be even more willing to do it with the TV-14 in place and Triple H being in charge. Talent that was in NXT under Hunter that were fired like Jonah or Keith Lee for example, may certainly be more open to a return under Hunter.

Behind the scenes people that were Hunter’s people that were fired during the massive firings, may end up getting a call for a return. Although Regal is in AEW right now, he would certainly be someone that Hunter would want back working with him someday. Gabe Sapolsky and Roaddogg could certainly return soon since they aren’t signed anywhere to my knowledge. There are also the members of the Kliq, Shawn is already in NXT, but his power will likely dramatically increase with Hunter and Steph in charge. Kevin Nash and Sean Waltman are certainly options for Hunter to bring into the fold since they are people he trusts completely. Heyman is certainly someone with a ton of knowledge and experience and has worked well with Hunter and Stephanie before so he is certainly a vast resource he can use. Hunter is certainly going to surround himself with the best people and most importantly people he can trust.

With Hunter’s history even during his NXT run reaching out to independent promotions, it makes the possibility of this new regime of Hunter/Stephanie/Khan being more willing than the last to open that forbidden door more than the last.

If what Hunter did with the Black and Gold brand is any indication, the future of the WWE product is certainly promising, and he will always be a student of the game, but he is now running the game. Hunter earned this spot and no one is more prepared or more deserving than him to be in this spot in my opinion. I very much wish him luck and look forward to the new regime to see what they are able to pull off as I truly believe this can be something truly special for fans of professional wrestling.

Hunter started using this theme song in 2000, when he made his singles quest to the top of the card, but if you listen to the lyrics of ”My Time” today, 22 years later, these lyrics are just as relevant today as they were back then as Hunter begins his new journey: