Honestly: LA Knight Is The Talent To Watch 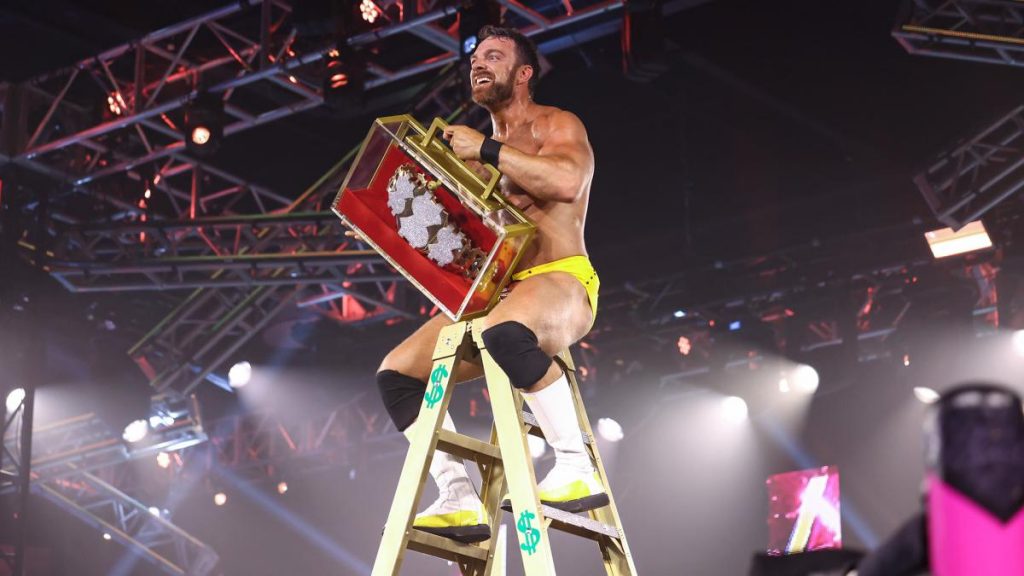 This past Sunday, LA Knight reached his highest achievement since joining the NXT brand a few months ago by becoming the new Million Dollar champion but for anyone paying attention this is only the beginning of his potential rise in NXT/WWE. I’ve been a wrestling fan for a long time and I’ve seen some of the greatest stars of all time whether it being live or going back and watching old matches from before I was a fan or even reading biographies and histories of the business so I think I’m a pretty good judge of what talents will rise and which will fail. I remember the first time I saw Edge and Orton during their debut matches in WWF/E and I remember telling friends that is a future world champion and they would go it was only one match how the hell can you tell that…obviously I was right many times over about those two.

The reason I mention this is, I had the same feeling the first time I saw LA Knight but that was five years ago when he was Eli Drake in Impact Wrestling. Me and a couple of buddies decided to give Impact yet another chance for their debut episode on POP TV. Prior to that I hadn’t watched any Impact content since either AJ Styles or Sting’s last match there so I didn’t know anything that had been going on with the product going into this episode of  Impact. As I started to watch the episode, I was reminded why I didn’t watch the product on a regular basis as the talent and the show was meh but that changed the moment I saw a talent that I never saw before Eli Drake. He cut a promo that was pure charisma and you could tell this guy has the IT factor. He is great in the ring but his greatest asset no question is his ability to talk and connect with the audience. I remember telling my buddies this GUY is the most talented person on this roster and he will definitely be in WWE one day.

I looked him up and it turns out he had a short run in WWE developmental previously and quite frankly I was surprised they let a talent like that go but it was not the same developmental that it is today this was pre-NXT and pre-Triple H running it. Anyway, I kept tabs on Drake during his Impact run because I saw the talent there and I highly recommend going on YouTube and checking out his promos during his Impact days. He would go on to win gold there including their World Championship.

Impact and Eli Drake had a falling out and he became a free agent and he made the surprising choice of joining the relaunched NWA. Every week on NWA Power, Drake was again the most entertaining person on the product and I personally think he was a huge factor in their initial success because his mic work honestly is unmatched in the industry today. With COVID and the NWA product at the time being in limbo, Drake’s contract quietly expired and he made the surprising jump to NXT as LA Knight.

Since his arrival he has made a name for himself, first feuding with Bronson Reed and now in a much heated feud with Cameron Grimes. NXT shot a great promo leading into the Takeover match showing LA Knight as a big deal high roller much like the Million Dollar Man Ted DiBiase. Knight and Grimes would go on to have a great ladder match and Knight proceeded to turn on Ted this past week on NXT.

Knight is set to establish himself as the top heel on the NXT brand and his feud with Grimes is going to be a huge building block. There is a rumor that Knight may be getting his own Virgil and in my opinion the best person for the job is the highly underrated Malcolm Bivens. In a industry that has turned its back on managers, Bivens is one of the best at it and could be a great asset to Knight as they both have tremendous mic work.

Knight has shown everywhere he goes that he is the talent to watch and NXT/WWE is no different and he should be NXT champion and WWE champion before his career is done because he is certainly talented enough to be world champion wherever he wrestles.