Honestly: Kenny Omega Has Earned His RIGHTFUL Number One Spot On PWI’s 500 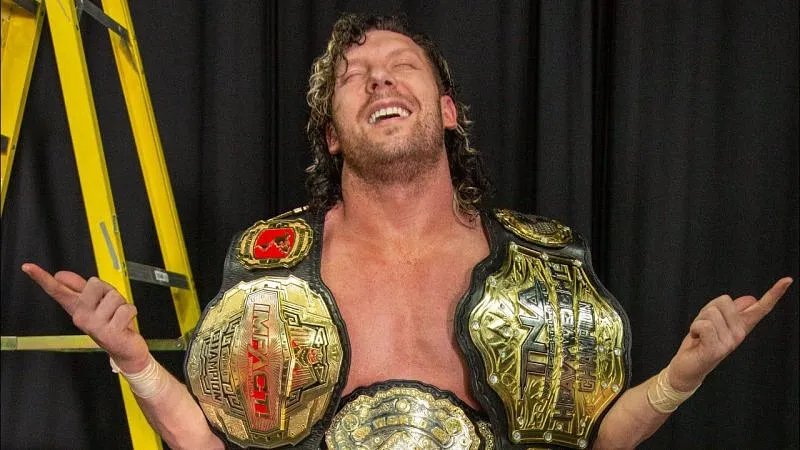 It was revealed today that Kenny Omega tops Pro Wrestling Illustrated’s 500 list as the best wrestler on the planet. This should be a surprise to no one as this is simply Kenny Omega claiming his RIGHTFUL spot at the top of the list. There has been NO ONE in the entire professional wrestling world better than Kenny Omega. From match quality to entertainment quality, Kenny Omega has earned his way to being 2021’s greatest wrestler in the world.

PWI’s criteria behind ranking the top wrestlers are win-loss record, technical ability, influence on the sport, success against the highest grade of competition, success against the most diverse competition, and activity. Kenny Omega has excelled in each of every category. In 2021 Kenny Omega is 15-4. One loss took place in singles action while the others were in multi-man matches. Kenny’s technical prowess has never been a secret. He isn’t called the ‘best bout machine’ for no reason. Kenny Omega has been one of the best in the world due to ability alone for years. Holding 4 world championships at the same time makes Kenny the most influential in the world of wrestling this year. Being at the top of any promotion is what the goal is for any aspiring pro-wrestler. If being number one, and being a world champion is not the goal then you’re in the wrong business. Kenny Omega has set an example for professional wrestlers with his mission to conquer multiple companies and their world championships. Since defeating Jon Moxley, the competition for Kenny has been diverse and stiff. His first defense was against current tag team champion Rey Fenix. He then proceeded to give Moxley a rematch, defend a title for a title against Rich Swann, defend against Orange Cassidy, Pac, Jungle Boy, and now Christian Cage. His matches ranged from an Exploding Barbed-Wire Deathmatch to a Triple Threat. Omega has truly been everything expected out of the number one wrestler in the world.

Watching Kenny Omega’s smug attitude this year has made for great television. It has been amazing to see his journey becoming professional wrestling’s champion, and bragging about it. It began when Kenny defeated Rey Fenix for the AAA Championship. It may have taken nearly a whole year, but he would then defeat Jon Moxley for the AEW Championship. Shortly after this, Omega would face Rich Swann in a title for a title match. AEW Championship for TNA/Impact Championship. Kenny would come out victorious and the rest would be history. The fact that Kenny Omega gets on the nerves of so many people yet shines as the world’s greatest proves that he’s doing something right. Watching him be this obnoxious character that can boast, yet back it up has been fantastic to see.

What a ride it’s been Kenny, it’s all been worth it. 2021’s undisputed greatest wrestler in the world. Congrats, Kenny Omega. I look forward to seeing what’s next for the best bout machine!