Honestly: Jungle Boy Has Not Been Booked Well 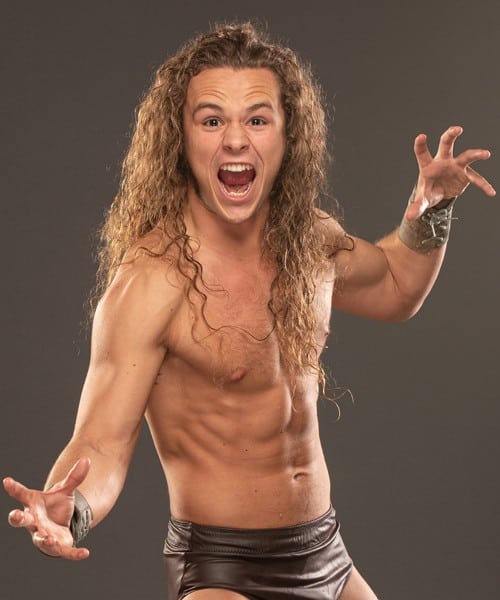 Jungle Boy has a lot of potential to be a major star, everyone can see that. He has the long, Hollywood like hair, he’s good looking, he’s got the name recognition if they do call him “Jungle Boy” Jack Perry more, which they should. But, one of the biggest myths that gets thrown around about Jungle Boy is that AEW have done a good job in terms of the way they have booked him, because he has not been booked well.

Firstly, let’s look at his faction. Jungle Boy and Luchasarus have the potential in the future to be a majorly, successful, tag team. They have the big guy, little guy dynamic, that if they lay out their matches right, Jungle Boy can get beat on and sell until fighting back and tagging in Luchasarus to clear house, whilst hopefully also doing as little as possible. They look good together, their entrance looks so cool. Yes Luchasarus can not work, but together they are a very marketable tag team for kids for both genders. However, Marko Stunt being there makes Jungle Boy pointless. By having Marko Stunt on the same team as Jungle Boy it buries Jungle Boy, this natural underdog, because he’s not the big guy because that’s Luchasarus and he’s not the small guy because that’s Marko Stunt, so he’s just a guy. If I was a random guy flicking through the channels and came across AEW and The Jurassic Express were on the screen, what would make Jungle Boy stand out? Jungle Boy dosen’t have the ability to be the natural underdog he is because there is a bigger and less believable underdog hanging around him. Marko Stunt adds nothing to Jungle Boy’s package apart from rendering him into nothing. It doesn’t help too that Luchasarus’s gimmick, which is that he thinks he is a dinosaur, makes Jungle Boy look like an idiot for hanging around these guys. Luchasarus can have the dinosaur look, without doing promos talking about how his species have been discriminated against since the start of time.

Secondly, he’s had stop/start pushes. His first big feud was with Chris Jericho in 2019. In this feud they had Jungle Boy take Jericho to a time limit draw. It made Jungle Boy look like a star and shocked people. But what happend to Jungle Boy after this? He did nothing, he just had random matches and he had no major feud until May of 2020. In May of 2020 he had a match at the Double or Nothing PPV with MJF, who had been established as a top, main event heel. It was arguably the best match of the night and was one of, if not the most talked about Wrestling match of the show. Right after that he then won a battle royal and had a match for the TNT title with Cody, another good match that made Jungle Boy look like a star and was highly talked about by people. But what happend to Jungle Boy after that? He did nothing after that again, no major feuds or angles after being in the two most talked about matches of the month, infact he didn’t have a match on Dynamite for another 2 months. His next major angle wasn’t until the 21st of January 2021. This was when he had an excellent match with Dax Harwood, another Jungle Boy match that people loved and the whole internet was talking about. He then was involved in the six man tag match between The Jurassic Express and FTR & Tully Blanchard that was widely talked about. What did Jungle Boy do after that? What feud or angle was he in? He did nothing after that. Now 2 months later, he’s back in a major angle again after winning the Casino Battle royal. But you’ve got to think after looking at History, will there be a point to all this? Because looking at the History of the aftermath of Jungle Boy having a major angle, nothing seems to happen to him for another couple months then the cycle restarts. He constantly gets hot, then they cool him off again. This is like Brian Pillman getting stop/start pushes except this time the booker has been the same booker for the last 3 years.

The WWE stop/start pushing people all the time and people, rightfully so, criticize it, yet this is apparently good booking, it isn’t. What’s the point of putting a guy in a major angle just to not have him do anything for a couple months, then restart the push again?