Honestly: Johnny Gargano is the Heart & Soul of NXT 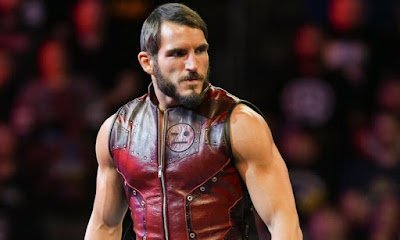 There are many wrestlers that have come and gone through NXT and have left their marks on the brand but no wrestler has meant more to the brand than Johnny Gargano. He has been there longer than almost every other wrestler but that is not a knock on Gargano’s ability but a testament to how important he is to the brand. We have seen more talents than I care to count that were successful in NXT but it failed to transfer to Raw and SD. In 99% of the cases it isn’t the talents fault it was poor creative and Vince trying to change something that already works and it ending in disaster. Guys like Gargano and the former members of the Undisputed Era are prime examples of talent that Vince would likely ruin and the best place for them is NXT since Triple H knows their abilities and will use them correctly.

Getting a little off track there, the purpose of this article is to focus on Gargano’s biggest feuds that cemented his place as the heart and soul of the black and gold brand. Before we get to NXT, we need to look at Gargano’s indie past because he built a reputation that would carry over to NXT. Gargano wrestled on the independents for years but his homes were AIW (His Hometown Promotion) and Evolve. In these promotions Gargano was beloved by the crowds as he was the top babyface in the promotions for a long time. Gargano had that special ability to tell a story in that ring that made the fans root for him and cheer in the constant underdog and whether he won or lost he became even more popular and he made his opponent into a star or bigger star. Gargano had no problem putting talent over because he understood that you need to constantly build new stars that can keep the promotions alive even after you are gone.

One of those stars that Gargano had a hand in building is current AEW star, All Ego Ethan Page. In both AIW (a full match is linked) and Evolve, Gargano would battle Page and would always make him look strong regardless of which one of them won the match. One of their best known matches and one that I highly recommend you go back and check out at Evolve 49 they battled in a I Quit match. Page has said that he owes Gargano especially for that match in helping to establish him. Unfortunately, this match is not streaming legally but Highspots does still have the blu-ray.