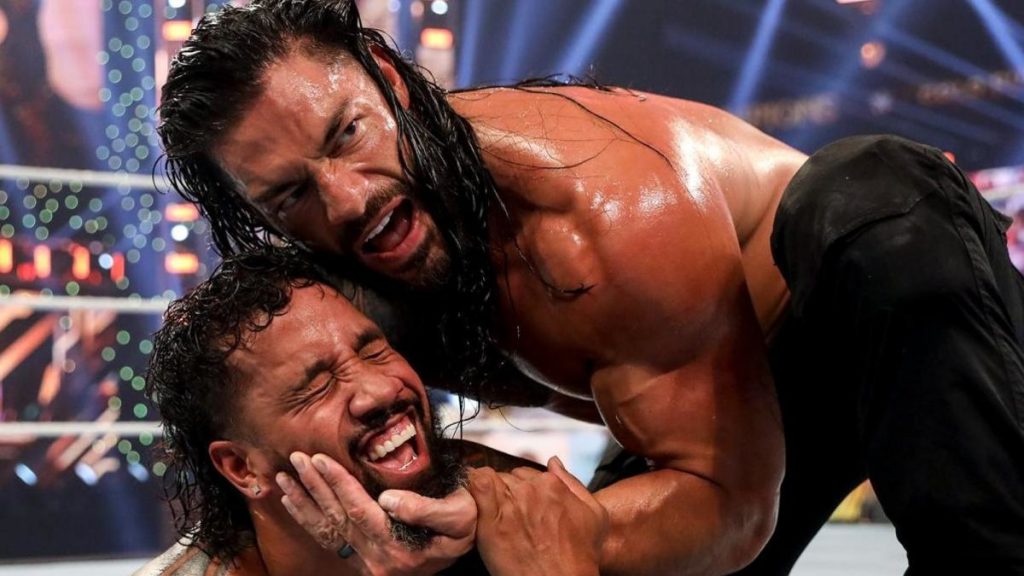 Recently, Roman Reigns was questioned in an interview about the next generation of superstars and if there is anyone that he could pass the torch onto. Reigns bluntly responded:

While this answer is most likely coming from the mouth of the tribal chief rather than Joe Anoa’i, there is a scary level of truth behind it. Roman Reigns has thoroughly demolished every top singles star on the SmackDown roster from Kevin Owens all the way to Daniel Bryan. Although this builds up the credibility of Roman Reigns, it leaves a tremendous amount of uncertainty regarding the future of the Universal Championship. Therefore the question posed is, who should dethrone the tribal chief?

Having anyone but the Usos win the Universal Championship is incredibly detrimental to the character strength of Roman Reigns, and to that extent the Usos as well. The bedrock motivation behind this storyline is upholding the integrity of the Anoa’i family name with the Usos and Roman Reigns choosing different routes to achieve this goal. Roman Reigns wants his cousins to fall in line so that the family could be a brutal and cohesive unit that dominates the competition. The Usos want everyone to flourish in their own way, ultimately proving familial strength through the strength of their individual characters. By having an outsider infiltrate the feud and come out on top as Universal Champion, the characters involved look weak at best and dumb at worst. In order to elevate everyone within this family-centered feud, it has to be settled within the family so emotional tensions could be directly combated.

Narrowing it down between Jimmy and Jey Uso simply comes down to the character arcs of each brother. Jimmy Uso has always been at odds with Roman Reigns from the start of the storyline and embodies the complete opposite ideology from that of the tribal chief. Jey Uso has been on both sides of the spectrum when it comes to the ideological battle of “tribe vs. self” and therefore has the biggest say in this storyline. It is for that reason that Jey Uso should be the family member to come out on top at the end. By coming out on top, Jey not only reinforces the idea that you could be a tag-team centric wrestler and still have the potential for singles success but also the idea that family brings out the best in you. He can use the emotional tension created by family commotion as fuel to drive him to the championship that has always seemed out of reach; finally standing alone for the first time ever.

The idea of Jey Uso holding the Universal Championship, the same belt held by the greats such as Brock Lesnar, Seth Rollins, and Kevin Owens, seems quite unfitting at first but within the context of all the storytelling since Summerslam 2020, it makes perfect sense. Such a story does not devalue the core motives that each character holds and more importantly retains the honor of the Anoa’i family name, so acknowledge them.