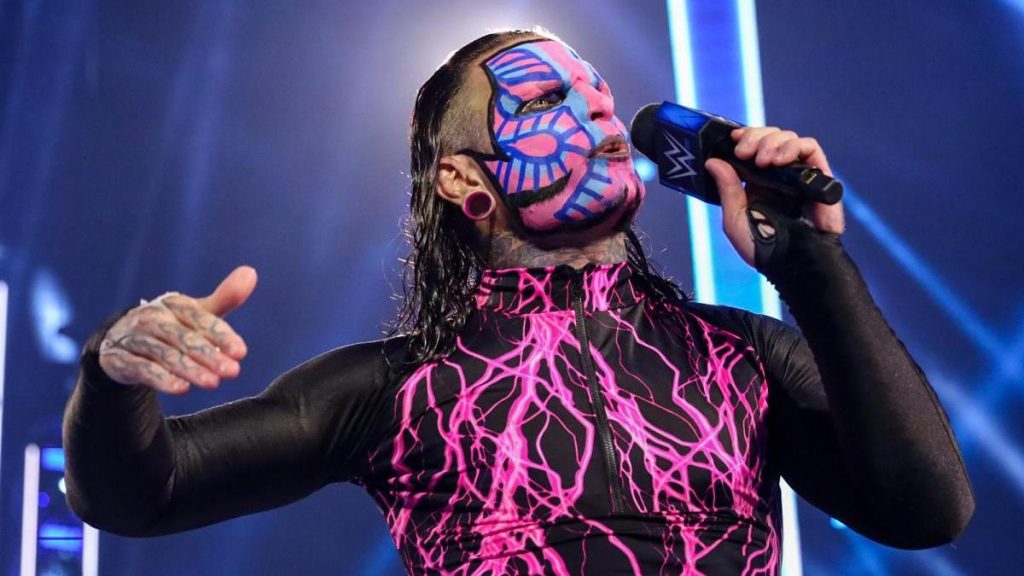 Throughout his 27 years and counting within the professional wrestling industry, the face paint wearing, risk taking, arts and crafts makin’, hospital bill raisin’, Charismatic Enigma Jeff Hardy has constantly entertained fans as one of the greatest high flyers of all time. His death defying stunts screamed “Obsolete!” so loud in the face of the Grim Reaper that young WWE fans, myself included, ignored the “I’ve had surgery five times in my left knee” warning in favor of perfecting the Bedhead Swanton Bomb. Despite having such a rooted connection with the fans, Jeff Hardy has only just broken a four month long losing streak on RAW. Within that losing streak Jeff has taken the pin to the likes of Jinder Mahal and Mustafa Ali, both of which occurring on Main Event. With lifelong WWE talent seemingly having no problem “flipping a wig” in other promotions, WWE should seriously consider treating tenured talent such as Jeff Hardy with adequate respect before he creates another Hardy Boyz reunion elsewhere.

Contrary to popular belief, Jeff Hardy’s appeal does not stop at the sound of tables crunching or John H. Balsley shaking in his grave. Jeff Hardy uniquely captivates audiences as a vicarious figure. Every kid lived out their rebellious dream through Jeff Hardy when his dances sent pyro into the air, when his promos echoed free spirit, and when his stunts defied reality. His character exemplified escapism to every person who would watch and listen which was no more apparent than his 2009 Feud of the Year with CM Punk. Even though Jeff went against a man who literally preached “Say no to drugs!”, the fans overwhelmingly sided with Brother Nero. It was mainly because CM Punk conformed to the guidelines of society no matter how reasonable and Jeff Hardy expressed freedom of choice no matter how unreasonable. Keeping these ideas of “escapism” and “freedom of choice” in mind, think of the atmosphere of WWE shows come the summer of 2021.

With “No More Words” supposedly coming back in front of crowds that have longed for live spectacle and bombastic excitement for what has seemed like years, pushing the embodiment of “escapism” and “freedom of choice” would surely align with those desires. Crowds feeling waves of nostalgia and liberty in a new post-pandemic era would create enough positivity to justify an “old-timer” having another world title run. The RAW singles roster is also heavily underbuilt with the likes of Damien Priest being subject to zombie warfare, so having a new veteran presence at the top would legitimize stars that challenge for the title. Not to mention, a Kofi Kingston vs Jeff Hardy feud built on the fact that both stars seemed destined for the undercard within the early 2000s and are now former champions destined for the Hall of Fame would be fantastic.

Whether it is the head injuries I suffered from Swanton Bomb training as a kid or a desire to see a childhood legend have one last well deserved main event run in an atmosphere that embraces the core element of his character, the sight of Jeff Hardy holding up the Universal Championship will surely “see you in the future. Thank you all.”