Honestly: JBL Is One Of The Best Characters Of The 21st Century 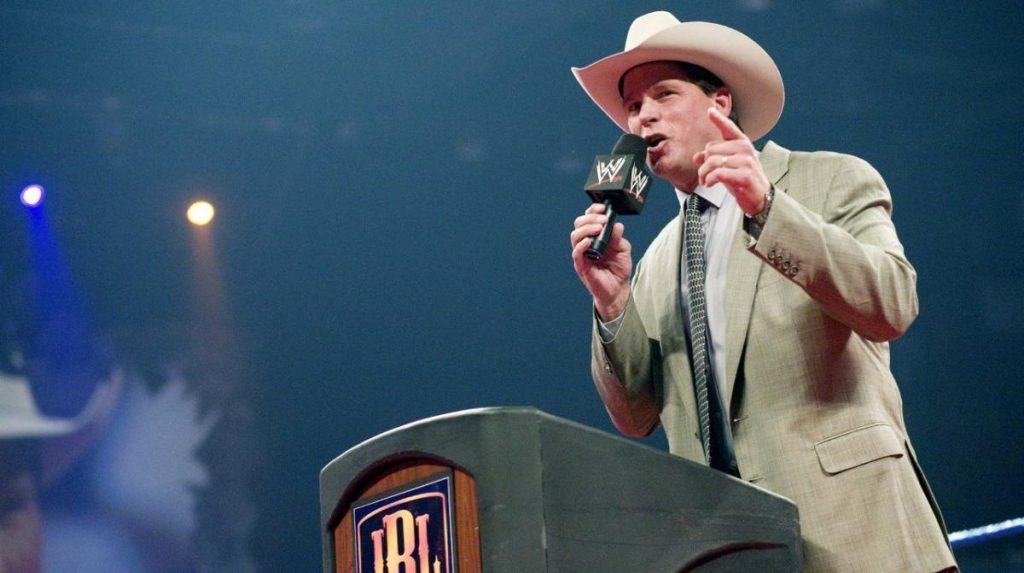 Let’s get the disclaimers out of the way. John Layfield is a bully, and I don’t condone that behaviour. Nor am I going to claim he was an all time great champion. His reign saw declining viewership and PPV buys. However, what the JBL character was, was one of the best examples of character work in the 21st century.

Firstly, JBL’s character enabled his weaknesses as a performer to be covered. JBL could brawl with the best of them, but anything more technical required more work from his opponent. As such, his overreliance on interference and the faithful “wallop them with the belt,” finish made perfect sense. As well, characters who are strong brawlers need an effective finisher, usually a strike. The best modern example might be the Brogue Kick. A simple, devastating move that looks like a legitimate way to end a fight.

I will always argue that the Clothesline From Hell/Texas/Wall Street/whatever JR called it that week is an all-time great finisher. It fit the character of an opportunistic brawler and looked brutal. JBL also had a habit of hitting smaller guys with the move. This made it look even more realistic, especially in multi-competitor matches. At Armageddon 2004, outside interference incapacitated the Undertaker, meaning that JBL clobbered the smaller Booker T for the win.

It’s little details like always targeting smaller performers with your finisher (Booker T, Kurt Angle) and relying on cheating to overcome larger opponents that made JBL work in ring. Outside of the ring, charisma and heat were the name of the game. Again, I’m not endorsing his excesses, such as those at German house shows. However, his mainstream petulant whining and narcissism got nuclear heat. His title feuds with Eddie Guerrero and John Cena showcased the obnoxious Texan at his best. Anyone who claims to be a “Wrestling God,” is always going to annoy fans! (see Kota Ibushi)

Ultimately, JBL is a polarising figure. A mediocre championship run in terms of buys and viewership, but a successful one in terms of heel work. The heel’s job is ultimately to get the babyface over and send the crowd home happy. JBL certainly achieved that with his title run. Furthermore, JBL and WWE were able to work around the weaknesses in John Layfield’s performances. A simple finisher, smart heel tactics and nuanced details made up for weaker ring work and technical skills. As such, JBL is one of the best examples of character work in the 21st century.