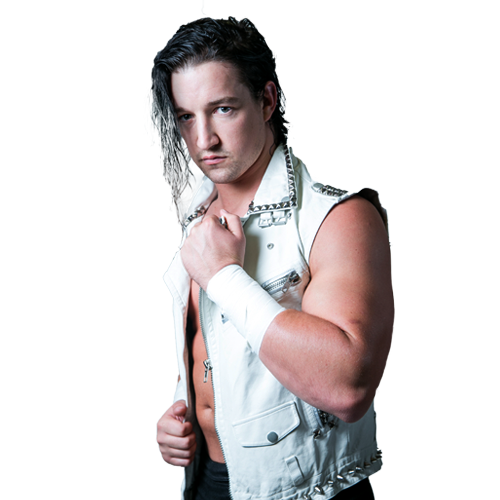 I’ve been watching wrestling for a long time and I like to consider myself a pretty good judge on how successful a talent will be pretty early on in their career and not to sound brash or arrogant but I’m usually pretty spot on. Now in the case of Jay White, the first time I saw him was when he was on an excursion from NJPW and was appearing regularly for ROH. Now my honest first thoughts were this guy has some raw potential and could be a really successful babyface. I never anticipated the complete transformation or evolution he would go through in such an incredibly short period of time. White went from that fresh babyface teaming with the MCMG to the leader of the Bullet Club as his Switchblade persona and the only thing that it is comparable is Breaking Bad’s Walter White.

Let’s see how we got here and we have to start at the beginning, White began his training with the UK Kid in 2013 and by early 2014, he met Prince Devitt or as many of you know him today as WWE’s Finn Balor, at a show. At the time Devitt was working for NJPW and he saw something in White and went to him and gave him his information and told White to keep in touch. Devitt went to management in NJPW and told them that they needed to sign this kid. NJPW would end up signing the young 22 year old to join their NJPW Dojo in 2015. With only 2 years in the business, one of the biggest wrestling promotions in the world signed him to a contract. While a young lion in NJPW he would obviously lose matches as the tradition goes. One of those loses would come at the hands of then IWGP IC Champion, Kenny Omega but White would eventually get his revenge.

White would soon be sent to ROH for his excursion, which for those that are unfamiliar, as part of the NJPW Dojo training they sent their talents to other promotions to continue their training and learn different styles and then eventually call them back to NJPW and unlike during their young lion phase where they lose all the time, they typically get a gimmick and are pushed as stars. The first people that White connected with was Alex Shelley and Chris Sabin and he was teamed with them as a group under the name Search and Destroy. Shelley and Sabin, who were now veterans in the business took on the roles of mentor to White both on and off screen. White would eventually move in with Shelley for a while. As a fan I could see there was definitely something there with White and every time I saw him I was impressed with his ability especially considering he wasn’t wrestling very long compared to the guys he was teaming with or facing.

Probably the biggest match of White’s ROH career is when he took on the young aerial assassin Will Ospreay. Looking back both men’s evolutions as characters that took place in the years that followed this match practically mirror each other. I remember when this match was announced thinking this is going to be a hell of a match. These are two men that have such potential and abilities that they could pull off not only a match of the night but a match of the year contender. Both men completely delivered and was the match fans would be talking about from the show and one of the best matches of 2017. Ospreay would come away with the victory but one thing was perfectly clear that these two men have chemistry in the ring together and this certainly won’t be the last encounter between these two.