Honestly: It Is Sammy Guevara’s Time To Shine 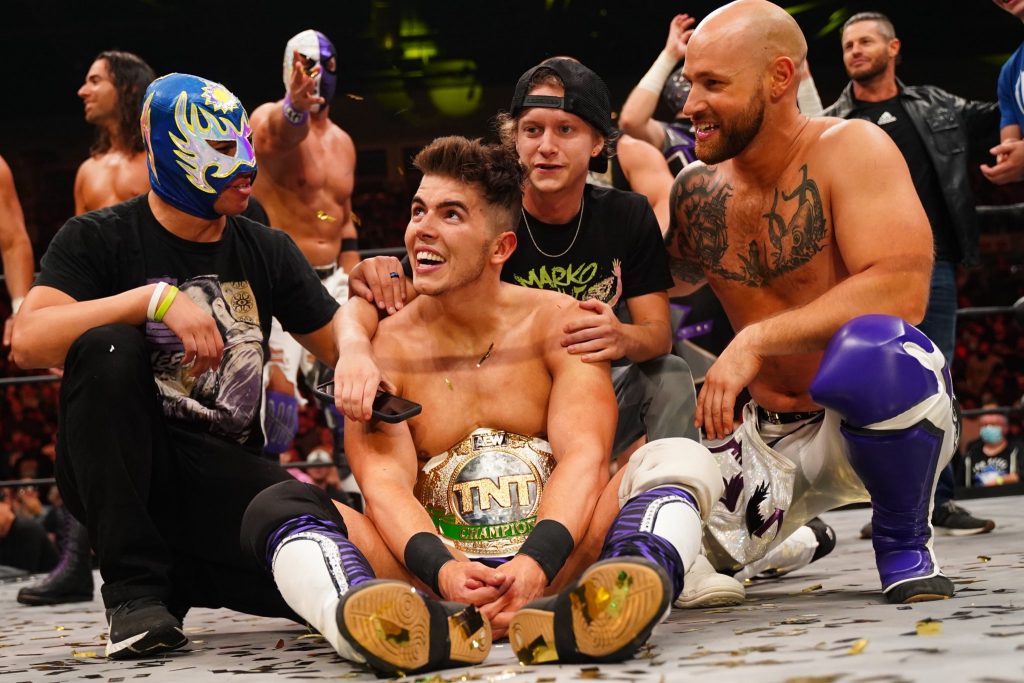 All Elite has managed to acquire one of the biggest rosters it has ever existed in the wrestling world, the mixing of veterans with young talent has proven to be a success.

Sammy Guevara has been one of many talents that have gotten opportunities to demonstrate his talents to the world as he has had important feuds with people such as MJF to position himself as one of the various people that will lead wrestling into the future.

The youngest member of Chris Jericho’s Inner Circle has barely scratched the surface of his full potential as he still has much to accomplish in an industry full of opportunities.

It is Sammy Guevara’s time to shine because he has put in the hard work to become the best version of himself, he has gone through obstacles along the way in which he learned a lot which made him a better person. As the current TNT champion, my expectations for him are very high as this is his very first title reign after signing with All Elite Wrestling.

Sammy’s reign as TNT champion should do what it has achieved to do for previous holders which is to elevate them to new heights so then they can continue the path of someday becoming world champion.

Miro is a great example of what someone can achieve as a TNT champion as he was and will be at the top of his career even after losing the title to Guevara, he evolved and became the person we as fans always believed he could become.

With Sammy, it is no different as he can use this opportunity to learn more about himself and most importantly how will he want to remember as someday.

There are many directions AEW can take Guevara as champion but his booking as TNT champion will prove him to be a serious threat; therefore, the idea of him having a long-lasting title reign might work if done well.

Right now it is Sammy’s time to shine because he has earned every bit of success he has achieved, what surprises me more than he is young so he has enough time to evolve and grow as a talent.

The next couple of years will be interesting to see as new stars emerge, this makes me excited as the future of wrestling seems to be in good hands.