Honestly: Ishii vs Shibata Is The Perfect Introduction To Strong Style 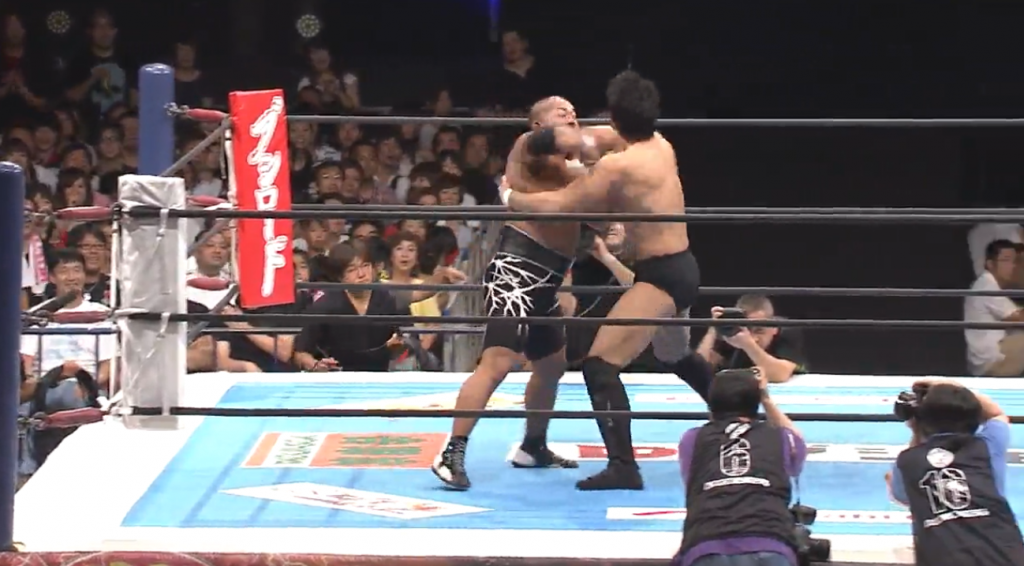 Professional wrestling is an art form, much like dance or music. And like dance or music, there are a variety of styles of wrestling for a fan to enjoy. The spectacle, glitz and glamour of American “sports entertainment.” The blood-soaked carnage of deathmatch wrestling, the frenetic acrobatics of lucha libre, there’s something for everyone. However, this article isn’t about any of that. Instead, I’ll be talking about strong style, one of Japan’s many gifts to the world of wrestling. So, I thought I’d talk about the match that, for some, redefined strong style for the modern age.

The date was the 4th of August 2013. The place was Osaka Prefectural Gymnasium. Night 4 of the G1 Climax 2013. In one corner, “The Wrestler,” Katsuyori Shibata. New Japan’s prodigal son, who was battling to redeem himself after “abandoning,” NJPW for MMA. Both fans and talent had turned against Shibata, so this G1 represented a step on his road to redemption within the company.

His opponent? One Tomohiro Ishii. Modern New Japan viewers will recognise “The Stone Pitbull,” as a mainstay of the heavyweight division, serving as a “gatekeeper,” to the main event. However, at the time of this G1, Ishii had only just started to be booked as the hard-hitting brawler we know and love today. CHAOS’ former fall guy had found his groove and looked to tear through the G1 on his way to a title shot.

This Is Strong Style

From the moment the bell rang, and the two men exploded out of their corners, I could tell I was watching something special. The fans erupted as Shibata and Ishii began to exchange brutally stiff elbows, forearms, chops and kicks. Transfixed, I listened to the dull smack of flesh and bone colliding as two of the very best brawlers laid into one another.

That’s one of the great things about this match. Throughout, the two men sell every strike like it matters. Ishii collapsing to the mat after a flurry of knees, Shibata crashing down after an enziguri. This means that whenever an actual “wrestling move,” is hit, it feels even more impactful.

Strong style is all about realism, leaning into MMA and actual martial arts in order to make the wrestling realistic. This match had that in spades. However, it also combined elements of showmanship which traditional strong style rejects. The segment where Ishii and Shibata take turns kneeling to let the other man land a strike is the perfect example. Obviously, it’s unrealistic. It would be ludicrous for anyone to invite their opponent to hit them like these men do in a real fight. However, it demonstrates the tenacity and grit of both performers. As such, this match was strong style, but with elements of the showiness and storytelling of American wrestling.

If you’re looking for a match that showcases what New Japan is best known for, watch this bout. In 12 minutes, these two men put on a clinic of storytelling and ring work which is worthy of all the plaudits it earned. That’s why I honestly believe that Ishii/Shibata is the perfect match if you want an introduction to strong style.