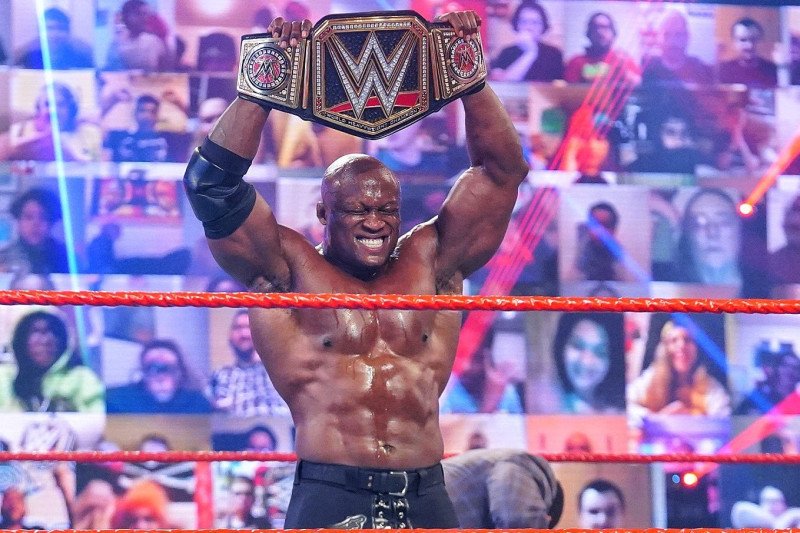 Bobby Lashley is currently at the pinnacle of WWE, holding the top title on the RAW brand. The “Almighty,” has held the title since March 1st, in a reign that I thought would be lacklustre. However, although this run probably won’t go down as one of the all-time greats, I’ve it enjoyed it a lot. Here are three reasons why I think that I’m truly enjoying Bobby Lashley’s run with the WWE Championship:

There’s no two ways about it, MVP has revitalised Bobby Lashley in the WWE. MVP’s managerial role has catapulted Lashley from a dead-end angle featuring Lana, Rusev and Liv Morgan to the main event. He ticks all the boxes, charisma, screen presence and an ability to tell a story. You only need to look at his recent segments with Kofi Kingston, the Miz and Drew McIntyre to recognise this. In my mind, MVP is easily one of the best mouthpieces in the wrestling game right now. Now, how does it make Lashley’s title run more enjoyable? Easy, by covering the weaknesses in Lashley’s work. Despite having both athletic ability and “the look,” one of the consistent flaws in the Bobby Lashley character has been a comparative lack of charisma. MVP is able to make every Lashley match feel like a big fight before the bell rings.

However, once the in-ring action starts, Lashley takes the reigns. I’ll be the first to admit that a Lashley match won’t always be a classic, but they are often severely underrated. The McIntyre/Lashley match at Wrestlemania was certainly a worthy opener, and the Triple Threat at Extreme Rules was certainly in the top 3 matches on the card. Lashley performs very well as a dominant physical heel, as demonstrated by his matches with the Miz. As a final point, the fact that Lashley uses a full nelson as his Hurt Lock finisher, a move that is legitimately banned in many forms of catch wrestling, emphasises his dominance.

Ultimately, all good things must come to an end, especially a dominant heel champion run. However, Lashley, through his manager, physical dominance and aura of intimidation, has been built up as a true force of nature. Whoever defeats Lashley should be built up as a similarly worthy contender. WWE has a priceless opportunity to build a new babyface star. I would trust them to take this chance if their successor was obvious, but it isn’t. I sincerely hope that they stop trying to recreate Lashley/Galloway from TNA and move to Kofi or another less prominent face as the man to overcome the Titan.  Lashley has provided an enjoyable 100 days as WWE champion, but now the time has come to start sowing the seeds of his downfall and comeuppance. But it’s been a pleasantly enjoyable ride.