Honestly: If Roman Reigns is the “face” of WWE, he MUST be held accountable 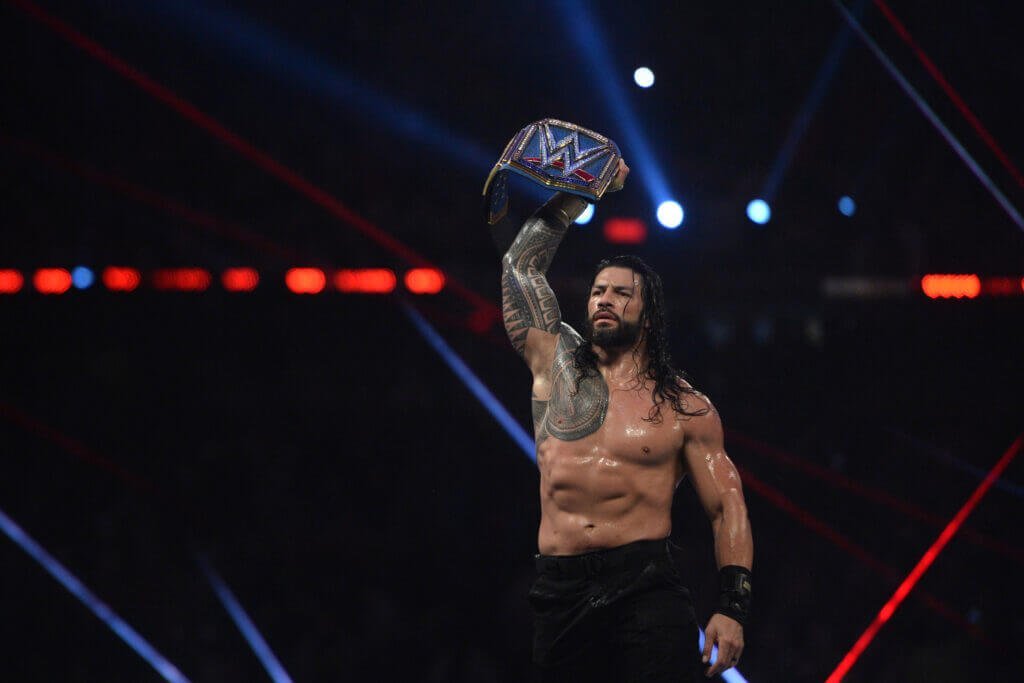 “Stone Cold” Steve Austin, The Rock, John Cena, these are the first names that come into my mind when I think of the word ‘megastar.’ In recent days, some may put the name, Roman Reigns, into that category. But what exactly is, a “megastar?”

A megastar is a person in the world of entertainment, that is wildly famous. In wrestling terms, the ‘top draw,’ the person who everyone comes to see, the person who everyone tunes in to TV to see, is a megastar. When WWE was in transition from the family oriented product that lasted until 1996, into the Attitude Era of 1997, the talent as well had to transition and evolve.

Born was “Stone Cold” Steve Austin. A rebel S.O.B from Texas, who walked with an attitude, talked under his breath, and operated by no ones rules but his own.. not even “the boss’s.” This character single handedly was responsible for the skyrocket of ratings the company would see for the next few years. Remember that transition period I just mentioned? Before the introduction of the Attitude Era, and of the “Stone Cold” Steve Austin character, WWE was only taking in 2-3 million viewers. It wasn’t until fans realized how good this “Stone Cold” was, that the product skyrocketed and was now looking at 4.5 million viewers on a bad day. That’s how good “Stone Cold” was, and how invested people were in him.

The Rock was equally as crucial to this success as “Stone Cold” was. Every time the man put the microphone to his mouth, the audience were just prepared to chant along with The Rock, word for word. He isn’t called “The People’s Champion” for no reason. Anything that The Rock wanted the fans to chant, he would have his way very easily, almost effortless. This is all a testament to star-power. Who is a megastar and who is not?

As I always say, viewership rating is a testament to how entertained the fan base is. After The Rock and “Stone Cold” began departing from the company in 2003 and 2004, the viewership began to trickle back down into the 3M area.. signifying the loss of entertainment attained by fans, due to the company’s biggest megastars calling it quits.

(Not) Ironically enough, WWE’s next surge wasn’t until they had a new megastar established. His name is John Cena. WWE gave John Cena his first World Championship run in 2005 and the rest was history. Ratings didn’t immediately change, as the development of Cena into a megastar was just getting underway, and needed some time. A year later in 2006, John Cena was officially the face of WWE, as viewership was up from the prior 3 years. John Cena took Raw from the 3M area that it was left in, after Austin and Rock left, and brought it into a consistent 4M bubble that would remain until the introduction of “The PG Era.”

In case you’re not catching the pattern here, so far each of the megastars have caused rating spikes, and attracted more viewers to the product. Which begs the question, is Roman Reigns truly a megastar? Is he truly “The Face” of WWE? By all accounts of his fans, and those that tune in for him, he would have became this megastar, and the face of the product, when he returned last summer, a heel aligned with Paul Heyman. The issue with that is, since this moment, the ratings have not gotten better whatsoever. In fact, this last month, Roman’s show has been consistently declining in viewership ratings. Even more so terribly, all of this in a pandemic. When the demand for entertainment was/is at its peak.

The NFC Championship game for the NFL this year drew massive ratings on the same exact network as Roman Reigns is on. Overall, sports as a whole has skyrocketed in ratings from this entertainment demand. So what is wrong with WWE?

Better yet, what is wrong with Roman Reigns? Before you get to thinking, “football and other sports are totally different, and have different fan bases” allow me to enlighten you. On Christmas Day that just passed, Smackdown drew its highest viewers since its debut episode on FOX with nearly 3.5 million. This is no coincidence. It was Christmas Day. Most people were off from work and were with their families. Smackdown was very likely the only entertainment on, during that time slot. People settled to watch it. That’s the demand of entertainment. This reflects in the very next week, when the rating dropped back down by at least 1M and has yet to come back up any where close. So it isn’t that other sports have different fan bases.. it’s that WWE are not entertaining right now. That includes “the face” of it.

Until then, let’s hope that for the sake of this business that we love, WWE finds their guy.