Honestly: If Kevin Owens Jumps To AEW – It May Not Go The Way You Think 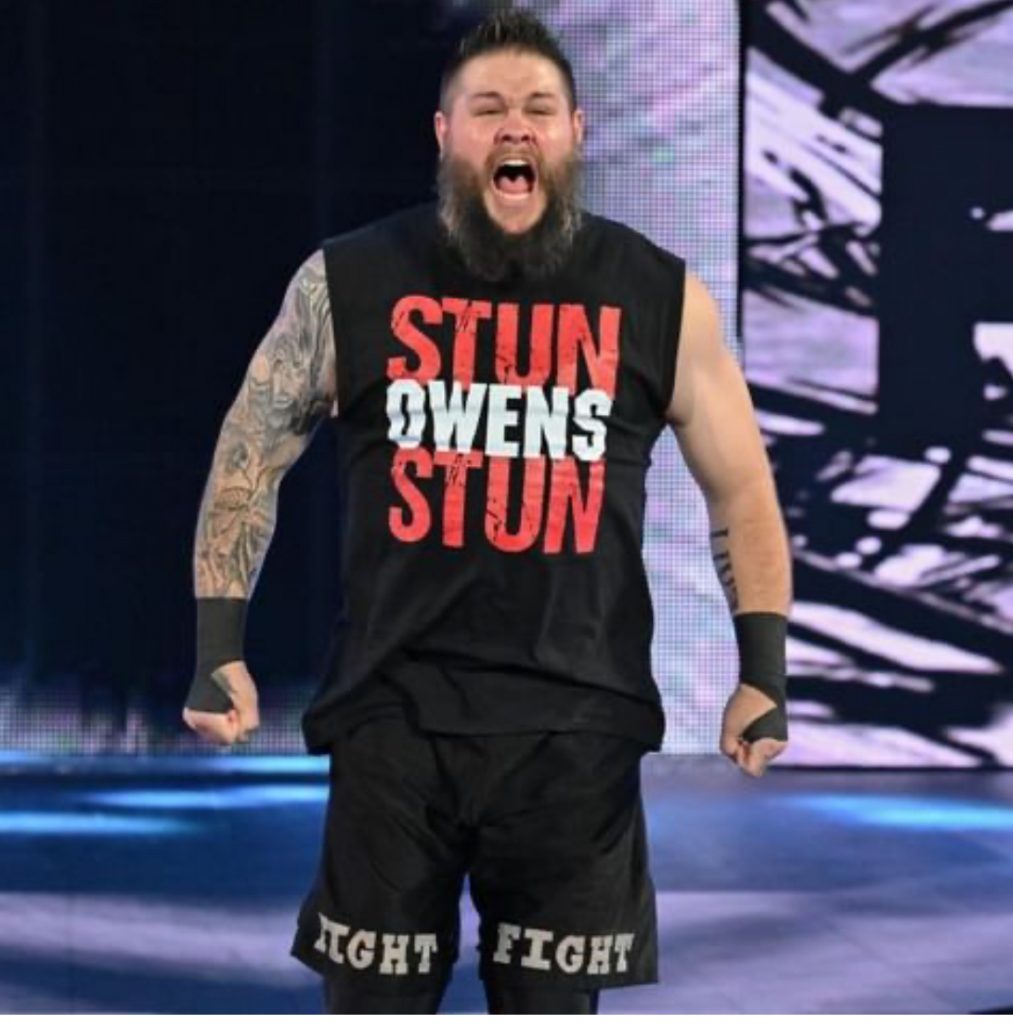 When you think about talents that have been misbooked and taken for granted over the years look no further than Kevin Owens. His run in NXT like a lot of talents that Triple H signed was perfect because for the most part the talents were allowed to be themselves and be what they were that got them over in the independents in the first place. There is a reason that all these talents have nothing but good things to say about their NXT experiences but once they go to the main roster that is a completely different story. He started out on the main roster in the right direction as his first feud was with John Cena and he would go on to win the IC and U.S. titles over the years but as a whole anyone that knows the Kevin Steen from his ROH and PWG runs know this is not the same character and has been heavily watered down or not used at all. His sole world title reign in WWE was a brief Universal title reign which wasn’t even a clean win and quickly lost it to a returning Goldberg because they wanted Goldberg vs Brock for the title at that year’s Wrestlemania. The biggest highlight of his WWE run is his continued feud with his real life best friend Sami Zayn, which their rivalry is one of the greatest feuds of all time.

That brings us to the rumor from this week that Kevin Owens deal is up in January and he is planning to leave and go join his friends in AEW. Now, it is funny that this story broke because I speculated the same thing in my All Out opinion article, three days prior to the rumor that originated with Dave Meltzer. Now, I take anything originating with Meltzer with a grain of salt but assuming it is true I want to focus on what I think what should happen in my opinion.  I put Kevin’s leaving at about 80% and that is certainly not because of Meltzer’s reporting, it is strictly based on Kevin’s social media postings that have been teasing a AEW jump. The Bucks changing their Twitter location to “There” and Owens changing his to “Almost There” and the most blatant one that he posted and quickly deleted:

This is the location of Mt. Rushmore, which as you may know is the stable that Kevin was a part of with Adam Cole and the Young Bucks in PWG. They were like the nWo of PWG as they tore through that company show after show decimating the babyfaces.

Now fans are already expecting a repeat of Adam Cole’s AEW debut where he hugs the Elite members and they are one big happy family but Kevin’s case is different than Adam’s and I ask you just hear me out here.

Adam Cole had ties with Omega & the Good Brothers because of them being Bullet Club alumni and of course he had the same with the Bucks but he was also a part of the Super KliQ with them in ROH and the aforementioned Mt. Rushmore in PWG.

Kevin Owens was never a Bullet Club member. He may have shared a locker room with the Good Brothers and Omega but there was never a onscreen or to my knowledge a close bond with these men. However, he does have the strong bond with the Bucks and Adam Cole both on and off screen.

So this brings us to a AEW debut, this is how I see it possibly playing out:

1) Elite – he joins the Elite and they are one big happy family. Personally, I think this would be a booking mistake because think about it Kevin, Adam and Omega’s characters are all alphas and want to be the head of the pack and how long would they believably get along from a storyline perspective playing second fiddle to Omega? Both Kevin and Adam have betrayed their best friends in the past to get ahead.

2) Renegade – He just goes in there Austin style and just starts package piledriving everyone and maybe if the Dark Order still doesn’t have a leader at this point he has them backing him in a feud with the Elite. Kevin lead a group in ROH called Evil so it isn’t a stretch.

3) Mt. Rushmore – To me this is the best option and how I would do it, you have Kevin arrive and do the whole I’m so happy to be Elite and then when given the opportunity he drops Omega at Revolution. The PPV ends with Kevin escaping through the crowd as the Elite tends to Omega and the Elite are pissed that they didn’t have their nice little reunion like they got with Adam Cole at All Out. In Kevin’s first sit down interview with JR, he can say I kept hearing these guys say the Elite was complete as if I didn’t exist so clearly they weren’t really my friends so I have no loyalty to them and I have been chained up too long and I want to be the big dog:

This would be a nice little promo taking the expected shots at WWE that anyone that jumps is pretty much expected to take about being chained up and of course a reference to him losing to Roman Reigns for the Universal title and being denied that top spot. The Elite and Kevin trade various blows for weeks with Kevin attacking members randomly and escaping through the crowd. The Elite do eventually beat Kevin down and he isn’t seen seen for weeks leading to speculation will be be able to compete against Omega for the title. Kevin does show up for his fight with Omega at Double or Nothing, they have a grueling match but as Omega is struggling to put Kevin away because he certainly couldn’t get him up for Angel’s Wings, a point that Kevin mentions in a promo leading to the match something like “good luck getting my fat ass up in your finisher Kenny”. The Elite comes out after there is a ref bump and surround the ring. Suddenly, the Bucks superkick the Good Brothers and Adam superkicks a confused Omega right into Kevin who package piledrives Omega. The Bucks take out Don and Adam throws the ref back in the ring and the PPV ends with Mt. Rushmore standing tall.

Kevin cuts a promo along the lines of Kenny you were never “elite”, you were just a substitute for me and were just keeping my seat warm for me…(sarcastically) thanks. Mt. Rushmore of course needs to be the dominate group in AEW and I’d put the tag and TNT titles on the Bucks and Adam. Of course the group will eventually self implode because Adam will want to be the world champ.

To me that is a much better and more entertaining option than Kevin just joining the Elite and playing second fiddle to Omega because it doesn’t fit the Kevin Steen/Owens character that he has established over the years. It also doesn’t fit Adam Cole either as he is used to being a leader as well so the dynamics with Kevin and Adam could be a hell of a feud for the AEW World Championship at some point.