Honestly: Honor is Real and so are there Factions! 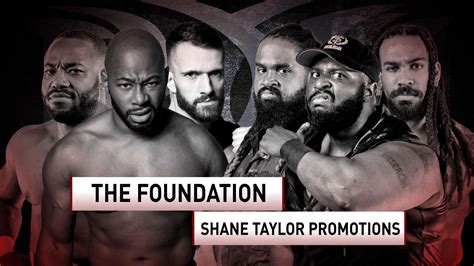 Wrestling is a Chain of Events and when it comes to being a fan and in that chain are multiple changes and shifts you take as a wrestling Fan either matures throughout the process of you watching or it evolves in a way where you enjoy the product regardless of what’s being shown on TV. But the one thing that makes us wrestling fans enjoy the product the most is working on a group and those groups are known as factions!

As Time Changes so does our tastes as wrestling fans and simply as this the best way to keep us motivated into liking certain characters or the certain actions of that person is building a Faction around them when you think of Club or one of the greatest you think of the Bullet Club currently in NJPW Or one of the more expanding groups in AEW Known as the Nightmare Family however all of these groups in certain companies have the same problem and that is Storytelling it’s just the simple. The wrestling fans are smart enough to see through the simple minded management of the classic ‘These Men we’re put together simply because they look cool together.’ However when it comes to a Certain Promotion that knows exactly what they are doing and that is Ring Of Honor.

Lets start Diving into Ring of Honor and reminder this is strictly my opinion and my opinion only. When looking at almost all of the factions in ROH you see something in them and what it is simply is the Story and the hard work put in each and every wrestler in that faction starting off with one of my favorites The Foundation with the Following members Jay Lethal, Jonathan Gresham, Rhett Titus, and Tracy Williams. Each man has a story of there own from either the early days of ring of honor to now the newest days of the Pure Division returning earlier this year. We look at the different characters that make the faction and it’s simple as this each man fought there way in ROH but wrapped there heads around the same beliefs and that is Honor is Pure as it is Real.

Comparing a true and amazing goal to that of All Elite Wrestling Death Triangle a group of three super talented men who came together at first with intent to takeover to now baby faces who get there faces stomped in the mat every week it shows the failure of the system known as Faction Buildings.
At the End of the day when wrapping you’re head around Factions that are built not just in AEW But all around the world in different companies I believe that Ring Of honor has the best placement skills in making not only great wrestlers but great factions as well such as STP ((Shane Taylor Promotions.)) The Foundation, Violence Unlimited, and La Faccion ingobernable.

The point that I’m trying to make is this when going in the game of factions you need proper storytelling as well as hard work put towards every superstar you use in that group of men so the spotlight can begin to grow off each other. The only company that seems to be doing there job in the right way is Ring of honor wrestling. The process that is multi man teams holds a very special spot in wrestling fans hearts and for companies that thrive on this type of teamwork need to take tips from ROH. Especially if you claim to be All Elite.