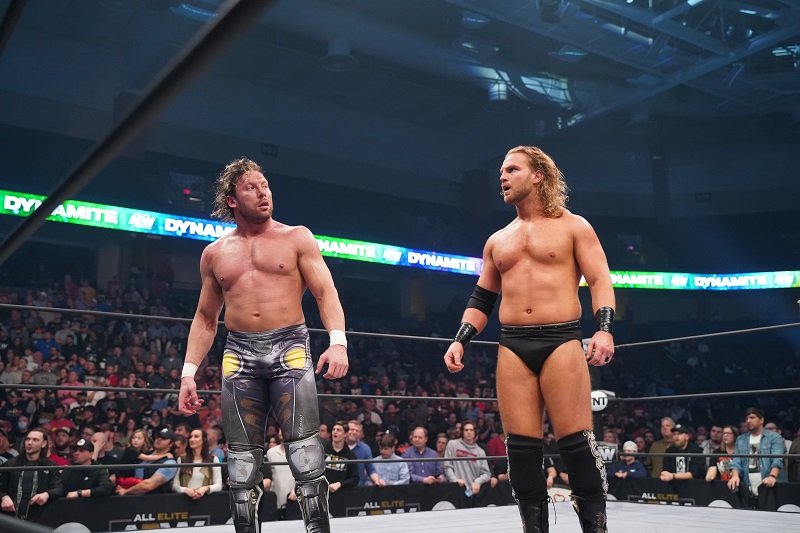 One of the most intriguing storylines of All Elite Wrestling has been the rise, fall, and growth of Adam “Hangman” Page. Adam’s story has been taking place even before the inception of AEW but it seems as if it will soon come into a full circle.

But this development does not mean that Hangman should become champion yet, that is why I will take a moment to explain why this is such as there are various layers story-wise.

The Highest And The Lowest

It is no secret that the story between Hangman and Kenny has gone through various phases since they won the tag-team titles to their last match as a team. While Hangman became depressed and pretty much an alcoholic, Kenny took the world by storm as the champion of various promotions.

A year has passed and despite some impressive wins, Hangman still hasn’t been able to truly find himself despite having others care for him such as The Dark Order.

The “villain” of the story is not Kenny Omega but Hangman Page himself, as long as he does not believe in what he can achieve then there is no way he currently deserves the AEW championship. The only way Hangman will properly become champ will be when he finally realizes his full potential and he understands that he does not need The Elite in his life.

Build Until The Inevitable Ending

The amazing thing regarding Hangman’s storyline is that this has been years in the making, it has been layers upon layers as the inevitable end is for Hangman to become champion.

This feud needs to continue exploring the continued failure of Hangman while Kenny’s success makes him re-evaluate the person he wants to become, slowly seeing as he finds himself and becomes the best version of himself. The layers need to continue as we must remember that now is not Hangman against Kenny but it will be against all of The Elite.

This past week at AEW Dynamite we saw how Hangman confronted The Dark Order for them claiming that he should be the next challenger for the AEW championship which plants the seeds for having a faction vs. faction war which could be interesting as this time Hangman won’t be alone this time around.

It is obvious that Adam “Hangman” Page will become champion eventually, but what will make his win much impactful will be the buildup to his win.