Honestly: From Blackballed to Resurrection – The PCO Story 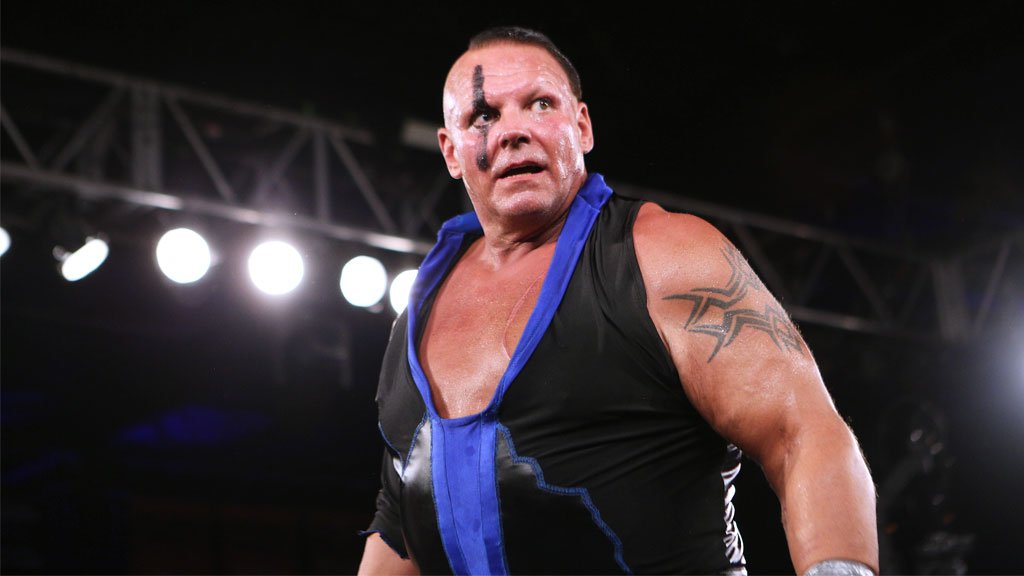 For Halloween, this seemed the perfect wrestler to profile. The thing about professional wrestling is that not every story in the business takes place in front of the camera and certainly not all those stories have a happy ending. Often times it is drugs or alcohol that causes a career to be shortened or you are not able to deliver in the ring and none of these things are true when it comes to PCO but for many years he was marked as someone not to do business with and it was all because of a stupid mistake on his part and an abuse of power from a certain Kliq.

Let’s take a look back on his career leading up to this moment that changed his life and career forever and what happened after. Pierre Carl Ouellet or as he is known as PCO, grew up in Canada so pretty much hockey and professional wrestling were ingrained on his DNA from early in his life. Tragically, a childhood accident would cost him vision out of his right eye. So he would already be handicapped in his pursuit for a professional wrestling career but he would not let that deter him from him achieving his dream.

After wrestling on the independents of Canada, he was noticed by the WWF, most likely by Canadian WWF HOFamer, Pat Patterson and was brought into the company as part of a tag team with Jacques Rougeau as the Quebecers. They would have pretty decent success as a tag team holding the tag titles 3-times during their short run as a team from 1993-1994.

The company saw something special in Quebecer Pierre and wanted to push him as a singles star in 1995 but during that time almost every wrestler needed some type of gimmick and they saddled him with being a pirate.   He was repackaged as “Jean-Pierre LaFitte”, the descendant of real-life pirate named Jean LaFitte, who wore an eyepatch over his real life blind right eye. He was placed into a feud with Bret Hart and the two instantly cliqued in the ring. They would feud for 3-months including a match at In Your House 3, Dave Meltzer would refer to the match as an excellent match that saved the show. When talking about working with Pierre on the WWE produced, “Bret Hart – The Dungeon Collection” DVD, he stated, “In a lot of ways, I loved working with guys like him. He was a guy, that when he threw you in the ropes, he really threw you in the rope…everything he did was power, and at the same time he was a very safe guy…. He took a lot of pride in his work, he really wanted to have a great match with me…And so we worked really hard, and it was a really good match.”

After impressing the office with a feud with Bret Hart, there was talk about possibly putting the WWF title on him according to PCO in a shoot interview years later. That would all be derailed for one piece of advice that he regrets listening to in hindsight. At the time, for some unknown reason possibly a Pat Patterson thing, the shows booked in Montreal were always booked differently than anywhere else where the Canadian wrestlers would be put in more high profile matches and would often go over. Pierre was booked to face than WWF Champion, Diesel (Kevin Nash) at a show in Pierre’s hometown of Montreal and was told he was going to lose cleanly to Diesel. Pierre received advice that he shouldn’t lose cleanly in his hometown as it would bury him. So Pierre refused and the match ultimately ended in a double count out.

Well this needless to say pissed off Diesel and the other members of the Kliq as it was seen as a sign of disrespect that he wasn’t willing to do the job to the WWF Champion. Diesel actually had a valid point because that is tradition in the business to make the champion look strong regardless of where the show is taking place. In a 2019 interview, PCO admitted he was wrong:

On the issues he had with the Kliq that ended his WWE run: “It was actually [laughs], it was a really bad move on my part! I can say I take 100% of the blame on that. You know what? The Kliq, they weren’t cool back then. They were all about themselves. They pretty much had control of the company. If Diesel wasn’t World Champ then he and Shawn were the Tag Team Champs and then Razor Ramon was the Intercontinental Champ. Then there was the [1-2-3] Kid and later, Triple H joined. They were the Kliq. I don’t know … At that time, at that age, I was like 25 or 26 and I just felt it was time I put my foot down on the ground. I felt Vince didn’t have control of the company anymore. The Kliq had control of the company. It made me kind of furious at the time. I was young and lacked experience while in a big company like that, pretty much alone with all my thoughts and problems. I think I created, you know, 99.9 percent of my problems. I confronted Shawn Michaels in 1994 and Diesel in 1995… I think I was my own worst enemy.”

Even though Pierre was wrong on how he handled it, what the Kliq did in retaliation was much worse as they had tremendous stroke with Vince McMahon, they badmouthed him as someone that was difficult to do business with. This would kill his push and eventually lead to his release. Getting someone fired for a stupid mistake and essentially hurting him and his family taking away his income was very heartless on the Kliq’s part and on McMahon’s for agreeing with them.

Pierre would bounce around from WCW, WWF, ECW and WCW between 1996-2000 for very short stints but it was clear the stigma of what happened in Montreal lingered over his career. He would bounce around the independent scenes until 2011. For a long time Pierre held anger towards members of the Kliq but he realized he was partially responsible for what happened as well and would make peace with Nash and HBK. Nash talked about in a shoot interview, he pushed for him to get a job in TNA. Nash even did the job for Pierre at a show in Canada. Pierre said when he saw HBK at a convention, Shawn went up to him to make peace with him and Pierre asked if he could get a tape to Vince and Shawn promised he would personally deliver it to him and a short time later he got a call for a tryout but nothing came of it. Pierre decided to leave the wrestling business in 2011 as he felt he would never get a chance to perform on a big stage ever again.