Honestly: Edge And Seth Rollins Have Had The Best Rivalry In WWE This Year 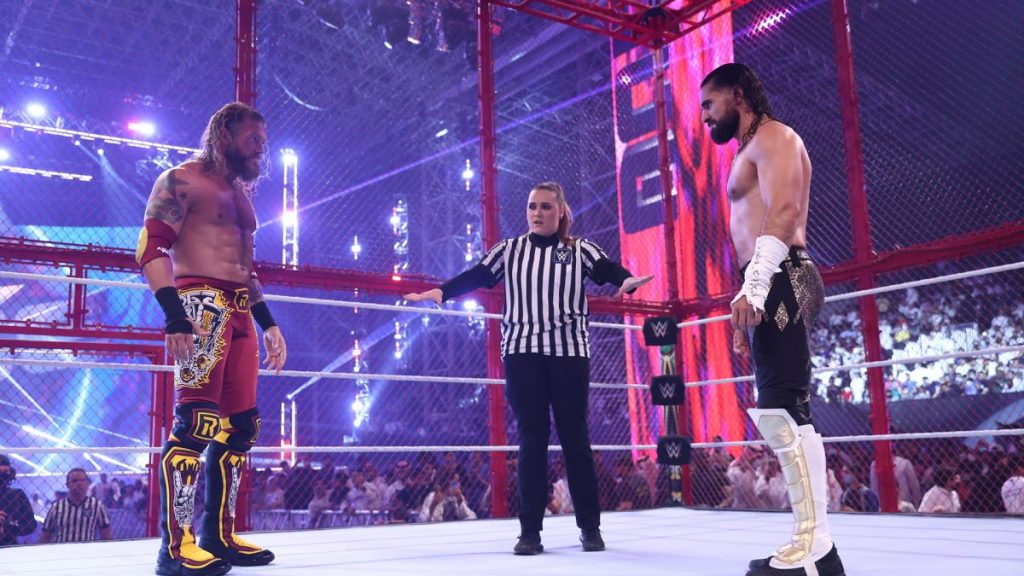 Edge and Seth Rollins, a rivalry 6 years in the making. To say it has lived up to the hype is a massive understatement.

This rivalry has been the best in WWE this year in my opinion, so I’m going to show you why I believe this. I know the Roman Reigns and Brock Lesnar storyline might be more compelling, but I feel overall Rollins and Edge’s rivalry has been better.

The role of Seth Rollins

When you talk about underrated heels, Rollins’ name is up there. I can make a whole article just on how good The Visionary is right now.

Rollins is one of the best heels in the business right now and his role in this rivalry has been perfect. Everyone knows how good Rollins is in the ring but it seems like his character now is one that has suited him best in WWE. His promos have been some of his best and if this character needed elevating then this rivalry did just that. If we had a different character for Rollins then I honestly don’t think this rivalry would work as well as it has. That shows how key he has been in this rivalry.

The motivation of Rollins’ character is another reason why this rivalry has worked so well, mainly because it actually makes sense. Rollins wanted a Universal Championship opportunity, instead Edge got it. That right there is your base for the rivalry, it might seem simple but it’s perfect.

The role of Edge

Then we have Edge. The babyface and fan favourite of this storyline and even though his best work is when he is a heel, he has done very well in this role.

Why does Edge work as a great babyface to Rollins’ character? Because the fans love him, he is a Hall of Fame legend that has come back from a near career ending neck injury so how can you not cheer for him, especially as the guy he is facing is trying to end his wrestling career in order to get a title opportunity.

There have been so many things that The Rated R Superstar has done right in this rivalry, there aren’t many better on the microphone than Edge and he has shown that in this storyline, he made the WWE Universe actually believe that he wanted to hurt Rollins and those promos are what helped the fans get so invested in this rivalry. We know how good Edge is and this rivalry has shown that he can work perfectly as a face or a heel.

Why did this rivalry work so well?

Well the simple answer is because of the two people involved in it.

It is crazy how good the chemistry between Edge and Rollins is, this showed in basically every aspect of this rivalry. These two worked perfectly together in their promos and matches and both of them made this feel like a heated rivalry.

The promos of both wrestlers have been incredible, individually and together the promos and segments have been some of the best in WWE this year and that is no surprise considering how good Edge and Rollins are on the microphone. Their individual promos especially have done such a good job of maintaining the heat between the two without them having to come face to face.

In a rivalry the main part is of course the matches. The first match was just a classic at Summerslam, a great wrestling match that ended with Edge coming out on top, luckily this rivalry was a best of three and the second match came on Smackdown at Madison Square Garden. This time Rollins won with the Stomp and this then set up a third match in none other than Hell in a Cell. WWE rarely produces a Hell in a Cell match when it is needed but this stipulation was the perfect end to this rivalry. The match opened Crown Jewel and was the best match out of the three with Edge winning after hitting the stomp on Rollins in a five star match, the perfect ending to an incredible rivalry. All of these matches were fantastic and kept up with the intensity of the rivalry extremely well.