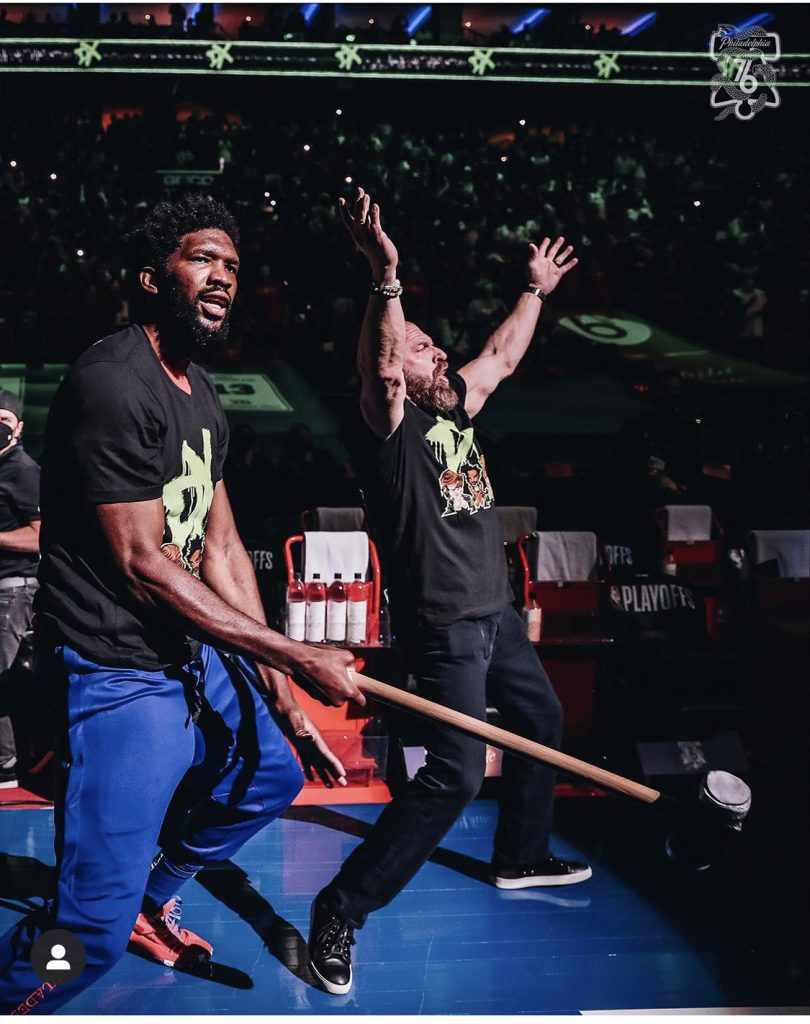 The WWE has always done better than any other promotion by embracing pop culture. As illustrated recently by their embracing of Bad Bunny, who appeared on both SNL and the Grammys with the 24/7 Championship. WWE not only embraces pop culture they become pop culture and that is just smart branding.

WWE has especially fully embraced the sports community by sending custom championship titles to teams, which are often seen at the championship parades. Photos and videos of these parades are seen the world over and so are the wwe title belts as a result. Again, it has everything to do with smart branding.

Now that brings us to the Philadelphia 76ers, during a recent NBA playoff game, Joel Embiid, was seen doing the DX chop. This of course blew up on social media in a large part due to Philly fans spreading their love of the 76ers and DX. Philly fans often get a bad rap but they are incredibly passionate sports fans and wrestling fans as it is the birthplace of both ECW and ROH. So no surprise it got to Triple H, who of course acknowledged it and fully embraced it.

To the surprise of no one, it was expected that Triple H would likely come in to do the pre-game ringing of the liberty bell before a game and today was that day. Triple H came out to the DX theme with Joel Embiid and the Philly crowd loved it. If the 76ers are somehow able to win it all, it wouldn’t shock me if DX makes an appearance at the championship parade.

Branding is huge and WWE knows that positive buzz helps the company as a whole whether it brings in new fans or brings back old ones or leads to a new sponsor or sells some merch. It is a win-win for everyone.