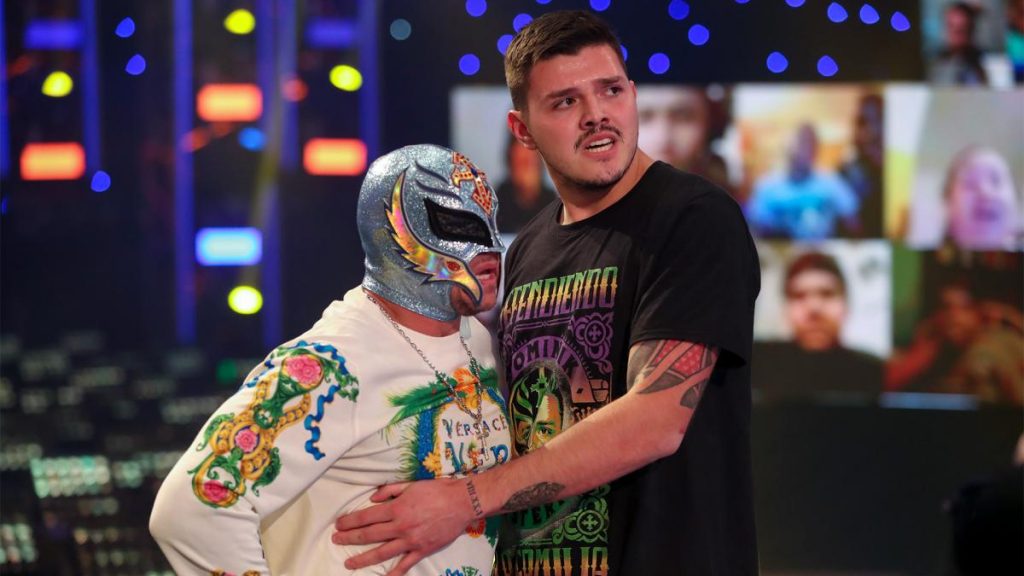 Wrestling has been going through an interesting shift as our favorite athletes are just a few years away from either retiring or working part-time, this was something that would occur sooner rather than later yet we often overlooked it.

It is the year 2021 and we are seeing how the wrestling world has been evolving as a new generation has started to slowly take over the industry. Names such as Bryan Pillman Jr and Sammy Guevara are just a few names that are starting to make an impact on the industry.

Something that has always been brought up is the way WWE has had problems when creating new stars, this itself can be seen by how they have booked many talents that have been called to the main roster from NXT.

The truth is that WWE does have a serious problem in regards to the way they create stars but that does not mean every new talent fails to succeed and Dominik Mysterio is a prime example of that.

Since Debuting, Dominik has proven not only that he can hold himself alongside many veterans from the business and continues to shine as part of a roster full of talented people.

As the son of Rey Mysterio, Dominik has been able to be his own person as his feuds against the likes of Seth Rollins have proven that he is here to stay in wrestling for the long term. Not everyone decides to take risky bumps or simply be part of big storylines and Dominik has been doing so which should be applauded.

What surprises me about Dominik Mysterio is that he has been able to slowly find himself and the type of talent he wants to become long-term wise, his maturity towards wrestling is remarkable as he is able to step back in order to see where he can grow to become better.

There have been rumors that Dominik might take the Mysterio persona in the near future, this is an interesting idea but it does not surprise me because that seems to be the plan for Dominik all along which is understandable.

My hope is for Dominik to continue proving to others that he is a WWE superstar because he is truly bound to achieve great things as long as he continues to take his craft seriously and masters it to the fullest.