Honestly: Deonna Purrazzo Is The Current Queen Of Wrestling 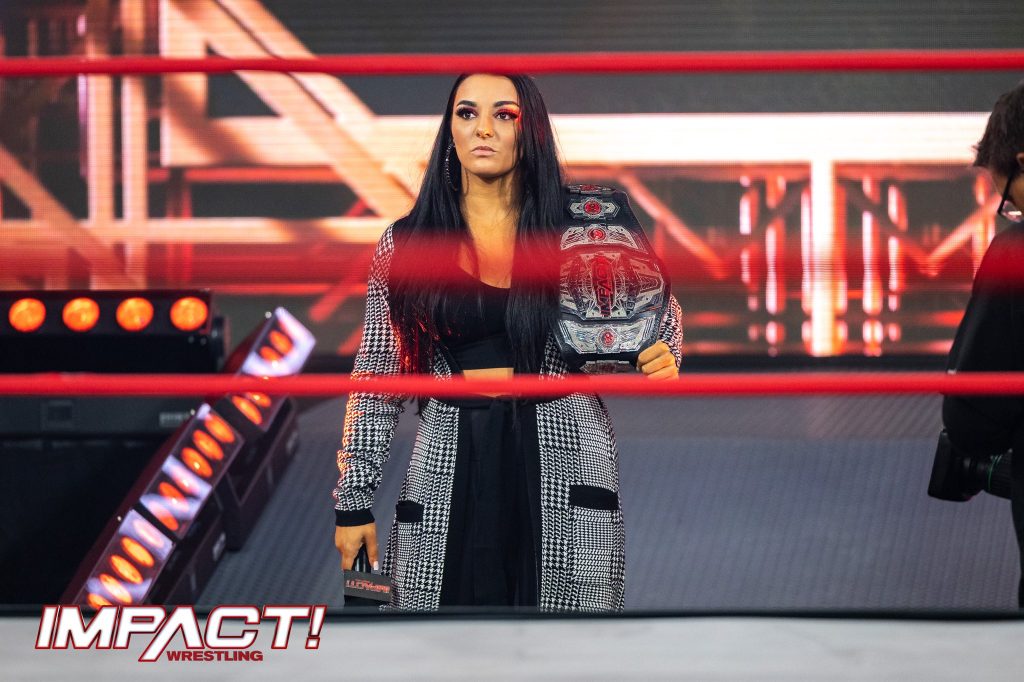 In the last couple of years, it is no secret that women have started to take over the wrestling scene as they have been having great matches throughout different promotions. From the four horsewomen in WWE to the rise of Britt Baker and Thunder Rosa things are looking bright for women to succeed in the wrestling scene.

One of my positives in my “Honestly” article on Impact wrestling is how they have treated their women’s division equally to their other divisions by giving them the time to develop programs as well as their characters/gimmicks.

Come the year 2021 when released NXT superstar known as Deonna Purrazzo has been the face of Impact’s women division with a title reign of 265+ days and continues to demonstrate why she is the current queen of wrestling.

The Rise Of “The Virtuosa”

It is insane to think what a year can do in the world of wrestling, that is something Deonna can say as her career in WWE was not bad as she got the chance to have matches for both NXT and the main roster but she was mostly utilized as enhanced talent.

Now Deonna can just focus on elevating herself as much as she can, this is because of how experienced she has demonstrated to be in and outside of the ring.

Purrazzo’s rise as “the virtuosa” has been an amazing experience because as fans we can see how much fun she has with her character. Purrazzo’s expansion to other promotions such as AAA and NWA will also help her to get established as a prime example of how there is more out there for young talent that looking to make a name for themselves.

The Virtuosa is not going anywhere anytime soon, Impact has helped her get enough freedom for creativity which promotions should allow to their signed talent as it proves that it can work.

The reigns of female champions often have a mixed reception with the fans as they often don’t last quite long, this hurts the relevance of the title and diminishes the holder from having a serious effect on the public.

Some female wrestlers that often struggled with having a proper reign are Sasha Banks, Charlotte Flair, and Nyla Rose and this occurs thanks to how they are booked as it affects the fan’s thoughts on their overall reigns. Unlike other title reigns, Deonna has been able to hold the title for a long amount of days and has made each second count by helping other members from the roster at the same time.

Matches such as the recent one against Thunder Rosa and Rosemary have established Purrazzo as a level that many women’s champions have not been able to get to because she has stayed consistent throughout her entire reign.

I am excited to continue seeing Deonna Purrazzo’s growth inside of the ring and where her talents will get her to. For Purrazzo the sky is truly the limit.