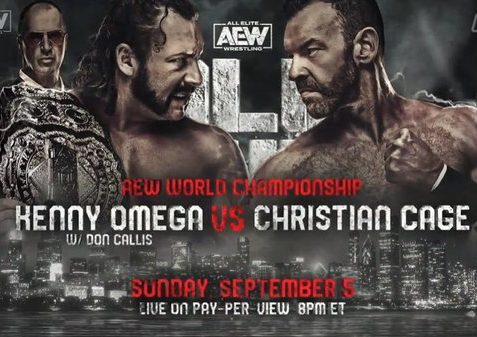 Before I get into the match itself coming up at All Out, I want to discuss the year that both men have had and the build up to All Out.

No one thought in 2021 we would see the return of Christian to professional wrestling after his career was cut short in 2014. For years fans have wanted his return but Christian would repeatedly say it was unlikely due to a believed career ending concussion injury that would prevent him from ever being cleared. Since that time we have seen the return of Daniel Bryan and Christian’s best friend, Edge. Both men whose careers were ended due to believed career ending injuries. Christian has said Edge’s return is what seriously made him consider a possible return assuming he could get medically cleared.

The wrestling world was rocked with the stunning surprise return of Christian after 7 long years as he entered the 2021 Royal Rumble match. When you talk about defining memorable moments that reminds you why you became a fan in the first place look no further than Christian reuniting with Edge. Two men that are more like brothers than friends and who had boyhood dreams of becoming wrestlers and are two of the very best to ever enter that ring. No one knew if this was a one night return or if he would stick around for another run.