Honestly: Cardona’s Challenger At Alwayz Ready Should Be Glenn Jacobs 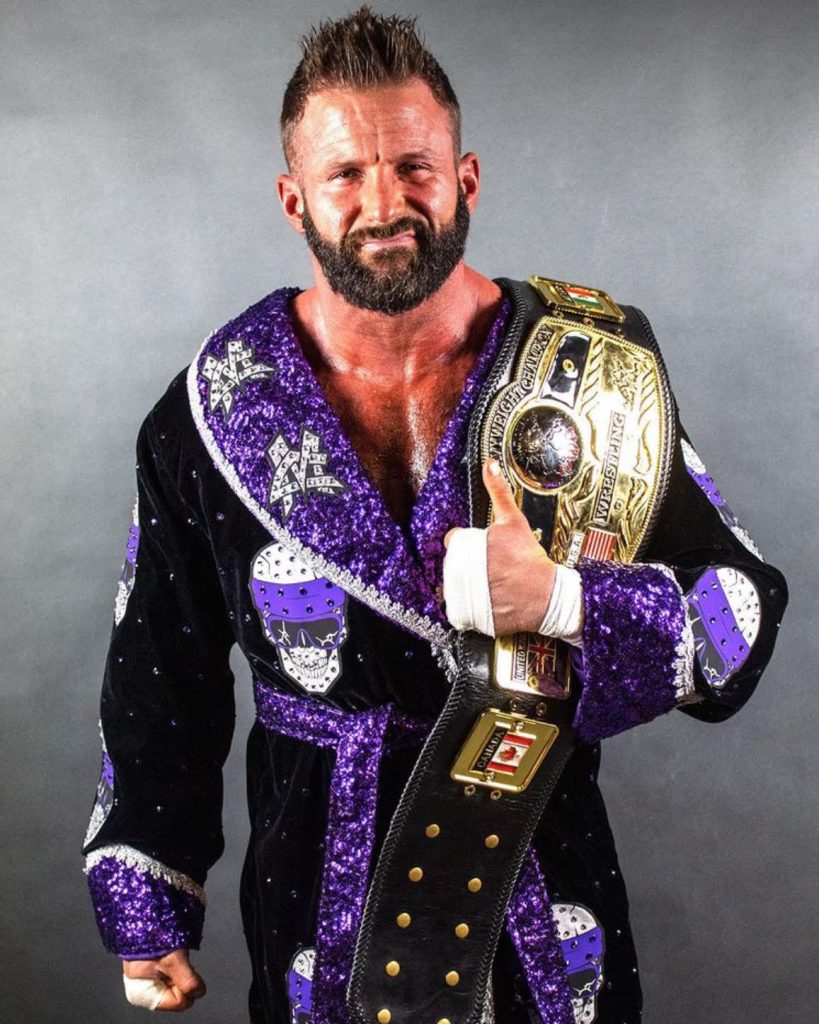 Now before I get any hate for this, I asked that you hear me out. It is undeniable that Matt Cardona has had the best 2-year run of any of the wrestlers that were released by WWE in 2020. From a guy that was constantly called Mid-Cardona and many wrestlers, fans and WWE corporate writing him off as someone that could never amount to anything above the mid-card, he has been showing the world he is more than their vision of him. I wrote an article a few months ago, that Cardona’s WWE release was probably the best thing that could have happened to his career, that statement is still true. As Cardona is winning indie titles throughout the industry making him the latest to become a belt collector.

The most prestigious of all the titles that Cardona currently holds is the NWA World Championship, a title that has been worn by some of the greatest wrestlers of all time from Ric Flair, Terry Funk, Dusty Rhodes, Harley Race, Sting, AJ Styles, Christian Cage, Cody Rhodes, Nick Aldis and the list goes on. As Billy Corgan has made it his mission to bring the NWA brand back to prominence by embracing its history and making the title mean something again, Cardona has been the perfect lightning rod of controversy to hold it. Tim Storm, Nick Aldis and Trevor Murdoch all held the title with a reverence that was very old school of previous world champions in wrestling. Cardona came into the NWA saying he was there to save the NWA, which is the same thing he did in GCW to garner major heel heat. Cardona has marketed himself incredibly well always being out there and has a following of fans that likely checked out GCW and the NWA, because he was on it.

The NWA’s next PPV is literally named after Cardona’s catchphrase, so his heel character will definitely have an ego boost that he is the NWA, and it all revolves around him. Cardona made a recent comment on NWA Powerrr that there may not be anyone good enough in the NWA to challenge him for the title. As Billy Corgan plays the owner not happy that Cardona’s his champion as he thinks he is better and bigger than the NWA and the title that he is holding, it got me thinking when I saw this poster for Alwayz Ready.

To be more specific the location of the event, Knoxville, TN, the home and town of one of Cardona’s biggest rivals of his career. Who just so happens to be the actual Mayor of the town, Glenn Jacobs or as many wrestling fans know him, the WWE HOFamer, Kane. Despite everything that Cardona has accomplished in his career his constant beatings and jobbing to Kane is still brought up by fans all the time even WWE marked the anniversary of Kane launching Cardona off the Raw stage.

Cardona is a significantly better performer than he was during his Zack Ryder days of being Kane’s victim and with the show literally in Glenn’s backyard it would be an incredibly smart move to book him as Corgan’s attempt to get the NWA title off of Cardona. It would be unexpected and a huge draw to fans in Knoxville to see the legend wrestle one more time. I personally don’t think Glenn would have any problems putting Cardona over as Glenn is pretty much retired now and he has never had a problem putting younger talent over.

I would assume Glenn has some type of legends deal with WWE, but it’s exact details other than for Kane merchandise, I don’t know what it actually entails like he can’t appear at any wrestling show etc. Since he is an actual Mayor, I have no idea what kind of contract he could even have with WWE outside of a merchandise deal. I’m sure he cannot appear or wrestle as Kane anywhere outside of WWE, but would it bar him from appearing as Mayor Glenn Jacobs? I’m sure Glenn couldn’t appear for AEW in any capacity but considering WWE doesn’t consider the NWA as legitimate competition, they may be more open to letting Glenn wrestle a one off as himself if there were any contractual issues. If Glenn asked and the fact Cardona didn’t leave WWE on bad terms and still occasionally sends Vince texts and supposedly gets replies, I don’t think it is impossible to see this happen. Despite his age, Glenn recently posted at 55 he is still in phenomenal shape and could certainly pull off one match with Cardona.

This may just be a pipe dream booking on my part, but like I said I think this would be a great booking option for them. This would be a full circle moment for Cardona’s career, being able to defend the title against a former rival that always got the upper hand on him and for Glenn to return the favor to Cardona for jobbing out to him over the years. This would be a fun match and moment for the fans to see this match one more time and a great publicity match for the NWA.