Honestly: Bryan Danielson Is A Blessing For AEW 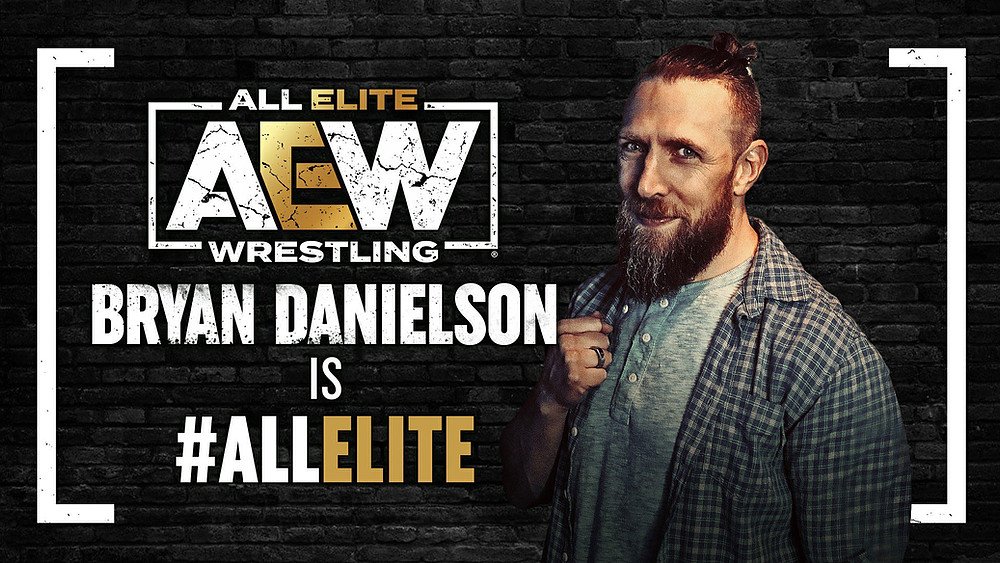 Shortly after Bryan Danielson made his AEW debut Sunday night at All Out, the AEW on TNT’s Instagram page posted an amazing photo edit to announce this signing. The caption read “when the marquee says Bryan Danielson it might as well just say WRESTLING.” This is by far the truest statement that could be made regarding Bryan Danielson and his new venture in All Elite Wrestling. Bryan Danielson, formerly known as Daniel Bryan is highly regarded as one of the best wrestlers the world has ever seen. For years, his name has been mentioned with those of the likes of Bret Hart, Shawn Michaels, Kurt Angle, and the rest of the technical greats. Bryan’s involvement in AEW should be a game-changing addition to the roster, especially since he hasn’t lost the passion for immaculate performances.

As previously stated, it’s widely noted that Bryan’s name is mentioned in the same breath of the great Shawn Michaels when speaking about technical greats. It is also fairly noted that Shawn Michaels trained Bryan Danielson. Classic Bryan Danielson matches such as those in Ring of Honor against Nigel McGuinness, Lance Storm, or Samoa Joe are direct products of Bryan being trained by HBK. He proceeded to go on to WWE and have classics with the likes of The Miz, AJ Styles, and Brock Lesnar to name a few. It is this technical prowess that Bryan Danielson is bringing with him to AEW. His in-ring IQ and passion to perform at a high level will certainly rub off on the rest of the AEW roster.

As if the young talent in AEW – the next generation of wrestling wasn’t promising enough, the veteran leadership of Danielson brings it to the next level. I’m certain Bryan will be a locker room leader and someone the talent will approach for advice, or to ask questions. Bryan Danielson truly is a blessing to AEW in more ways than one. I look forward to seeing Bryan have masterpiece matches all while teaching the next generation “how it’s done.”

The potential matches for Bryan Danielson in AEW are insane. Matches against Adam Cole, CM Punk, Kenny Omega, and plenty more are certain to do big things for AEW. The words ‘all time’ is often used too loosely, but those words are fitting for Bryan Danielson. Danielson will undoubtedly go down as one of the greatest WRESTLERS of all time! Having his presence in AEW is a plus that will be seen throughout the quality of wrestling Bryan Danielson will bring to the table. AEW has hit the jackpot bringing in Bryan Danielson. I cannot wait to see what lies ahead.