Honestly: Brian Pillman Was So Revolutionary and Ahead Of His Time 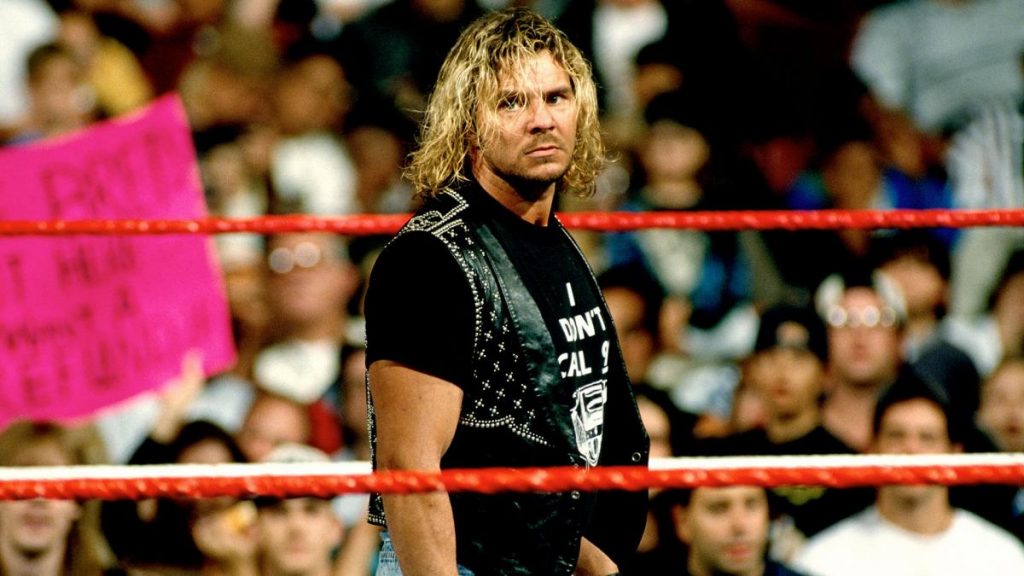 The world of professional wrestling has lost many great performers at an early age and one of those biggest losses was Brian Pillman. Pillman passed away on October 5, 1997, at only 35 years of age, and in that time since his sudden death, many fans still remember him because of his son carrying on the family tradition in AEW. Also, Brian’s legacy is remembered via the WWE Network, YouTube, the recent Dark Side of the Ring episode, and of course articles like this one.

Even though Brian’s live was tragically cut short, he is a legend in this business and should already be in the WWE HOF. People forget Brian was only in the business about 11 years and he continued to innovate and show the world he was so ahead of his time. Brian dealt with adversity his whole life. He never knew his father as he passed away suddenly when Brian was only three months old. In addition, Brian developed multiple throat polyps as a child and underwent as many as 32 operations to tend to them, many before the age of three. He spent a lot of time in hospitals as a child and due to his now signature raspy voice was often picked on as a child.

Despite this adversity, Brian turned to sports where he excelled particularly at football especially during college. He eventually played professionally, but it only lasted three years. As one dream ended in Calgary, a new one began as he began training with the legendary, Stu Hart, to pursue a career of professional wrestling.

He chose the name,”Flyin” Brian Pillman, because he wanted to utilize the high-flying style of wrestling that was common in Mexico but not to an American audience. Now that style is commonplace today, but in the late 80s and early 90s it wasn’t common at all. Pillman is a pioneer in that respect, making the audience ignore his small size and just focus on his talent. In a business that tends to prefer big guys, he was one of those early wrestlers that proved that size does not matter, if you have the talent and the desire to make it in the business.

He wanted more from his career in WCW, he felt that he was capable of more if given the chance.  WCW paired Brian with a young “Stunning” Steve Austin (long before he became the biggest name and draw of all-time as “Stone Cold” Steve Austin). Together they were the Hollywood Blondes, a great team that feed off of each other’s charisma and the sky was the limit for their talent. Although initial opposed to the idea of being in a tag team they truly bonded and were like brothers. For a team that was likely just thrown together and management not expecting it to work as well as it did were surprised. The team was short lived as there have been rumors persisting for years that backstage politics forced the team to break up. The reason being that they were getting too over to some talents liking. That has always been the rumor but as far as I know it has never been confirmed.

Despite this forced setback, Brian wanted to do something different, something that has never been done before. He knew that WCW management, Eric Bischoff, viewed Brian as that reliable cruiserweight, but Brian knew the money was in the upper card and he’d never get there as Flyin Brian.  He wanted to create a persona that made fans question if it was real. He along with his friend, Kim Wood, created this character that blurred the lines between real and fiction that no one knew what was real and what was scripted. The Loose Cannon character was such a phenomenal revolutionary character that only Brian could have pulled it off and he did it to perfection. He knew this character could get him that big money contract.

Brian knew that WCW would put a ceiling on the Loose Cannon’s potential and have no idea what to do with the Loose Cannon character. They were not in the business of building new main event stars at this point. They just kept the spotlight on the same stars such as Hogan, Flair, Savage, Sting, Luger, etc. Brian appeared on WCW doing things like calling out the booker and appearing to be going rouge and off script. No one except Bischoff and Kevin Sullivan knew this was a part of the storyline. Erratic behavior like calling Kevin Sullivan “Booker Man”, which was a shoot on the fact he was the booker in WCW. In a match with Eddie Guerrero on the January 23, 1996 episode of Clash of the Champions XXXII, Pillman popped up from behind and grabbed commentator Bobby Heenan by the collar, causing Heenan (who had a history of neck problems) to blurt out “What the **** are you doing?” live on the air as Heenan likely thought it was a fan that grabbed him from behind.

Just how committed was Brian to get the Loose Cannon over? According to Mark Madden, Pillman called him asking to him to borrow his press pass for Super Bowl XXX, so he could run on the field naked and chain himself to a goal post for the publicity to get the Loose Cannon over. When Madden told Brian, I will get fired for that, Brian’s response was “I can’t be the only one willing to sacrifice for this Mark”. Madden admits he even considered giving Brian the pass, but ultimately decided it wasn’t worth the risk to his sports press career.

The next part is up for debate, Brian was able to convince Bischoff to release him from his actual WCW contract. According to Bischoff in his autobiography, Brain would go to ECW and the WWF as the Loose Cannon, but ultimately return to WCW with the character, making it the most over character in the industry’s history. Part of this plan was giving Brian the big contract he wanted. However, I don’t believe Brian ever really intended to return to WCW, because he knew the backstage politics would never allow him to get above a certain level.

So, long before the “American Nightmare” Cody Rhodes left AEW and returned home to the WWE as the same character he was in AEW. The Loose Cannon character appeared in WCW, ECW and the WWF all in a manner of months in 1996. Brian finally got that big contract he wanted, but it wasn’t in WCW like Bischoff expected. Now whether Brian was playing Bischoff just to get out of WCW and his plan was always to sign with the WWF long term is really unknown and has been debated for years.  Since Brian passed away in October 1997, we will never know if he ever intended to jump back to WCW as he was the only one that knew his true intentions as Brian love working everyone so they never knew what was true.

The Loose Cannon was a great character in all three companies, and no one knows for sure how far and how successful that character could have been, if he had more time. Prior to Brian’s death, his career went full circle as he joined the Hart Foundation stable, reuniting with the family that brought him into the business and he got to feud with his former tag team partner, Steve Austin. Along with Austin they were involved in one of the most controversial segments in RAW and WWF history, when for the first and only time ever, Austin broke into Pillman’s home and Brian pulled out a gun…needless to say USA Network was pissed. It created one of the most infamous moments in wrestling that is still talked about today.

There are wrestlers that have wrestled longer careers than Brian but didn’t leave the indelible impact that Brian had. Brian’s legacy in this business and the talent that have been inspired by him over the years continue to keep his legacy alive. Looking back, it could be said that the Loose Cannon character was part of the inspiration for Austin’s Stone Cold character in 1996, who also defied authority and the fans connected to it because they were able to relate to it. The Stone Cold character may have been completely different or not have happened at all, if the Loose Cannon was not created first in 1995. The Dean Ambrose/Jon Moxley lunatic character today is clearly inspired the Loose Cannon. To point out how revolutionary the Loose Cannon character was of blurring the lines on WCW TV, it pre-dates Scott Hall’s infamous WCW invasion promo as well. The Loose Cannon was dropping pipebombs on TV long before CM Punk as well.

Brian’s legacy carries on today by his son, Brian Pillman Jr. that continues to carry on the legacy. Brian made the most of his time and is truly one of the all-time greats as he blazed the trail for so many talents that followed him.

Brian Pillman was not a saint, but his impact and undeniable influence on the industry is still felt today. Why he isn’t already in the WWE HOF is a true shame, because he certainly deserves it for what he did in the wrestling business.

To learn more about the Loose Cannon, I highly recommend the WWE Loose Cannon documentary, Starrcast II Remembering Brian Pillman, Dark Side of the Ring – Pillman episode and lastly the best resource – “Crazy Like A Fox – The Definitive Chronicle of Brian Pillman 20 Years Later by Liam O’Rourke”.