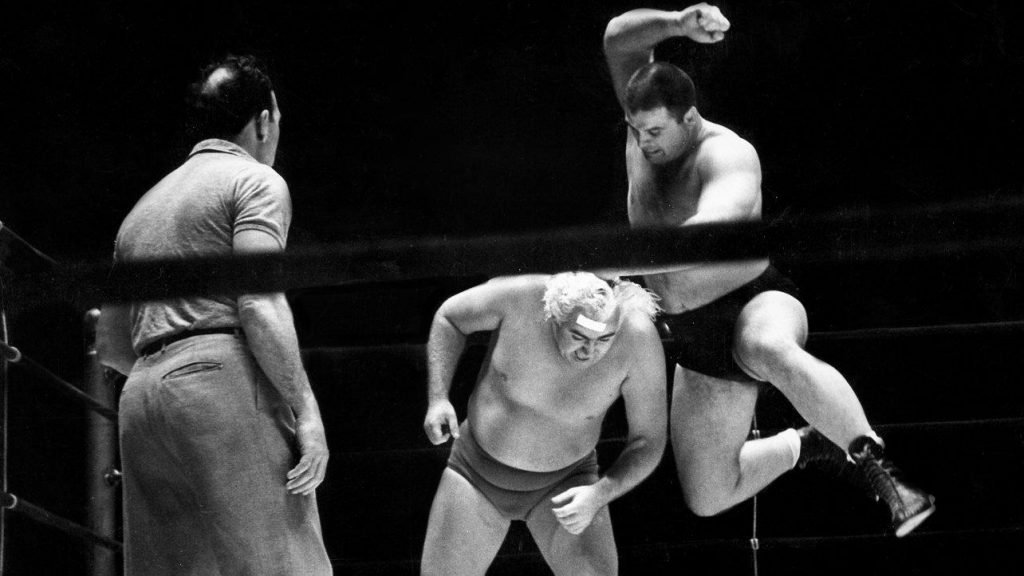 The wrestling industry has been existing for more than a decade yet we still see stereotypes affect careers based on weight, height, and even speaking abilities of the talent.

If companies should take notes on how big guys do not equal star power or success, we are long past the “big sweaty man” matches as wrestling like any other medium should evolve.

There are two main reasons why big guys in wrestling are not what brings the money anymore:

More Interest In Gimmicks And Stories

Fans have given their attention to gimmicks that take storytelling to new levels as it has happened during these last few years with characters such as Bray Wyat’s “The Fiend” despite the poor booking decisions done by WWE leading to his release from the company.

Gimmicks obtaining views is not something new within the industry as we have had characters that changed the landscape of wrestling with people such as The Undertaker, Kane, and Finn Balor’s “The Demon”.

Instead of watching big guys that barely move or have any sort of ability in the ring people rather watch good stories that enhance the overall product.

One of the best stories of the past two years has to be The Elites’ feud against Adam Hangman Page in AEW as it consists of various layers that date back to their New Japan and ROH days. All Elite Wrestling has been getting viewership because they rather have good story building and character development.

WWE has had most of their important storylines happen on SmackDown as Raw gets much less viewership but overall they have lacked consistency in their storytelling and just decided to believe that this was because “only big guys” bring star power to the company but they are wrong.

There is much talk about how “midgets” do not bring enough eyes to the product, this has affected recently NXT as a promotion because the old guys believe that we still live in the early 2000s where every wrestler has to be 6 feet tall but they are simply wrong.

Let’s get out the elephant in the room when it comes to this topic which is Vince McMahon, he has created stars like John Cena and Batista for example but has failed when it comes to putting over recent big guys like Jinder Mahal. The problem is not the size but the booking decisions that can create or destroy the talent involved.

The truth is that the so-called “midgets” have been at the top of the industry for years now, we can look at how Aj Styles is literally being utilized to put over someone like Osmos because of his mic abilities and skills as a whole.

Talents like Daniel Bryan, Samy Zayn, and Kevin Owens don’t match the typical stereotypes of wrestlers but that does not mean they are not good in what they do in fact they are as great at it as they take storylines and make the fans invested in the product.

It is time for wrestling to evolve and stop with the stereotypes of what makes someone good in their craft.