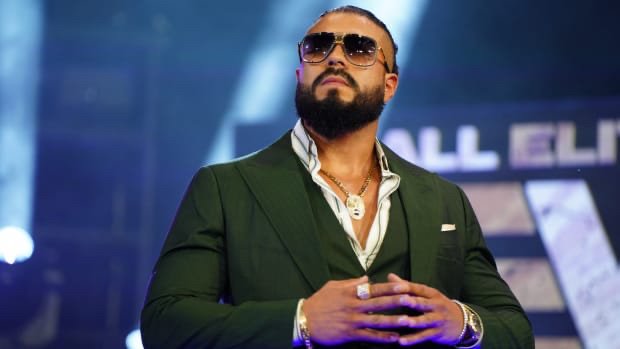 In March of 2021, WWE released Andrade from his contract, allowing him to become a free agent. The release came after nearly a year of not using Andrade to his full potential. It was bitter-sweet as someone with such talent shouldn’t be out of a job. They should be having their talent showcased at its full potential, being allowed to shine. The sweet part of it was that we knew there was an opportunity ahead for Andrade. A company was going to sign Andrade, and then he’ll be able to have his talents showcased. It wouldn’t have mattered which company would pick him up as Andrade is a haul for any promotion.

Andrade immediately returned to his Lucha Libre roots as the face of the Latinos for professional wrestling. Being a free agent allowed Andrade to go wherever he wanted, whenever he wanted. In June of 2021, Andrade would go ahead and make his debut for All Elite Wrestling. Since then, it feels as though Andrade has been on the verge of a breakout. Just this past week, Andrade and PAC had an awesome matchup on Rampage. It feels as though 2022 could be a big year for Andrade El Idolo. He’s had the backing of plenty of pro wrestling legends, even what could be the biggest one in Ric Flair. Although Andrade came up short against Kenny Omega at TripleMania, he had a defining performance and Ric Flair even had a hand in it.

As seen in the image above, Ric Flair and Stone Cold Steve Austin have praised Andrade for his work. They aren’t the only legends to praise Andrade. He’s been praised since being in WWE and rightfully so. Andrade has constantly shown his talent to the highest level, even when given a minimal spotlight. Yet still, till this day he remains to be slept on by pro wrestling fans. Andrade El Idolo is on the verge of a career year. It appears as though big things are on the horizon after splitting with his former manager Chavo Guerrero. Rumor has it that Ric Flair is on his way to manage El Idolo. Having such a legend backing him not just on Twitter, but on TV for his career will do wonders for Andrade. He’s on his way to being a major star in pro wrestling overall, not just limited to a company. I look forward to seeing the breakout that Andrade will have, as he has been massively underrated. There are still people out there that feel as though Andrade is not ready for the spotlight. He gets discredited, and if it isn’t one thing it’s another. Some will blame his microphone skills, while others would blame his character work. If you ask me, Andrade is fine just as is. His character work has been phenomenal since the days of his NXT push. Also, if history has taught us anything, you don’t need to talk to be a huge star. Look at Brock Lesnar.

I look forward to what is to come for Andrade El Idolo. It’s easy for me to see him as AEW World Champion in the next year. Until then I am, and will continue to enjoy the rise of Andrade El Idolo, as should everyone else!