Honestly: Alexander Hammerstone is a Megastar in the Making 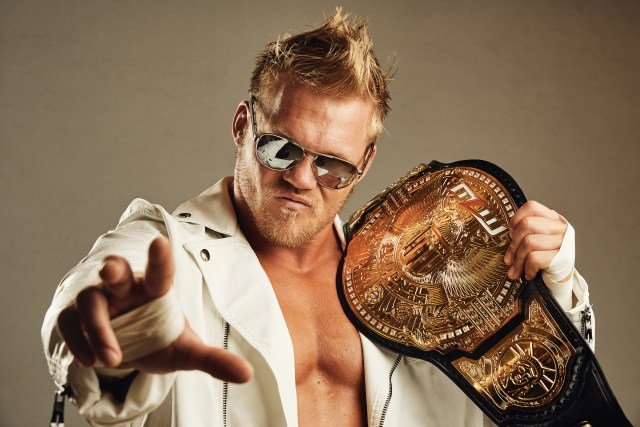 Many people are familiar with wrestling companies outside of WWE like AEW, ROH and Impact wrestling. However, there’s one independent wrestling company that seems to have fallen under the radar. That company is MLW. MLW, or Major League Wrestling, is a company rich with amazing in ring action, fun and exciting characters and gimmicks and a very unique presentation that gives it a feeling of a genuine sporting event. However, while MLW is home to many talented competitors like Jacob Fatu, Tom Lawlor and The Von Erichs, one man in particular caught my eye and has me convinced that he’s destined for greatness. That man is Alexander Hammerstone. While many people may not be too aware of Hammerstone and the skills he possesses, let me explain why I think this.

For those that might not be aware, Alexander Hammerstone is the current reigning and defending MLW National Openweight Champion. Being a champion in a company is impressive enough, but how many people can say that they’re the first and ONLY person to hold a championship? Hammerstone has been champion for 769 days and counting. Excluding restrictions put in place due to the COVID-19 pandemic, Hammerstone has consistently defended the championship against tough challengers like Mil Muertes and Mads Krüegger. He’s also gone to different countries like Japan and Mexico to defend his title, showing that he’s a fighting champion and willing to take on all comers to prove he’s the best and stay the champion. Whether it be for WWE or AEW, this is an absolutely essential quality to have to be the face of a successful brand. A company needs to be represented by a champion with a legitimate drive to be the best and push himself to face all would-be challengers and Hammerstone possesses that quality on every episode of Fusion he defends his championship on.

Another important quality that the face of a wrestling brand needs is presence. Whether it be having naturally dashing good looks or the body of a Greek god, you need something that will make people look at you and go “woah, this guy is a star.” Hammerstone is a guy that fits into both of these categories, more noticeably the latter. Hammerstone is 250 pounds of pure muscle. Watch any episode of Pulp Fusion ( a vlog show MLW aired on YouTube in wake of the pandemic) and you’ll see how dedicated he is to his physique and his overall image. From countless insane workouts to competing in several bodybuilding competitions, Hammerstone’s current physique should be enough to make Vince McMahon salivate at the thought of signing him. There’s a reason this man is called the “meat castle” because this man is an absolutely imposing force.

AN ALL AROUND SOUND WORKER

A common myth in the world of pro wrestling is that guys with massive physiques are considered “meatheads” and are relatively immobile and limited when it comes to in ring work. Alex Hammerstone easily breaks this misconception. Watch any episode of MLW Fusion and you’ll easily see the high level of workrate that he puts into his in ring craft. A man with unbelievable strength and speed for a man his size, Hammerstone consistently puts on highly entertaining matches week in and week out. On top of that, Hammerstone has several signature moves that are both highly unique and showcase his greatest in ring strength, that being his, well, strength. Moves like the Nightmare Pendulum and the Spinal Fury are highly creative moves that look as devastating as they are impressive. To be a man as massive as Hammerstone is and be a great worker is another essential quality that many companies should look for to create the next wave of megastars.

Another common misconception about “meatheads” in the world of pro wrestling is that a great number of them are incapable of showcasing any promo ability or personality beyond being obsessed with working out and flexing their muscles. Hammerstone, once again, breaks this misconception. When Hammerstone first came into MLW, he was relatively quiet, doing all of his talking in the ring. However, once joining Richard Holliday and MJF to form The Dynasty, this is when Hammer’s personality began to absolutely shine through. A genuinely funny person that plays off of the rich and pompous personas of Holliday and MJF perfectly, Hammerstone and The Dynasty are consistently one of my favorite parts of MLW Fusion. Coining catchphrases like the “Hogan ‘91 tan” and “Muscle Mountain” certainly helps as well in showcasing the amount of charisma he has at his disposal.

Even taking humor out of the equation, when Hammerstone has to cut a serious promo, he’s just as engaging. Take for example a promo he cut right before MLW went on their hiatus for several months. In the promo he talks about how Fatu is ducking him, that he’s refusing to face him. He knows that his manager, Josef Samael, is afraid of Hammerstone, he knows that he’s the one to dethrone the Samoan Werewolf. It’s a highly engaging promo that hits all the right beats. The cadence is perfect, it’s soft spoken, but eloquently delivered. His intensity is there but doesn’t overpower the promo. This is the level of promo that Hammerstone is capable of cutting on a consistent basis and this is the level of promo that is perfectly suited  for a future WWE champion.

In conclusion, Alexander Hammerstone is a man that can be described as a modern day total package. He’s a clear physical specimen with very little fat on his body. He’s a dominant champion that takes on all comers and proudly carries himself and the championship he holds with dignity and respect. He’s a solid in ring worker and a highly engaging promo. These are combined attributes that have led to the success of guys like Roman Reigns, like Drew McIntyre. If a company like WWE were willing to take a chance on Hammerstone, they would quickly see that he has all the ability to be the next Roman, to be the next McIntyre. I’ve said my peace. Now WWE, your move.