Honestly: AJ Styles should win the WWE Championship again before he retires. 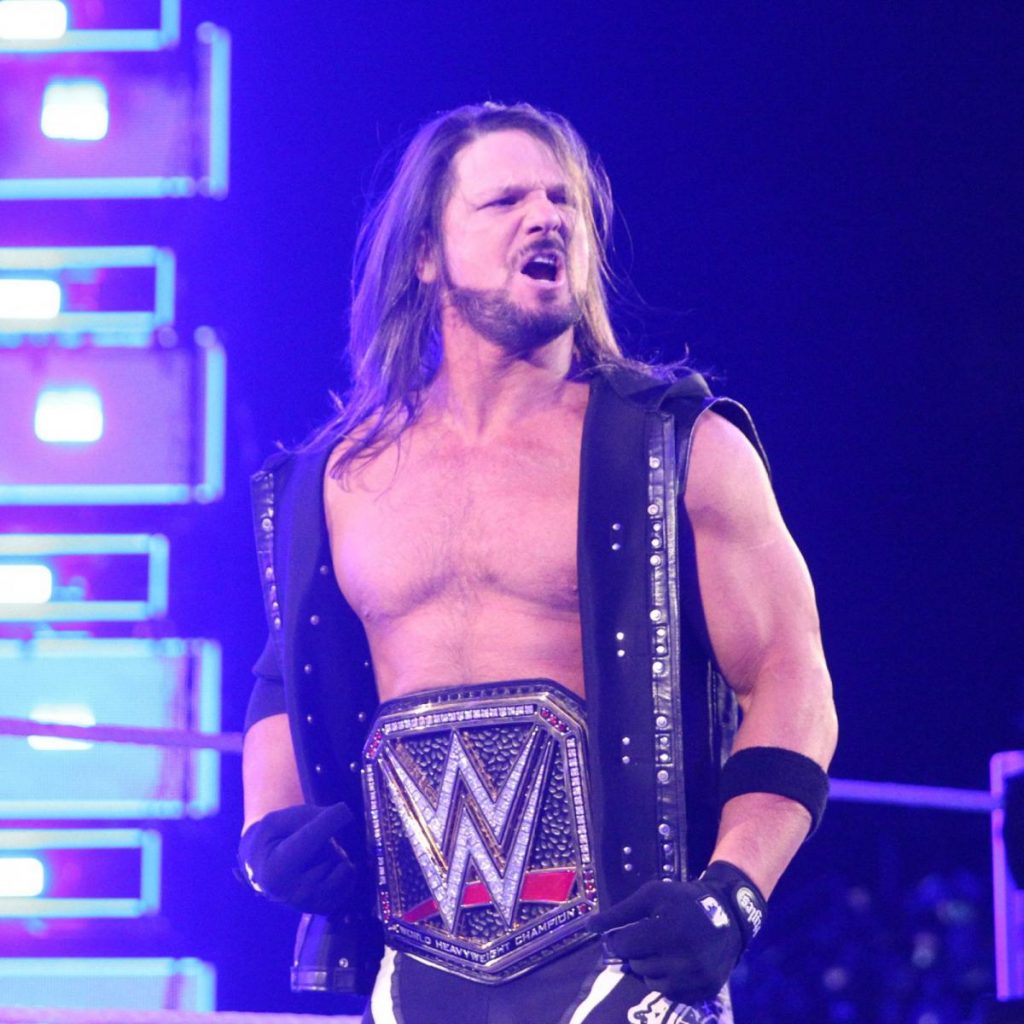 “The Phenomenal One” AJ Styles continues to inch nearer to the end of his career. At 44 years of age, “The Phenomenal One” has shown no signs of physical decline, however. For the better part of the last 12 years, AJ Styles has been recognized world wide, as one of, if not the best professional wrestler in the world. Captivating audiences all over the world, AJ Styles remains one of the world’s premiere talent, even if WWE doesn’t always book him as such.

There is a common belief in the world of professional wrestling, that talent of older age, and with years of experience, shouldn’t be winning championships over those of younger age. Yet time and time again, WWE would book talent like Goldberg, or Brock Lesnar, to win the World Championships. Fan outrage to moments like these are well called for. These guys are well past their prime, and never give the job 100 percent. The result? Terrible matches, and moments.

While AJ Styles falls into the category of “older talent,” Styles work ethic and peak physical condition has not dropped a bit. It’s common sense to assume that with aging, comes physical decline. AJ Styles may not be executing everything in his arsenal from 10 years ago, but Styles continues to perform almost ageless. Better yet, Styles continues to make a butt whooping look very convincing. Especially when receiving it. That combination of being able to make yourself and your opponent look superb, has always been a strong suit for Styles. This asset may be even more valuable today, than ever before.

WWE is in dire need of a resurgence. A resurgence all across the board. The most notable minus about today’s product, is that it struggles to do its purpose. ENTERTAIN. This fact reflects in the viewership ratings of the product. In an era in which more people than usual have been stuck at home for the last year, WWE continues to struggle to draw 2 million viewers on their flagship show, RAW. For the most part, WWE has always been successful with viewership ratings. So much so, that at one point, 2 million viewers would have been viewed as bare minimum. Now they struggle to achieve that.

This is a testament to the power of the stars that WWE choose to “push,” and who they don’t. It’s a fair assessment to say that the stars WWE vision their future around, aren’t making business ‘boom.’ There is no direct answer for what the flaw is with the new talent, but it’s fair to think that they may not entertain as well as other talent.

Enter AJ Styles. When WWE was using AJ Styles as a talent they’d like to push, the reaction for him was overwhelming. I still remember the feeling of Styles vs Cena at SummerSlam. The way the fans were divided 50/50 at the opening bell, but by the closing, were completely on the AJ Styles ‘train,’ speaks volumes. The way every person in the arenas would chant, “the house that AJ Styles built!” speaks volumes. The way Styles was able to go 371 days as WWE Champion, without being turned on, speaks volumes.

WWE is in need of a resurgence badly. With the return of fans on the horizon, WWE should think about stepping on the foots of their current lineup of main event talent, in the name of business. Throwing AJ Styles in the World Title mix, and once again making him a focal point of the product, may be what the company needs. Not only would the WWE Champion be someone the audience loves, and is constantly entertained by, but none of the younger talent will be hurt by taking losses. It’s the Phenomenal AJ Styles we are talking about. He’s going to make his opponents look as good as ever, while also doing the same for himself. WWE wants to better their product? How about making it ‘Phenomenal’ once more?