Honestly: AEW’s Grand Slam Shows Could Be Exactly That For AEW 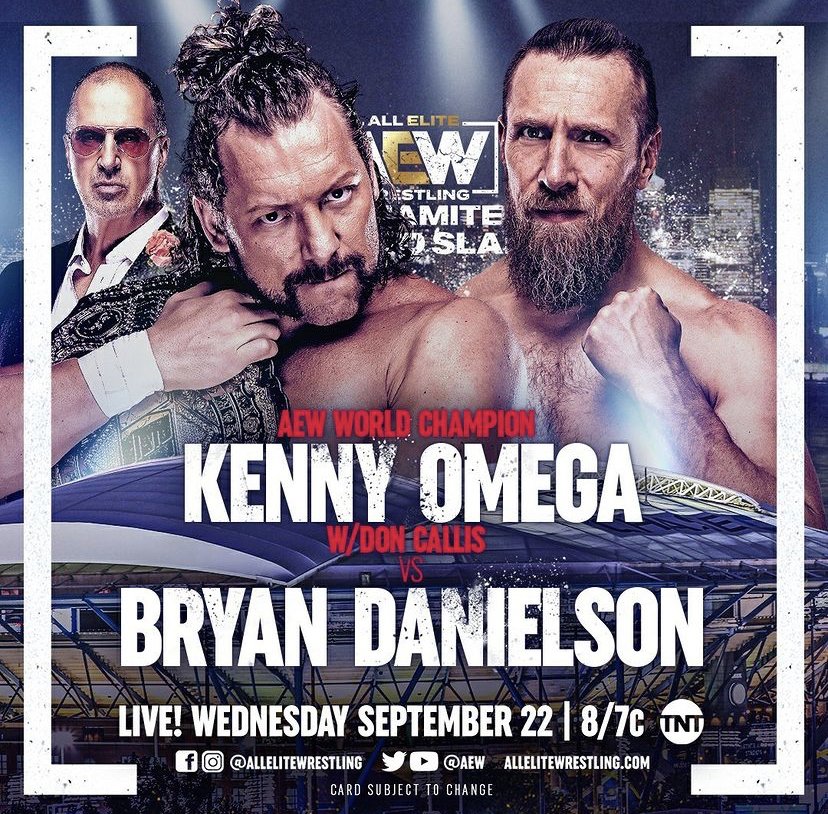 This Wednesday, AEW presents its Grand Slam specials. Dynamite Grand Slam and Rampage Grand Slam are massively stacked and have a PPV feel to them. Kenny Omega against Bryan Danielson headline Dynamite’s Grand Slam, while Adam Cole and The Young Bucks against Jurassic Express and Christian Cage headlines Rampage Grand Slam. If both shows are anything on the level of All Out, having two of these shows in two days will be a “Grand Slam” for AEW.

One of the matches on the card for Dynamite Grand Slam is intensely personal. MJF and Brian Pillman Jr. will square off against one another. This match has been brewing for the last couple of weeks and has gotten to the point where it feels like it can’t get any more personal. Brian Pillman Jr. has been targeted verbally for two weeks by MJF. Not just Pillman but his mother, sister, and even his late father. The attacks have ranged from outright profanity on mama and sister Pillman to insults regarding where the Loose Cannon has gone after passing away. MJF has not failed to include whatever he can to add to the insults he inflicts on Brian Pillman Jr… Wednesday on Dynamite Grand Slam it all comes to a boil when the two stand across from each other.

Speaking of personal, it’s Cody Rhodes against Malakai Black. Malakai Black made his AEW debut by targeting Cody Rhodes. The two ended up having a match in which Malakai was victorious, leading Cody to appear to retire. When Cody was leaving his boots in the ring, Malakai proceeded to attack Cody once again. Since then Malakai Black has laid hands on the entire Nightmare Family. He’s defeated Brock Anderson, Lee Johnson, and Dustin Rhodes. Black has even hit his spinning heel kick on Arn Anderson. On this past episode of Dynamite, Cody Rhodes returned to brawl with Malakai Black and set the tone for next week.

CM Punk’s big week starts on Dynamite Grand Slam and proceeds to Rampage Grand Slam. This Wednesday, Punk will have a word live in front of the AEW audience before his matchup against Will Hobbs at Rampage Grand Slam. Since returning to professional wrestling by appearing in AEW, the fans have been behind him like no other. It’s been a spectacle to see CM Punk and the reaction he gets in every city. This Wednesday in Queens, NY it will be no different.

Just about two weeks ago, during the promotion of the Darby Allin/Shawn Spears matchup, Tully Blanchard called Sting out and challenged him. No one knew exactly what he meant until this past Wednesday night on Dynamite. After Darby Allin defeated Shawn Spears and celebrated with Sting, FTR appeared behind them and attacked. Tully Blanchard was directing the traffic that led to Sting receiving an assisted pile-driver. Now, the matchup is official for Dynamite Grand Slam. FTR against Sting and Darby Allin.

During the spectacle which was All Out 2021, Ruby Soho made her AEW debut. Ruby was the joker participant of the women’s casino battle royal. Securing the win meant securing a future title opportunity against the AEW women’s champion. At Dynamite Grand Slam Ruby Soho will get that title match. It’s Dr. Britt Baker, D.M.D defending the AEW Women’s Championship against Ruby Soho.

To top off AEW’s Dynamite Grand Slam is a dream match of which we could have never anticipated getting. Kenny Omega goes one on one with Bryan Danielson. Likewise to Ruby Soho, Bryan Danielson also debuted at All Out. Since then, Bryan has made it known that his targets were set on Kenny Omega. Danielson is not here for all of The Elite, he’s here for the head of it. It took a few weeks of provoking by Bryan Danielson for Kenny Omega to accept, but the match is finally on. No championship involved, simply who is the better wrestler? It’s Bryan Danielson against Kenny Omega.