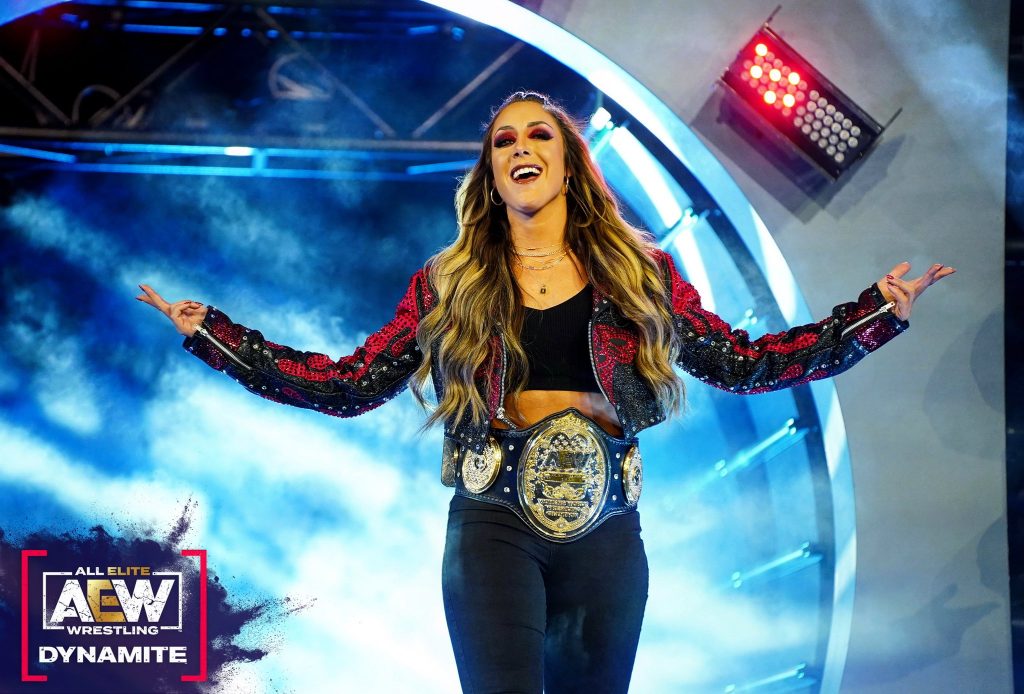 All Elite Wrestling as a company is still quite young since its inception in 2019 yet it has demonstrated that is here to stay. From classics such as Cody vs. Dustin Rhodes to their vast tag-team division that continues to expand each day, there is no denial how much the talent cares and wants to give the best product possible to its audience.

The one thing that AEW has struggled with is their women’s division when it comes to their booking and management, but that doesn’t make it a failure and within this article I will explain two reasons why it has potential.

When observing the women’s division as a whole there is a total of twenty signed talent which include veterans such as Serena Deeb and younger talent like Red Velvet, Tay Conti and the current women’s champion Britt Baker.

Each of these talents have continued to grow throughout the past year despite the circumstances that the world has gone through, they have shown much growth when it comes to their in-ring work and how great they can be on the mic. With most of the talent young there is room for improvement, AEW having shows like Elevation and Dark gives the women’s division a breather because they have a place where they can horn their skills. Veteran talent will be able to contribute to those that are still learning their way through the ropes.

Every women in the roster has something that makes them special as they bring something fresh to the table, this enhances the division and will make each match worth a watch.

The question is whether officials are able of giving the women more time for their matches as some are usually cut short so other programs can get the spotlight instead. By giving more air-time to the women they will be able to become comfortable with themselves every week, this benefits them as it will demonstrate that those in charge truly want their success alongside the other divisions that exist within the company.

Will Do Whatever It Takes:

The women’s division is one that is capable of doing whatever it takes as long as it benefits everyone in the long run. What will be interesting to see is if the fans want to see more of them. The fans are the ones who decide if the division is a success or not as the ratings would demonstrate it through the ratings.

A match that truly changed the stereotypes of the division has to be Thunder Rosa vs. Britt Baker, it was the most brutal women’s match there has been up to date as it went on par with those their male counterparts have gone through. Matches like these demonstrates the extremes the women will go through just to entertain their audience, not every match should be bloody nor violent but it should be applauded how outside the box thinking led to such an amazing match.

It will be interesting to see where AEW takes their women’s division going forward especially with Britt Baker as their new champion, their roster continues to push the boundaries each week and it is great to see the growth of many.

Only time will tell if the division becomes amazing but as of now there is much potential to what it can become someday in the future.