Honestly: AEW Rampage Grand Slam Was A Single or Double At Best 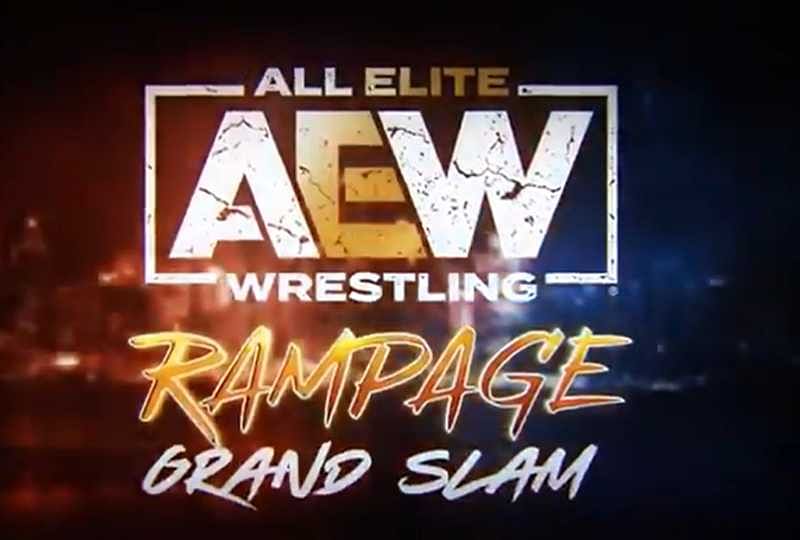 As I stated in my article for AEW Dynamite Grand Slam, AEW had such momentum going into these 2 shows in NYC, from the amazing All Out PPV and the massive signings of CM Punk, Adam Cole and Bryan Danielson and starting the week by making a deal with the Owen Hart Foundation. The hype was justifiably there but as I stated for Dynamite that AEW had the talent and match cards to hit a literally Grand Slam with these shows and unfortunately I don’t think they did. Dynamite was a double or triple at best as I detailed why in my article but Rampage instead of doing a comeback failed to deliver anything more than maybe a single or double. I want to make it clear these weren’t bad shows but they certainly did not deliver the way they should have. The most frustrating part of Rampage was a persistent problem that has plagued  AEW from the beginning that storytelling, ring psychology, and believable consistency leaves the building at times.

This match was hyped as CM Punk’s first TV match in over 7 years and win or lose the purpose of this match was to give the rookie Hobbs the rub by being in the ring with a legend. This match did everything that it needed to, Punk made Hobbs look strong. Honestly, it was the only match of the night that had consistency and logic. The only complaint that I would have is the finish, I was fine with Hobbs missing Punk and hitting Hook but Punk going straight into the GTS lacked some believability because Hobbs is a literally powerhouse and didn’t even put up a struggle getting hoisted up. What I think should have happened was Hobbs knocks Hook off the apron and turns around to a kick to the head by Punk which dazes Hobbs for Punk to hoist him up for the GTS. To me that would have been a more believable finish. As a whole this was an enjoyable match and a good way to start the show.

To be honest, I was surprised that this wasn’t higher up the card as this was arguably the biggest match on the card. This was a complete spot show match that lacked any and all ring psychology and believability and would be the first of two multi-man matches that threw the rulebook out of the window and a large reason for this match’s train wreck was it was refed by arguably the worst referee in the business, the Bucks personal ref, Rick Knox. I get wrestler’s prefer certain refs over others but literally he is the ref for 99% of the matches involving the Bucks. He doesn’t enforce any rules and is literally just there to count a 3 count. People were going in and out of this match without tags and was a complete mess. It wasn’t all bad because Jungle Boy and Luchasaurus looked amazing in this match. Luchasaurus looked like a absolute beast hitting massive chokeslams including a combo where he chokeslammed Cole onto Matt Jackson. This was a fast paced match that was entertaining but between the horrible refereeing and the commentary which was brutally bad all night especially in this match because it was too many voices, this match could have been so much better. If you want the match to have 6 men in the ring at once then make it tornado rules because at least it would make sense. It was just laughable when Knox acknowledged a tag took place when the whole match he was letting them just do whatever the hell they wanted. It goes without saying that Rick Knox only has a job in AEW because of the Bucks and he is horrible at keeping any law and order in a match.

Tag Team – Men of the Year vs Jericho & Hager

This match was traditional tag match that was entertaining and was designed to showcase the Men of the Year. Ethan Page is someone that I have been a big fan of since I first saw him in Evolve as he was clearly a future star. Scorpio Sky was a future star the first time I saw him compete in Wrestle Circus. Jericho is a legend and Hager is someone that quite frankly is the least interesting of the talents in this match. Hager is someone that is an overachiever in the business and despite multiple companies pushing him has never really been a star. Anyway the MOY really shined in this match. The commentary was again horrible in this match, at one point Taz said he took Jericho’s lionsault years ago and Ricky Starks goes I never have…how is that quality color commentary? As a whole this was a nice little tag match but the post match beat down by a group of MMA fighters that no one outside an MMA fan would know who they are, the announce team needed to do a better job at conveying who the hell these people were and just saying their name as if they are household names to everyone really didn’t work here in my opinion.

Let me start by saying I don’t know what was going on with the camera work during the Lucha Bros. entrance was absolutely horrible. Just like the earlier 6-man tag match this was a complete spotfest match but unlike the 6-man this was a complete train wreck with ZERO redeeming qualities. Just like Rick Knox, this referee, Bryce Remsburg just let the talent do whatever the hell they wanted. Again, if you are going to have a tag match that literally you are just going to let talent jump in and out of the match whenever the hell they want then why not make this a tornado tag team match? The worst moment of the match from a logic standpoint is Matt Hardy was trying to cut Ortiz’s hair and the ref sees none of this or just ignores it and Orange Cassidy comes out “to stop it” but Matt sends Jack Evans to stop him and Cassidy hits a superman punch to Evans and then just walks out. He doesn’t go stop Matt from cutting the hair and it didn’t appear anyone else stopped Matt from doing the deed he just stopped on his own? Thankfully this was a quick match but was a complete mess in my opinion.

This match was meh and really did nothing for either woman, again another clueless referee completely misses a blatant cheating as the Bunny hops on the apron and right in front of the ref tosses brass knuckles to Ford who uses them and wins the match. The post match again sees Orange Cassidy this time with the Dark Order run off Matt Hardy’s faction and the announcers are like does this mean the Dark Order is back together? And apparently they aren’t so why did they all come out together then? Very strange booking in my opinion.

This match was exactly what it needed to be which was an absolute brawl and was a good match to end the show on in my opinion. Archer beating up the ring crew just to setup a spot so he could do a chokeslam on Moxley on top of them to break his fall could have been seen a mile away. It’s a spot like the dives on a bunch of people that we have seen too much of in wrestling that it has lost its uniqueness and wow factor. Then when Archer is literally choking Moxley they say we have to go to commercial but they don’t do picture and picture during the main event but they did it during the MOY vs Jericho & Hager match? I have previously written that for big main events on big shows try to work it out with the network to carry the match commercial free but if any match on the card that should have had at least picture and picture it was this one. The big surprise was Homicide making a surprising debut, I guess he didn’t have a contract with ROH where he was a part of the stable Violence Unlimited. He comes in to save Moxley by cutting the tape on his hands and then a really dumb spot happens where Moxley wants to trick Suzuki by pretending his hands are still tied and willingly takes a chair shot to the stomach…WHY? Just kick him and DDT him, don’t take the chair shot because it is not believable.

Just like Dynamite, this match failed to live up to the hype but was the worst of the two shows. The first match and the last match where the only decent matches on this show and seeing Jungle Boy and Luchasaurus get properly highlighted weren’t enough to elevate this show from anything better than a single or double at best in my opinion.