Honestly: AEW Moving To TBS Is A Good Move 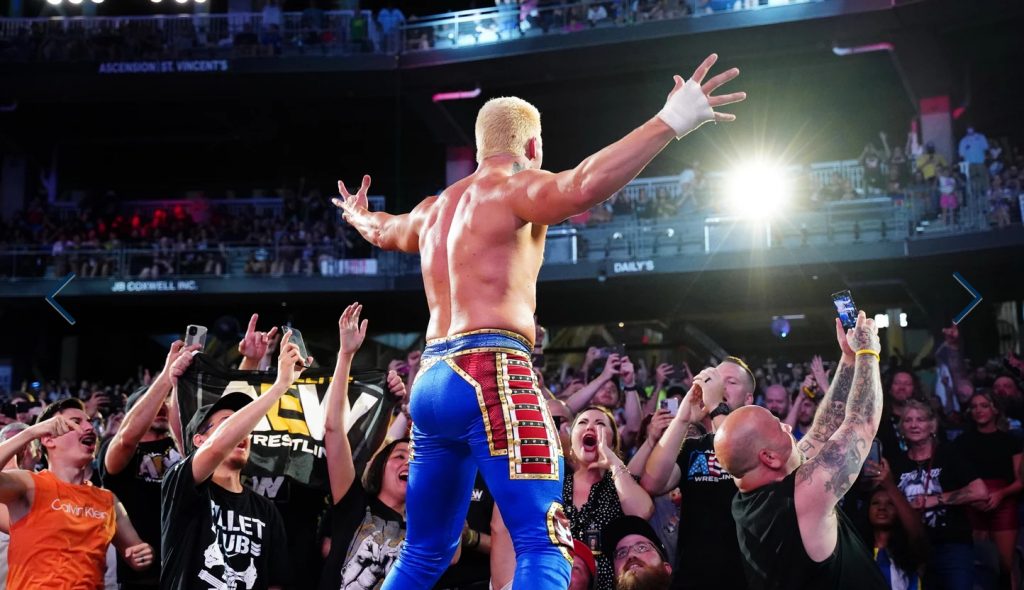 All Elite Wrestling recently announced that their weekly show “Dynamite” will be moving from TNT to TBS in 2022, this news made fans either excited or worried about the show’s future as many believe TNT is their rightful home since its inception two years ago.

AEW’s move to TBS Is good for two main reasons and within this article, I want to explain why this is the best decision for a growing company like All Elite Wrestling.

AEW’s schedule has had problems due to the NBA playoffs as they’ve had to change the usual Wednesday time slots to other days of the week. TNT recently announced a deal they made with the NHL where games will be shown on Wednesday nights as well which could have affected AEW’s schedule as well if they’d stayed in TNT.

The constant schedule changes have also taken a toll on Dynamite’s viewership so its move to TBS in 2022 will be a welcomed one.

With AEW moving to TBS there will be nothing affecting the schedule whatsoever. The fact that no other sports programs will affect Dynamite’s day of airing means that we as the audience won’t have to struggle with any more schedule changes done by the network.

Like any other company, All Elite Wrestling is always looking for ways to expand its brand. With their new show “Rampage” coming sometime in the fall AEW will be able to have not one but two weekly shows within TBS and TNT (without counting Elevation and Dark on youtube) which will expand the fanbase throughout both networks.

The expansion of the brand will also benefit the growing roster of talent that AEW has been obtaining since not everyone gets the opportunity to appear on weekly dynamite episodes, this will give time for younger talent to horn their skills and become better athletes overall.

If there is something that Tony Khan and his team understand is the business side of the company, they have been patient when making crucial moves that could have cost much in the expansion of the brand. The idea of AEW expanding themselves should excite the fanbase rather than worry as everything has been strategized with the main objective being growth.

Only time will tell whether AEW Dynamite will truly succeed or just fall flat on its face once it moves to TBS, what can be said is that as wrestling fans we should be excited for what will come as it might be gone when we least expect it.