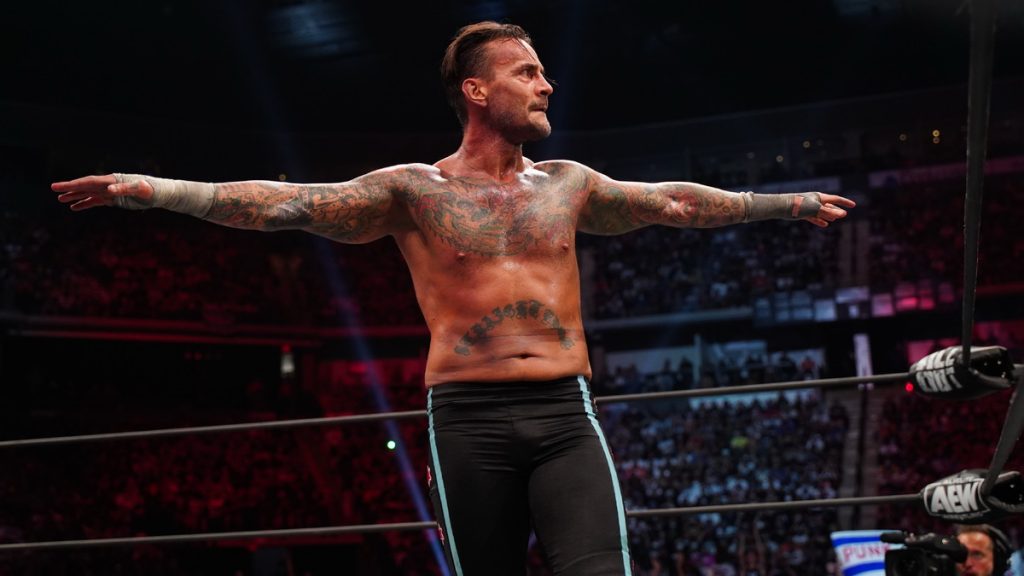 CM Punk has been having an interesting run as of now with All Elite Wrestling especially after being absent from the wrestling world for seven years.

Unlike Brian Danielson where he has quickly been booked to face the likes of Kenny Omega and Minoru Suzuki, Punk is being booked completely different from how many thought he’d be booked.

In reality, we as fans expected CM Punk to quickly feud with Kenny Omega or have huge programs with people such as MJF but as we are seeing that is not the case because AEW has decided to do long-term storytelling.

The story that AEW has decided to tell is the smartest and most obvious: The story of a former retired wrestler who is looking to get back into his prime once again despite the sacrifices he must make.

It is understandable that not everyone wants to see this version of CM Punk but we should remember that he himself is slowly getting back into his best version throughout every match.

Punk himself has stated that he eventually wants to have bigger matches but he doesn’t want everything to happen fast as he just wants to enjoy the most of his current run.

Matches against the likes of Daniel Garcia are improving Punk’s stamina and he has continued to get better in every match which is exactly what he needs as he needs time to horn his skills in order to become the CM Punk we once remembered.

My hope for Punk’s run in AEW is that we get to see different sides of him, it makes sense for him to simply be having a run as a face yet a side of me makes me want to see the version of CM Punk that will do whatever it takes to make it to the top.

AEW is also booking Punk smartly because they leave fans to want more, this is a good strategy as we will always see something new from every match CM Punk has during Rampage and Dynamite.

When Punk wrestled Darby Allin we saw that he needed time to get comfortable with himself and during his match against Matt Sydal things went smooth despite having to deal with a certain lack of stamina.

Things will continue to be interesting as it involves who is considered the best in the world, therefore we should just sit back and enjoy the show.