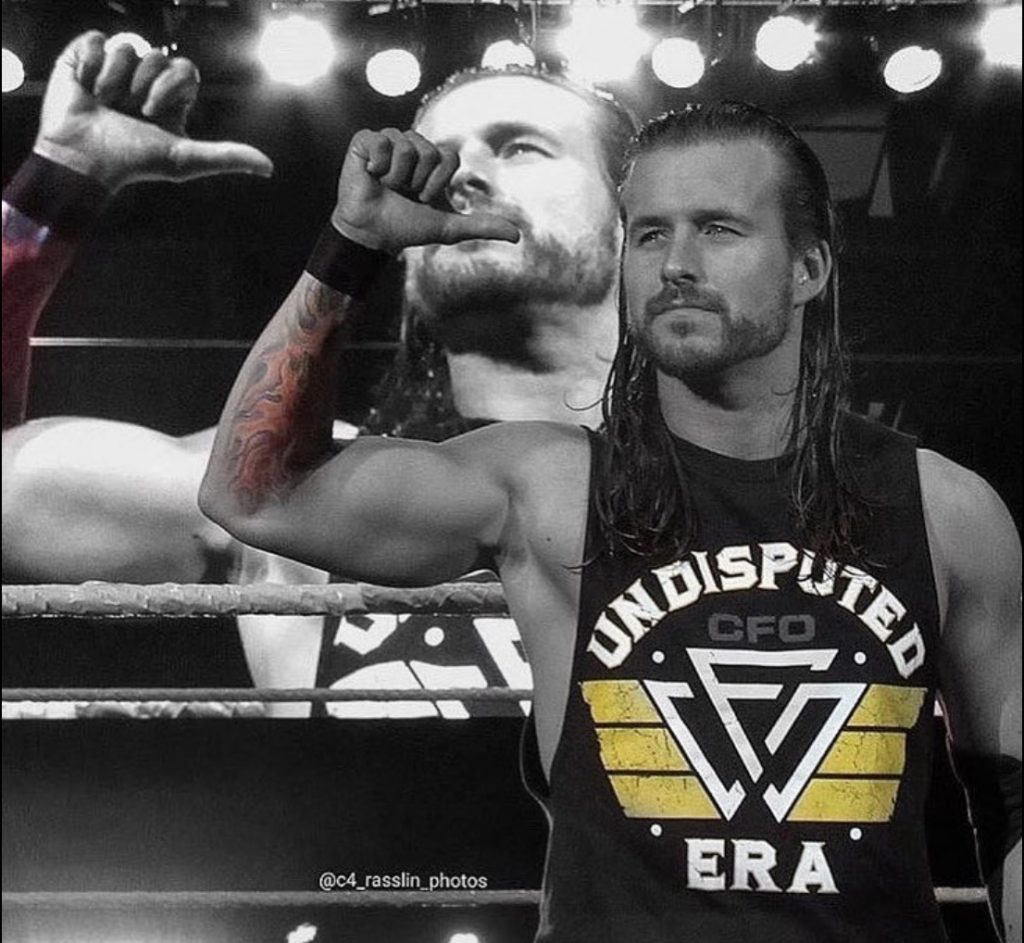 As the wrestling world awaits the winner of Adam Cole bidding war, I wanted to take a small look back on the absolutely amazing career that Adam has had already at only the age of 32 he has already achieved so much and this is likely only the beginning no matter where he winds up. I’m really not going to get too much into the bidding war, there have been conflicting reports of WWE making offers that he rejected to WWE made no offers at all yet and the latest that AEW made an offer. It is no surprise that AEW would make an offer to Adam Cole as he is a promotion every promotion would kill to have on their roster. Many think Adam will go to AEW because his girlfriend, Britt Baker, is there and his friends the Young Bucks are as well but I don’t think it is a done deal. Adam has a very good and close relationship with Triple H and his boyhood idol, HBK and has been very happy in NXT. The concern has always been his size and the fear that Vince wouldn’t want him but apparently he met with Vince yesterday at the SD taping and one report says Vince really took a liking to Adam on a personal level and it is reported that he wants him on Raw or SD. Where do I think Adam ends up? Personally, if the reports are true that the meeting went well and he hit it off with Vince and based on how glowing Adam speaks about his time in the company and his close ties to Hunter and Shawn and the final piece being his dream of competing at a Wrestlemania and being WWE Champion, I think he stays with WWE.

Adam’s love of the business started at a very young age but because of the mature nature of the product, his parents didn’t want him watching it but once he saw it, he was hooked. In a ESPN interview, Adam talks about the moment that made him want to actually become a wrestler:

“Fast-forward to a point in my life where I was taking karate lessons as a kid; I really enjoyed that, and I used to get there early and stay there late — I just loved it,” Cole said. “I got there early one day, and my instructor was watching a taped Monday Night Raw from the night before.

“I was watching it while he was checking it out, and he asked, ‘Oh, do you watch wrestling?’ and I said, ‘Yeah, all the time,'” Cole continued. “But I’d never watched it before. I just wanted to fit in with him. Long story short, he lets me borrow WrestleMania 15, and I saw Stone Cold Steve Austin and The Rock for the first time. I remember just thinking, ‘These guys are the coolest guys I’ve ever seen in my life.'”

When he watched that no-disqualification main event between The Rock and Austin, there was a moment when Cole was instantly hooked — a moment that gave him goosebumps and changed his life. When the iconic glass crashing of Austin’s entrance hit, Cole knew exactly what he wanted to do with his life.”

Adam began his wrestling training at the CZW Wrestling Academy in 2007 while he was still a high school senior. CZW trainer, DJ Hyde, saw something special in Adam even at such an early age and Adam’s passion and desire to live his dream no matter what even a disapproving alcoholic father. In an interview, Adam details that his father was adamantly opposed to him pursuing his dream and discouraged him that he wasn’t good enough and that negativity just motivated Adam more:

“He was always against wrestling, very much so. He thought it was a giant waste of time. There was no chance I was ever gonna make it…..he used to be like, ‘You need to be realistic. I think it’s absurd that you’re not gonna pick some kind of college to go to.'”

Even in the face of his father’s doubts, Cole was adamant, unwavering, and utterly convinced that he would become a professional wrestler. He admits to going through life always looking for his father’s approval, but that only made him work even harder.”

Adam would not be wrestling exclusively for CZW either during this time, as he would appear throughout the independent world including Dragon Gate, Evolve and ROH.

In ROH, he would soon be paired with a man that would become his best friend and greatest rival of his career. Adam Cole and Kyle O’Riley would become a team known as Future Shock. You know that is some Simpsons level future telling that they would be in a group together years later whose tagline was “Shock the System”. The team would run from 2009-2012 with moderate success but no championship gold and would disband. There was storyline animosity there leading to a Hybrid Rules match at Best in the World 2012, and it was an absolutely brutal match and showed that these guys had tremendous chemistry together and an accidentally kick to the face to Cole knocked out some of his teeth causing Adam to bleed horribly as can be seen in the image below.