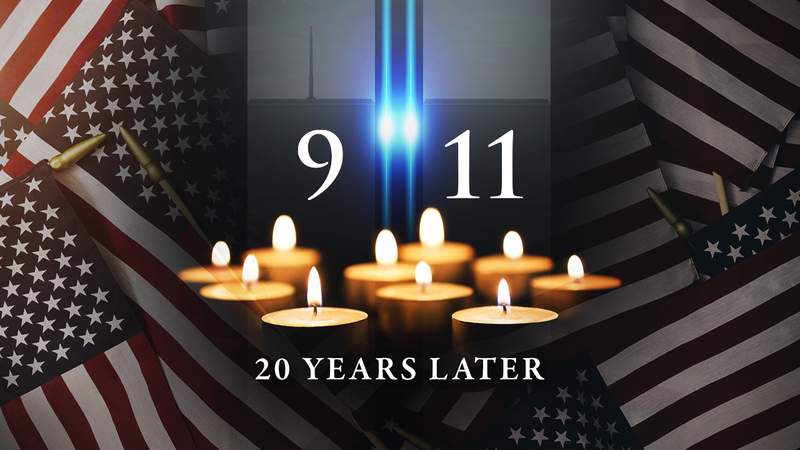 I debated whether or not to write this piece, not because I couldn’t or didn’t want to write about the most tragic day in American history but I wanted to do it justice and pay proper respects to all of those that were affected by what happened that day. I remember as a kid grandparents and great uncles talking about remembering where they were and exact details on when they heard that Japan had bombed Pearl Harbor on December 7, 1941, and it wasn’t that I didn’t believe them but you never truly understand until you live through one of those inflection points. I remember exactly where I was when I heard that America was attacked, I was in High School in my History class. The teacher told us what had happened and we were stunned as we watched the images appear on the tv screen. At this point the towers had already fallen and we were watching the footage play over and over again. Now for the younger readers, you may be wondering how is it possible that none of us knew about the attacks before our teacher told us? Well it was pre-social media so there was no twitter or Facebook, there were no iphones or android phones with news apps that would send us alerts and text messaging was not what it is today. See there is America pre-Pearl Harbor and post-Pearl Harbor and for anyone that lived through 9/11, you know that everything that happened after the terrorist attacks on 9/11 changed our world entirely not just in America but around the world. We have been living in a Post 9/11 world and as the world battles a global pandemic in COVID-19, we need to remember the unity that existed in the days and weeks after the attacks as that unity is needed today as the world continues to battle a pandemic.

The goal of these terrorists was to destroy America and everything that it represents and I remember someone saying we saw the face of evil that day and it is true but we also saw the spirit and heart of America and its Allies come together and rally around to help those in need. Political and philosophical differences were put aside as everyone from first responders to ordinary citizens did whatever they could to help those in need.

The sports world like everything else immediately hit the breaks and canceled everything. The attacks took place on a Tuesday, which was the day WWF Smackdown was scheduled to be taped. The WWF was in Houston that night and the arena said we can’t hold a show here tonight and quite frankly I don’t think anyone in the WWF was really up to holding a show that night anyway and the fans likely wouldn’t have shown up if they would have held it. The WWF began floating the idea of holding the show live on September 13th. All talent was told they were welcome to stay for the show or go home if they would prefer. The show would be a tribute show to America and for everyone impacted by 9/11. Every tribute show that I have seen whether it was for Owen Hart or Eddie Guerrero that the WWF/E have put on and AEW’s Brodie Lee tribute show, they were all tastefully done and some of the best shows the companies have ever produced. The TV network and arena in Houston were onboard for holding the show that night.

The WWF would become the first large gathering for a sports or entertainment event since the attacks just a few days prior. In the scope of pro-wrestling they were the only televised wrestling company as a little less than 6 months ago they bought WCW and ECW had filed for bankruptcy and this was before the launches of TNA or ROH. The show opened with Vince McMahon coming to the ring to huge USA chants, Vince was not in character playing the Mr. McMahon character, he delivered a patriotic promo stating that the terrorist will not win. That what they had done was wound this country but nothing they could do would destroy us. The full promo can be seen here:

After Vince delivered his promo from the heart, he turned things over to Lillian Garcia, who for the first time on WWF Smackdown would sing the national anthem live on air. Lillian delivered the performance of her life and is probably the defining moment of her wrestling career. As can be seen here:

The rest of the show was designed to provide entertainment and a break from thinking about the tragedy and wrestlers gave their thoughts in video packages. It was not a show to further storylines and the focus was strictly to entertain. Nothing that WWF or anyone else could do could heal the wounds that happened on 9/11 especially to those that suffered a loss that day but their goal was to provide some entertainment if they could that night and became a symbol to the world that America will not live in fear as that arena was packed. As global as the WWF was even back then, although anyone could enjoy it, that show was 100% done for Americans. For only the live audience when SD ended they were treated to a Austin vs Rock match. WWF/E’s home will always truly be the Northeast its original territory and more specifically MSG in New York. The WWF would hold a show in MSG about a month later and further paid tribute to the heroes and people of New York.

The WWE released a documentary about 9/11 that is excellent and can be seen here:

For myself and on behalf of everyone here at the Wrestling Republic, our thoughts and prayers are still with all those that were impacted by the events that transpired 20 years ago.