Honestly: 2021 Is The Best Year To Be A Wrestling Fan 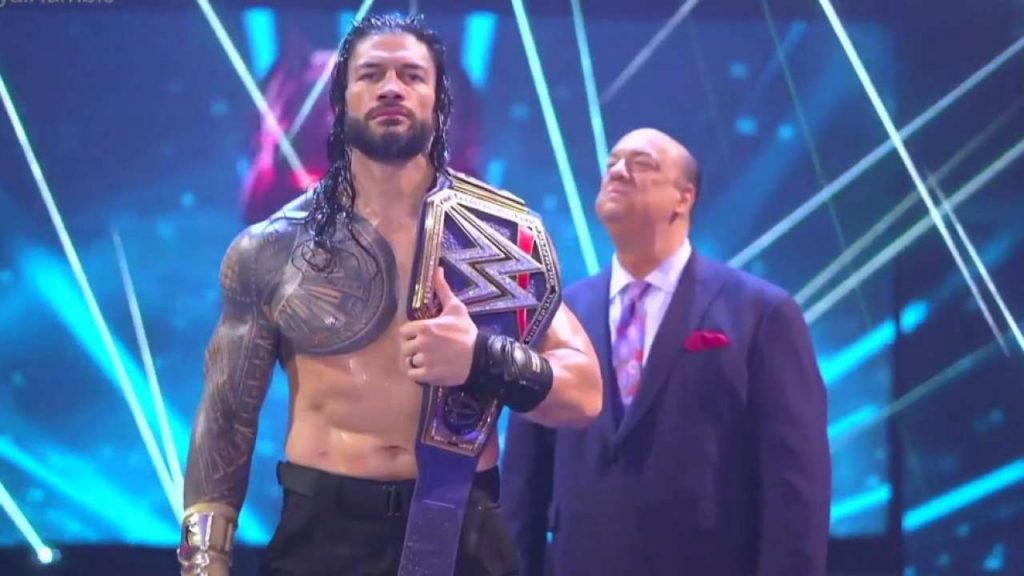 Throughout the past year and a half wrestling fans have been absent from wrestling events. While yes WWE had the virtual fans in the ThunderDome, and AEW had shows running at 10-15% capacity, it just wasn’t the same. Big matches and storylines were changed, wrestlers went on hiatuses, and Otis won Money in the Bank. But that’s in the past, let’s look at the present.

When WWE held WrestleMania 37 earlier this year, they also officially welcomed back fans. Even though they were not at full capacity, they were loud and excited. WWE really stepped up their game with Mania this year. We got almost a near perfect show with a near perfect crowd. Then six days ago, during Money in the Bank weekend, WWE officially welcomed back fans at 100% full capacity. The Smackdown before MITB, Money in the Bank itself, and even Raw after MITB, were all awesome. WWE went all out for all three shows. With a huge stage, big entrances, and another darn near perfect PPV. Hell, we haven’t even gotten to SummerSlam yet and that already looks awesome. Let’s hope they can keep this ball rolling for the main roster and shows continue to get better and better as time goes on.

Now before we move on to anywhere else in wrestling, I feel like its important if we talk about NXT. NXT, to me, is all about the fans. And when the pandemic first hit, NXT fell off hard. Like Raw/Smackdown did for a while NXT had developmentally talent in their crowd for quite some time once the pandemic started. After some time though, they actually started having a little bit of fans in attendance for the shows. This felt the show feel more alive and better and then we got Takeover: Stand and Deliver. Takeover was during WrestleMania week of course, and they actually sold out the Capitol Wrestling Center for it. What a show it was, from Bronson Reed winning the gauntlet match on day one, to Kyle O’Reilly and Adam Cole destroying each other on day two, this crowd was awesome and this Takeover was awesome. Over time NXT has welcomed more fans back, and have putting on more and more great shows week and week out. Now let’s take a look at the AEW side of things.

Like NXT, the pandemic hit All Elite Wrestling pretty hard. Literally 2-3 weeks before the country shut down, AEW had arguably one of their best shows yet with Revolution 2020. With Jon Moxley coming hot off a World Title win and Blood and Guts on the horizon, AEW looked like they were about to take the wrestling world by storm. Then sure enough, on the March 18, 2020 episode of Dynamite we got the first AEW show, with absolutely no fans. This was unfortunate too, as both Matt Hardy and Brodie Lee debuted night. The pandemic caused AEW to stay at Daily’s Place until July 7, 2021 where they went back on the road, with Road Rager. Now of course AEW has been welcoming back fans ever so slowly over the past couple of months, with Double or Nothing 2021 being held at full capacity with another loud and wild crowd. AEW has been putting on good shows week in and week out, and I really think that if they can keep this momentum going until the end of the year, WWE will need to watch out.

Now of course WWE and AEW aren’t the only companies who will thrive in 2021, as Impact Wrestling has been getting better and better. They have had good PPV events this year with the likes of Hard to Kill and Slammiversary. Plus their partnership with AEW and New Japan have definitely helped them come back this year, and their roster is full of great wrestlers. Deonna Purrazzo, Chris Bey, and Trey Miguel are just three names to keep an eye on this year, as I feel like great things are in their future. Once NJPW starts touring again, wrestling will only continue to get better, with their presence already being felt in All Elite Wrestling and Impact.

Overall 2021 looks really good for wrestling. From WWE to AEW to even Impact, we are in for an amazing year. But what about you? Do you think 2021 will continue to get better? Or will it all go down hill from here? Let us know your thoughts in the comments below.