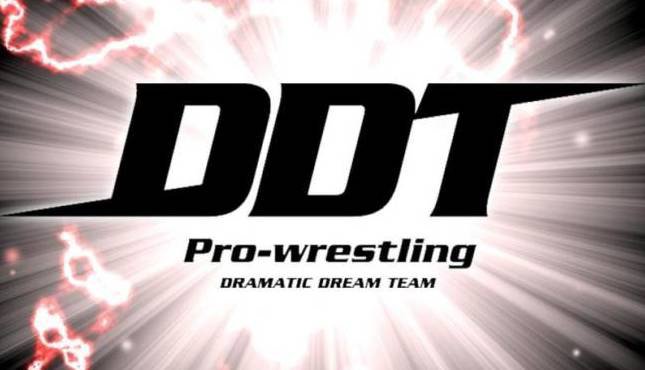 In 2010, at Japan’s DDT Pro-Wrestling, Daisuke Sekimoto and Masa Takanashi engaged in an absolute classic of “David vs Goliath.” Daisuke Sekimoto was on a monstrous run, ridding of what seemed to be the entire DDT roster. After defeating Shuji Ishikawa, Sekimoto had a hostage-like grip on the KO-D Openweight Championship. It seemed as though there was no one left to step up to Sekimoto, until an ultimate underdog in Masa Takanashi stepped up to the plate. Masa Takanashi would win a Battle Royal to grant the right to challenge anytime, and anywhere, for the KO-D title.

In one corner was Masa Takanashi.. an underdog, small in stature, but huge in heart. Takanashi is a well versed technician. In the other corner you have Daisuke Sekimoto.. huge in stature, and would cripple you. As the bell rings and the match gets to going, the small, skilled, technician, Takanashi is able to evade the monstrous Sekimoto. Takanashi would go on to do what any of us would, and target the legs of the massive Sekimoto. Keep in mind, HE IS MASSIVE. The dropkicks, and submissions, targeting Sekimoto’s knees are having little to no effect. Daisuke Sekimoto is now swatting Masa Takanashi like a fly. After several minutes of these back and fourth tactics, Masa Takanashi starts to become effective targeting Sekimoto’s legs. Sekimoto is now unable to brush Takanashi’s attacks away. After an extended ambush to Sekimoto’s leg/knees, it’s back to square one. Both men on their feet going back and fourth with strikes. The monstrous Sekimoto rattles the puny Takanashi with every elbow and Lariat. In typical small guy, underdog fashion, Takanashi continues to get up with more fire and life every time. To no avail as Sekimoto is just too big, and powerful to stop. In the closing moments of the matchup, Masa Takanashi appeared to be going for his signature “Yoshi Tonic” sunset flip variation off the top rope. Daisuke Sekimoto would reverse into his own signature “Gin & Tonic.” After devastating Masa Takanashi from the top rope, Sekimoto would finish him with a deadlift German Suplex.

In this battle, Goliath was victorious. David gave his heart to the cause though. It just wasn’t enough for the fight of the monster. This was an absolute classic big man vs little man matchup. The fact that there are little to no images of this match on Google, is a testament to how much of a “hidden gem” it is. The selling from both men, Takanashi selling the size difference, and how each blow nearly decimates him; Sekimoto’s selling, facial expressions of how this was no challenge to him, made for a fantastic battle. Both men told the story through their facial expressions, and their selling. This match was one of the better matches with little to no credit.