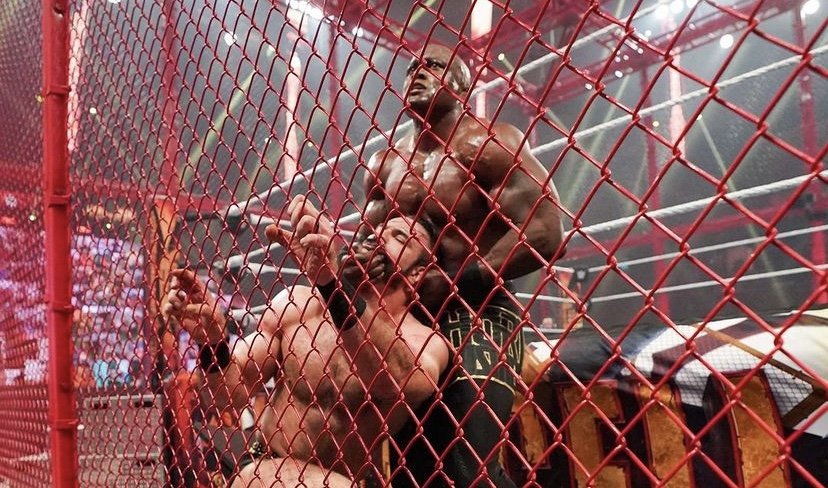 Despite the previous Hell In A Cell show being just 8 months ago, tonight the WWE superstars returned to Hell in what would be the last PPV in the WWE Thunderdome. On paper the card was stacked from top to bottom, however questionable booking leading into the show undoubtedly turned some eyes away. But did the PPV reach the expectations? Let’s find out!

GREAT: The show opened with Bianca Belair defending her SmackDown women’s championship inside of Hell In A Cell, against the former champion with the longest SD women’s title reign of all time, Bayley. The two once again showed they have fantastic chemistry together, putting on a brilliant opener. The story throughout the match was based around the fact Bayley has had previous experience inside of the Cell, whereas this was Bianca’s first outing. The commentary team, especially Pat McAfee, did a really good of explaining this narrative. The match, as always with a Belair match, focussed on the hair, however due to the no disqualification stipulation, the hair could now be legally used against Bianca. Bayley tied Bianca, using her hair, to a range of different objects, including the ropes, a chair and the cage itself. In the end though, even though Bayley used her experience and heelish tactics, it was not enough to end the reign of the E.S.T.

GOOD: In-between matches, the camera cuts to Alexa Bliss who is backstage on her swing. Bliss states that Shayna Baszler should expect the unexpected tonight.

GREAT: Following this, Seth Rollins finally had his WrestleMania rematch against fan favourite Cesaro. Despite the match not topping their highly praised Mania classic, the two once again put on a brilliant match, with Rollins getting a win back with a roll through pin.

EMBARRASSING: Alexa Bliss then finally took on Shayna Bazsler in a one on one match. I’m not even going to rate this as a match, as that would be embarrassing to the word ‘match’. The actual wrestling side of this match was fine, but Alexa Bliss taking control of Nia Jax and possessing her was beyond embarrassing. I can’t imagine the reaction there would have been if fans were in attendance…

GREAT: Long time rivals, Sami Zayn and Kevin Owens then faced each other once again in one on one action. Yet again their match was based around the idea of a conspiracy against Sami Zayn, however this time Zayn had the advantage as Kevin Owens was still hurt from the attack by Commander Azeez last week on SmackDown. This definitely wasn’t one of the best matches between the two, but it was good as always.

GOOD: Up next Rhea Ripley defended her SmackDown Women’s Championship against Charlotte Flair. For what it was, this match was great. The two once again showed they have good in ring chemistry together. I’m not usually a fan of DQ endings on a PPV, but I’m alright with this for two reasons. Firstly, the fact Rhea did it because it’s what Charlotte would have done is actually smart booking for once. Secondly, after their Mania 36 match had to take place in front of an attendance of 0, the two really do deserve to face each other in front of a capacity crowd at Money In The Bank.

RESULT: Rhea Ripley loses via DQ but retains her title

MUST WATCH: In the main event Bobby Lashley and Drew McIntyre collided for the WWE Championship, and if Drew lost, it would be his final WWE championship match during the Almighty Era. The two men went to war with each other and put on a hell of a main event…..until the ending. If the ending was a one off, I’d be fine with it, but nearly every year since the Hell In A Cell PPV was created somebody ends up getting into the cell. Originally the entire point of the Hell In A Cell match was to ensure nobody else could get involved to end the feud, yet nowadays the match has lost that meaning completely, and it feels like it just happens because it’s meant to happen at that time of year.

On the whole Hell In A Cell was a really solid and enjoyable PPV to end what has been a fantastic PPV run in the WWE Thunderdome. The show was easy to watch, and storylines were advanced well, however the monstrosity of what was Bliss vs Shayna, massively hurt the show. I can defend certain spots, such as objects falling from the roof backstage, as it could have been possible Alexa set the trap up beforehand, but possessing someone? That’s ridiculous. WWE should consider themselves extremely lucky that this happened in the Thunderdome, instead of in front of fans.