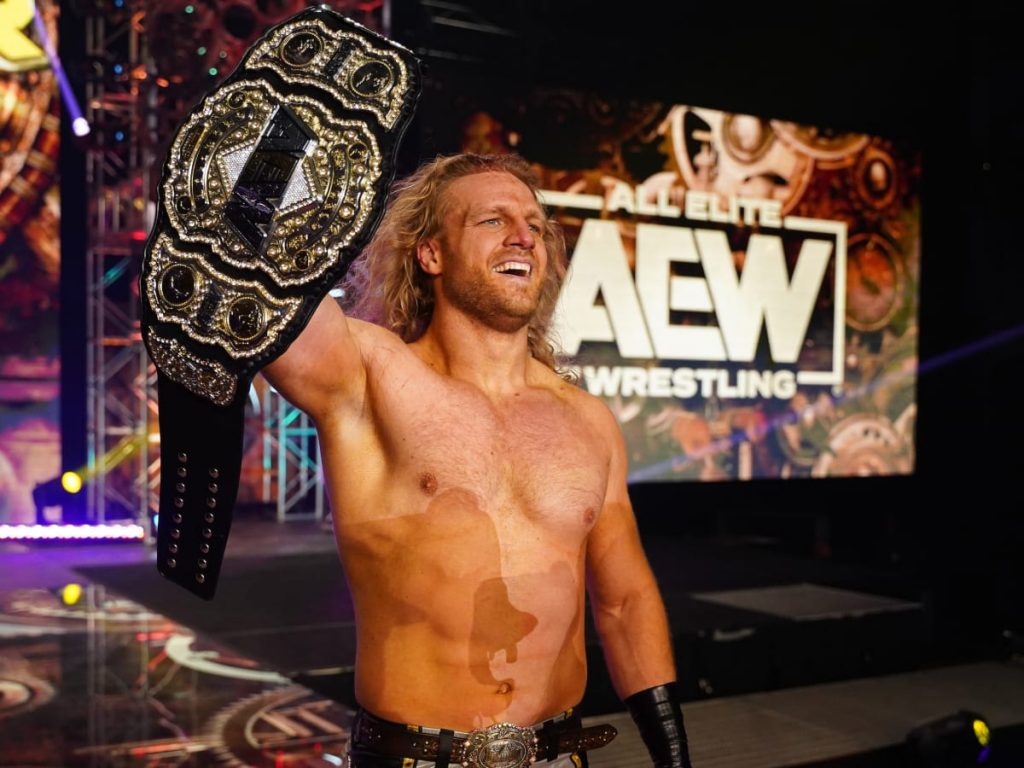 “Hangman” Adam Page had been one of the most popular stars in AEW since the promotion’s inception back in 2019. Before the first episode, it was clear that the star had high hopes and high hopes for him. He wanted to be the first-ever AEW World Champion, but obviously, that didn’t come to fruition as he would lose the chance to Chris Jericho. Soon after the show started, he would form a tag team with Kenny Omega, and the two would win the AEW Tag Team Championships together, but it soon became apparent that Hangman was having doubts about himself as a performer. These doubts caused a rift between him and the other Elite members, leading to his exile.

His doubts would haunt him for the next two years as he was on a journey to find his self-confidence again. This journey would lead him back to Kenny Omega and the Young Bucks. Ready to face his past, he took on Kenny at AEW Full Gear and beat him to fulfill his destiny to become world champion, concluding a three-year-long story.

It appeared from the start that Page was always destined to win the biggest prize in AEW, but while speaking on Oral Sessions with Renee Paquette, he claimed that that wasn’t exactly the case. Page said there were no plans for his eventual victory, saying:

“I wouldn’t even talk about, at least with my journey to the AEW World Championship as like some grand scheme that was hatched on day one or something like that because it never was, at least to me, it was never that way. When AEW started, I was just a guy losing all the Bullet Club multi-man matches. I don’t want to say I was a nobody, but I certainly wasn’t like the main event guy who was suddenly going to be main eventing the first-ever title match in AEW. I knew people wouldn’t buy it, and it didn’t matter what I said. It didn’t matter what I did in the time between. It was too fast. It was too soon. I knew people would be forgiving, but I knew they wouldn’t buy it deep down. It felt like I got off on the wrong foot, and I wanted to rectify that. I felt like the only way you can is to be vulnerable and to let that loss and disappointment come out over a long time. Every week we would get to TV, and it wasn’t like some grand scheme on how we get Adam Page winning the world title. I would think, how do I feel about this? What would I feel about this, and let’s do that this week.” (H/T WrestlingNews.com)

Page now prepares to face Bryan Danielson next week at Winter is Coming to defend his world title for the first time. CM Punk also stated on this past week’s episode of Dynamite that both he and MJF are going to want to have the next shot at the winner of the match and suggested that they fight for it. It remains to be seen where the angle goes or if either man will face off for the AEW title next.