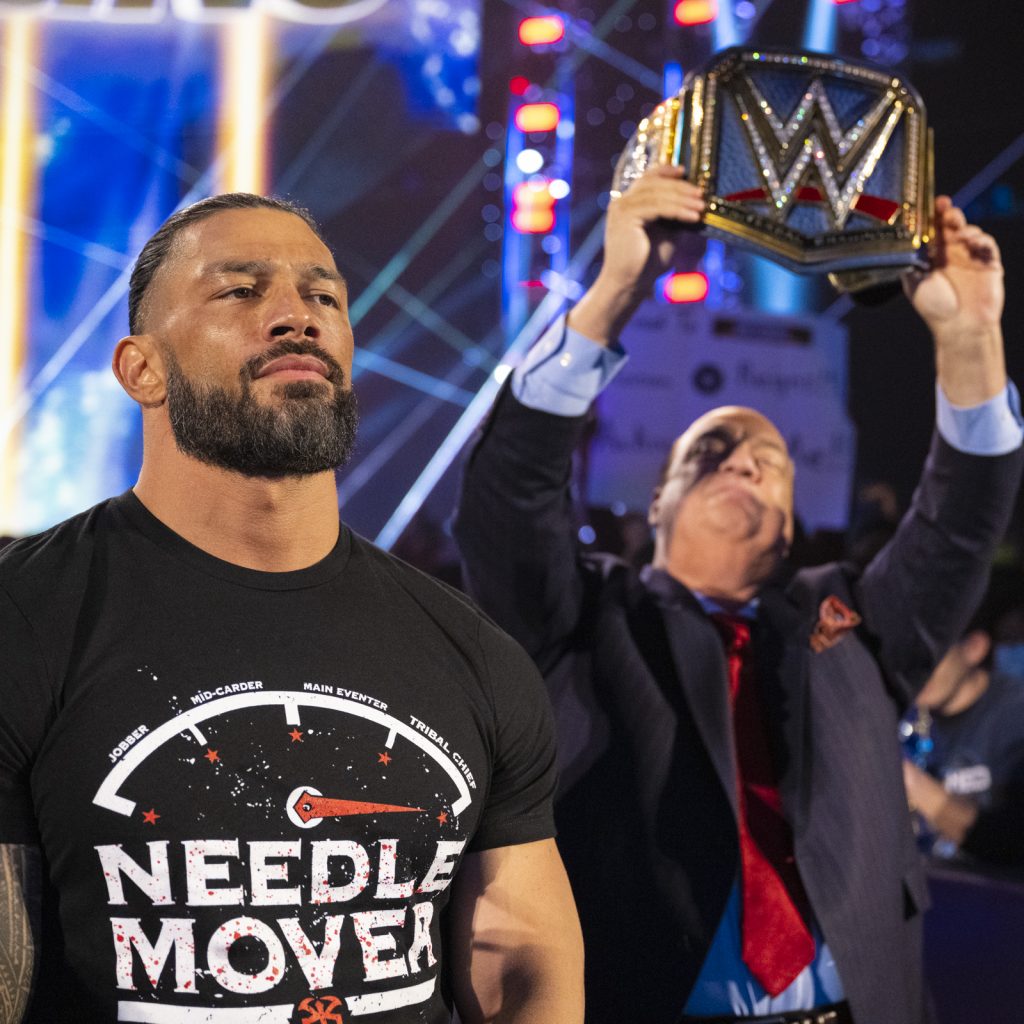 Over the past several weeks, Smackdown has slowly but surely been improving. Last week saw an excellent women’s title match between Charlotte and Naomi, a match definitely worth checking out. With Elimination Chamber tomorrow morning, how will Smackdown capitalize on the final show before the big premium live event? Let’s find out!

BELOW AVERAGE: First up we have the contract signing for the tag match at Elimination chamber with Ronda Rousey and Naomi taking on Sonya Deville and Charlotte Flair. The four bicker for a bit until Charlotte and Sonya reveal a secret stipulation where Ronda must fight the match with one arm tied behind her back. Ronda agrees to the stipulation and says that tonight she has two hands to fight with. Ronda “smashes” Charlotte’s head on the table and the four briefly brawl to end a mediocre start to the show.

AVERAGE: Sheamus is backstage with Ridge Holland and runs him down for losing last week. He tells him to retain the information he’s giving him and to get his head in the game. This leads into our next match.

GOOD: Up next is Sheamus vs Ricochet. Ricochet has a pre match promo saying that if Sheamus calls him a pest, he’s gonna need a big exterminator to get rid of him. This was a solid opening match between these two. The highlight of the match was definitely Ricochet hitting a beautiful Spanish fly from the top rope. The finish sees Ridge get on the apron to distract Ricochet, but Sheamus gets distracted instead, walking straight into the recoil. Post match, Sheamus shoves Holland and is upset that he’s still not listening.

GOOD: Sami Zayn is interviewed about what happened last week on In-Zayn. Sami takes no responsibility for what happened to Rick Boogs and finds it funny that no one cares what happens to him. Zayn talks about all of the misfortunes that led him to this moment. Tonight he vows to win back his Intercontinental championship.

AMAZING: We have a beautiful video package showing that the Undertaker is the first official inductee into the WWE Hall of Fame class of 2022. This video package was absolutely excellent.

BELOW AVERAGE: Up next is Jey Uso vs Ivar. This was an ok match but nothing special. The finish sees Ivar hit a top rope splash on Jey, but Jimmy runs in and hits Ivar with Erik’s headgear to cause the DQ. Erik runs in and fends off the Usos.

AVERAGE: Drew McIntyre comes to the ring and cuts a promo about New Orleans and memories he had on Bourbon Street. He runs down Happy Corbin and Madcap Moss, creating a hashtag called #MadcapMauling to submit suggestions to inflict pain on Moss. Corbin and Moss come out and run down Drew and his bad neck. They say they’re gonna finish what they started at Day 1 tomorrow at Elimination Chamber. Drew actually says that Moss has untapped potential and it’s a shame he chose to align with someone like Corbin. But, nonetheless, tomorrow is going to be the day the laughter dies.

GREAT (TITLE CHANGE): Up next is the Intercontinental championship match as Shinsuke Nakamura defends against Sami Zayn. Before the match Shinsuke has a brief interview discussing what his plan is going to be without Rick Boogs. Shinsuke simply says he’s going to kick Sami in the face. This was an excellent match between these two. The main story for this match saw Sami target Shinsuke’s knee. The finish sees Sami kick out Nakamura’s knee and simply pin him for the three and we have a new intercontinental champion!

AVERAGE: Ricochet and Aliyah talk backstage about Ricochet’s win against Sheamus earlier tonight, planting the seeds for what seems like a potential romance angle between the two. Sami Zayn ends the segment by showing up and gloating about his title win.

Finally we have the face to face between Roman Reigns and Goldberg to end the show.

Overall, this was definitely one of the weaker overall shows in recent weeks. The opening contract signing with Sonya, Naomi, Ronda and Charlotte was…not great. It felt like a giant waste of time and the added stipulation that Ronda has to compete with one arm tied behind her back is fairly uninspired. The Drew McIntyre segment was ok, but this whole feud with Corbin has been ok at best. The in ring action on this show, though, has actually been fairly entertaining throughout. Sheamus and Ricochet put on a surprisingly fun opening match. Sami Zayn and Shinsuke Nakamura put on an excellent Intercontinental title match and Sami winning the title was the right move in my opinion. The main face off between Goldberg and Roman Reigns was short, but enjoyable. Not as good as recent weeks, but still enjoyable for the most part.