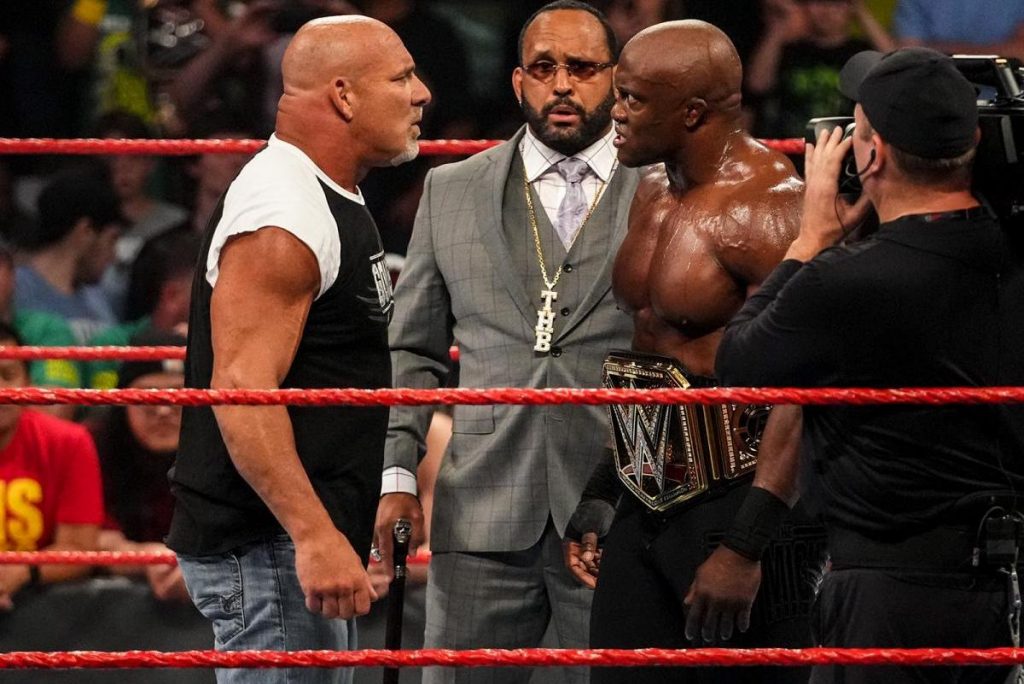 The feud between Goldberg and Bobby Lashley does not seem to be over.

According to WrestleVotes, the plan is for a Goldberg Vs Bobby Lashley rematch to take place in Saudi Arabia in October.

Bobby Lashley defeated Goldberg at Summerslam via referee stoppage, when Goldberg could not stand up due to a problem with his knee. After the match Goldberg’s son jumped in to attack Lashley, but Lashley locked him in a hurt lock, suggesting that this feud would continue anyway.